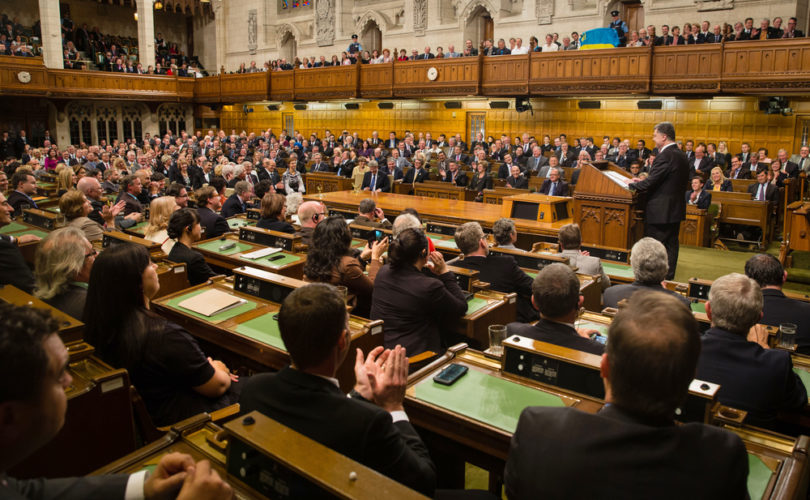 MPs sit in Canada's House of CommonsDrop of Light / Shutterstock.com

OTTAWA, January 13, 2016 (LifeSiteNews) – Two pro-life Conservatives are among the 11 MPs named to the Special Joint Committee on Assisted Dying.

Mark Warawa, veteran MP for Langley-Aldergrove, British Columbia, and Michael Cooper, the rookie MP for St. Albert-Edmonton, Alberta, have both been green-lighted as supportable by Campaign Life Coalition.

The three Conservatives, six Liberals and two NPD MPs will join the five senators (three Tories and two Liberal appointees) on the special committee, which the Liberal government formed in December.

The joint committee will meet on January 18 to elect a chair, and is expected to come up with recommendations on a law regulating physician-assisted suicide by February 26, 2016.

The appointment of the MPs, eight men and three women, comes a day after the federal and Ontario Liberal governments argued at the Supreme Court for an extension of six months to craft a law governing assisted suicide.

The Supreme Court struck down the existing law prohibiting assisted suicide and euthanasia as unconstitutional last February, but suspended its ruling for a year to allow the federal government time to draft a new law compatible with the court’s declared Charter right to medically assisted death.

New Democrat MPs on the committee are: Murray Rankin (BC) and Brigitte Sansoucy (PQ).

Alex Schadenberg, executive director of the Euthanasia Prevention Coalition of Canada, says he’s pleased Mark Warawa is on the committee, “because he’s actively working to try and make sure there’s an alternative route on this questions… I’m hoping he has a chance to have a strong voice.”

“My concern though is on the Senate side they picked Nancy Ruth,” Schadenberg said, noting that the senator supported a euthanasia bill in the past.

“I see that the committee clearly has Liberal control, which is probably to be expected in a majority government,” he told LifeSiteNews.

“I’m hoping that this committee will be willing to hear an open and honest position from other people,” he said. “Will the committee actually be open and willing to hear the perspective of others? That’s the key to me. If it’s willing to do that, then I’m all in favor of it and supportive of it.”