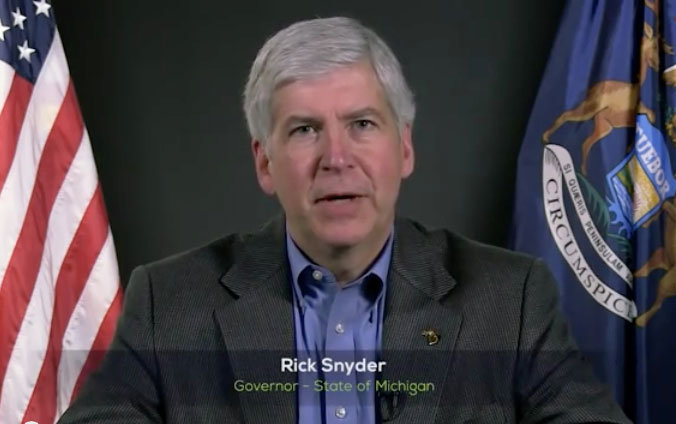 June 17, 2014 (LifeSiteNews) –  In the last week, two Republican governors with the same first name went in completely different directions on the issue of religious freedom.

A commonsense Florida law passed in the 1970s disallowed vulnerable young children from being placed in homosexual homes. Gov. Scott signed a bill Thursday that removes that protective restriction.

The state's conservative Republicans strongly opposed removing the ban, and they attempted to pass legislation which protected the religious freedom of Christian adoption agencies to claim a sincerely held moral belief that placing a child into a homosexual home, without both his mother and father, was not in the child's best interests.

But the attempt failed to gain support in the Republican-led legislature.

Gov. Scott offered a token to conservatives, saying he wants the legislature to take up the failed measure at their next session in 2016.

Immediately after removing the legal protection, Gov. Scott cited religious liberty as part of his decision. “Florida's laws must protect the free exercise of religious liberty and faith, while protecting Floridians from illegal discrimination. These are not, and never should be, mutually exclusive pursuits,” Scott said in a statement.

However, as the law stands, homosexuals may adopt, and faith-based adoption agencies face legal penalties for following their faith.

John Stemberger, the president of the Florida Family Policy Council, commented, “The most disturbing part about it is the decision is unprincipled capitulation of the rule of law.”

Ironically, Rick Snyder is considered a technocratic, moderate-to-liberal Republican, while Rick Scott has a reputation as a conservative.

Gov. Snyder signed a Michigan bill that allows religious adoption agencies to opt out of placing children in homosexual homes if they have a written policy saying that doing so violates their faith.

“The state has made significant progress in finding more homes for Michigan kids in recent years and that wouldn't be possible without the public-private partnerships that facilitate the adoption process,” Snyder reasoned. “We are focused on ensuring that as many children are adopted to as many loving families as possible regardless of their makeup.”

Tony Perkins of the Family Research Council explained, “Although the Left kicked and screamed about the bill, the reality is that it merely extends the protections to religious groups that Michigan already gives to private agencies…These are commonsense accommodations.”

“Adoption is not — and should never be — about adults. This is about giving children the best chance to succeed in life. And that means giving them a mom and a dad,” Perkins said.

He noted that legislators are anticipating a Supreme Court decision against natural marriage, which could be handed down later this month. “Like other states, the Wolverines are bracing themselves for the Supreme Court's marriage ruling this month and are doing everything they can to safeguard people with natural marriage views,” Perkins said. “Michigan is putting a hedge of conscience exemptions around adoption agencies in particular.”

Homosexual activists were upset with the legal allowance of religious freedom for private adoption agencies, accusing the law as government approved discrimination against LGBTQ couples and accusing Gov. Snyder of having “utter disdain for the welfare of children.” House Democratic Leader Tim Greimel said he is “bitterly disappointed” in Gov. Snyder's “betrayal,” and called the religious freedom legislation “adoption discrimination bills.”

Rana Elmir, deputy director of the American Civil Liberties Union of Michigan, said the ACLU will sue to stop “this dangerous legislation.” She then made a public call for gay couples who want to sue to contact the ACLU.

And yet, promoters of the Illinois same-sex adoption legislation had vigorously assured its opponents that it would not affect faith-based adoption agencies. Jack Smith of St. Joseph’s Catholic Key blog warned that Illinois advanced an “outright lie” in promoting the bill as not affecting Christian agencies should be a lesson for other states.

“Everywhere civil unions or same-sex marriages have become the law, they have been used to shut Catholic Charities out of adoption and foster care services,” Smith warned. “And there is no reason to expect they won’t be used to erode other religious freedoms down the road.”