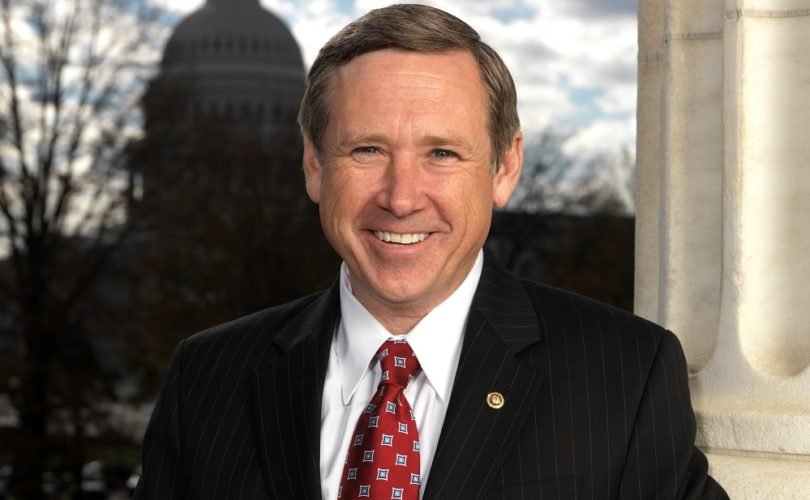 WASHINGTON, D.C., March 21, 2016 (LifeSiteNews) – The Human Rights Campaign (HRC) has backed two GOP members of Congress against their Democratic opponents – specifically because the Republicans back legislative priorities of the LGBT movement.

On Saturday, HRC announced its first set of endorsements. Out of more than a dozen candidates for office, Senator Mark Kirk of Illinois and Rep. Bob Dold – who took Kirk's old seat in the House – received support due to their “strong commitment” to LGBT issues on Capitol Hill.

Perhaps the most important contribution Kirk and Bold have made to the LGBT agenda is their co-sponsorship of the so-called “Equality Act,” which would add sexual orientation and gender identity to the list of federally protected demographics. Dold was the first Republican in Congress to back the Act, while Kirk's support makes it just his latest effort to push the homosexual agenda.

“From supporting nationwide marriage equality, to co-sponsoring the Equality Act, these members of Congress have demonstrated a strong commitment to equality during their terms,” said HRC President Chad Griffin in a press release. “These members of Congress are standing with the bipartisan majority of Americans who believe that everyone, including LGBT people, should be able to have a fair chance to earn a living, provide for their families, and live free from fear of discrimination. HRC is proud to support them in their re-election campaigns.”

The endorsement of Kirk, who is facing Rep. Tammy Duckworth, D-IL, in what many say could be the toughest Senate fight of the year, was perhaps the most surprising in the list. Duckworth has a higher scorecard ranking with HRC, which “scores” how members vote on different pieces of legislation, but a spokesperson for the group said in an email to The Hill that “Mark Kirk has had a strong record and scores during his time in Congress, including votes for ENDA and HIV/AIDS funding. The scorecard is one of several criteria used to evaluate members of Congress, but doesn't capture their full record.”

“Because the scorecard reflects the particular mix of votes and cosponsorships that occur in each chamber during a particular Congress, House and Senate members are not rated on the exact same issues,” said the spokesperson.

“ENDA” is short for the “Employment Non-Discrimination Act,” which would force businesses to ignore sexual orientation, gender identity, and other factors when hiring. Three Senate votes were highlighted by HRC in its endorsement list, and one House vote was highlighted.

All of the endorsed incumbents back legally redefining marriage. Kirk was one of two Republican senators to file support with the U.S. Supreme Court asking it to redefine marriage, which it did last year.

Both Kirk and Dold also support federal funding of Planned Parenthood. Many pro-life activists, especially Catholics, consider marriage and abortion two sides of the same life equation. The founder of 40 Days for Life, David Bereit, told LifeSiteNews at the 2015 March for Marriage that “the various moral issues we confront in our culture today are all intrinsically connected. When you look at the various factors that lead to the breakdown of nations and civilizations, they are moral factors. It's the devaluing of human life, it's the abandonment of religious belief and practice, it's immorality – the increase thereof – and it's the breakdown of the family.”

Two LGBT activists seem to agree, at least on a constitutional level. A prominent same-sex couple wrote in a recent op-ed that “LGBT rights and abortion rights are inseparable” because the same privacy rights the Supreme Court found in Roe v. Wade were the harbinger of the sodomy privacy laws found by the U.S. Supreme Court in 2003.