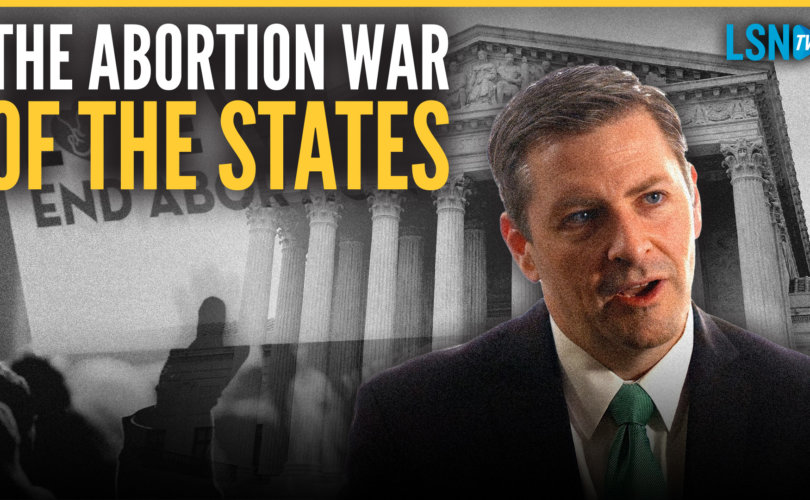 “We’re two weeks after Dobbs, and folks are still not understanding the full extent of what it means to properly wipe away Roe,” said Peter Breen, attorney with the pro-life law firm Thomas More Society, in an exclusive interview with LifeSiteNews’ Jim Hale. “And what we need to be doing at the state level on the pro-life side in both a creative and a very forward-looking way to create an environment, where every unborn resident of a pro-life state is protected, no matter where that person may be.”

The Thomas More Society’s efforts to generate a legal framework for protecting the unborn from out-of-state abortion stemmed from its analysis on where gaps in the law would be once Roe was overturned. The enterprise had not even been officially promoted when it was brought to light by The Washington Post.

“Having not actually properly formally launched our initiative, we’re now running full speed,” said Breen, elaborating on the many media inquiries and critiques from the left the group has since received. “This is what we’re here for — to save as many babies as possible.”

Lawmakers from pro-abortion states have now enacted laws to attempt to shield out-of-state abortion-seeking mothers from the pro-life laws of their native state. In addition to vowing to challenge laws banning travel for abortion, Breen said the Biden administration seeks to expand access to chemical abortion.

“What Biden won’t talk about, and what you will not here these folks from the other side talk about, is that there are existing federal statutes that have been on the books since 1873 or before,” Breen continued. “They specifically prohibit the mailing of abortion pills, or the carrying of abortion pills on any common carrier. That’s illegal right now under federal law.”

While the left seeks to stagger its way back to an era of unrestricted abortion in the United States, Breen says the Dobbs case is unique and promising in that the Supreme Court holds “that there are two human beings involved in an abortion.”

The pro-life attorney reasoned that this profound admission will not only provide a rational basis for states to protect unborn human life, but also sets the stage for a further pro-life transformation of the law.

“I think we are going to see great results in the states, and in the federal government, we can see a real change in 2024,” he concluded.