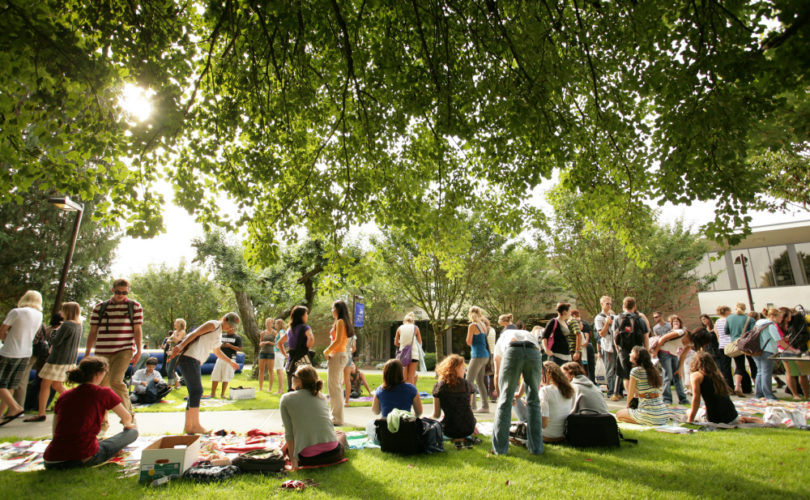 The New Brunswick Law Society has by the narrowest of margins reaffirmed its approval for a proposed Christian law school, bucking the trend set by its peers in British Columbia, Ontario, and Nova Scotia.

The governing council of the New Brunswick legal profession had earlier approved Trinity Western University’s proposed law school, but after a general meeting of the society’s membership had recommended rejection, the council this month considered a motion to reverse its initial decision. That motion failed by a single vote—in a 12-to-12 tie.

According to law society president Helene Beaulieu, the vote’s closeness reflects how challenging is the root issue, which pits religious freedom against the rights of sexual minorities.

And if the law society had a problem, she warned, so too will the courts. “This result is indicative of the difficult issue that the Courts will have to decide,” she said. The courts in B.C., Ontario, and Nova Scotia will all have to decide whether their law societies, in rejecting Trinity Western University law grads in advance, are violating the Charter of Rights and Freedoms. The case has already been tried in Nova Scotia with the decision pending.

At issue is whether Trinity Western University, a private Christian institution in Langley, B.C. that already trains nurses, teachers and MBAs, is itself discriminatory against homosexuals by virtue of its “community covenant.” This requires staff and students to abide by the traditional Christian prohibition against homosexual and premarital heterosexual relations.

The Supreme Court of Canada already ruled on the issue in 2001, when it found that the school’s community charter was not sufficient grounds for the B.C. teaching profession to reject the school’s teaching graduates.

The Federation of Canadian Law Societies, usually tasked with accrediting law schools, agreed, and approved TWU’s proposed law school in December 2013. The governing council of British Columbia’s law society agreed as well, but after two votes of the general membership went against TWU, the council reversed its position. Ontario’s law society rejected TWU from the outset.

And late last year the B.C. government withdrew its approval because of the votes by the two biggest English-speaking law societies in the country. Still, the legal professions in Alberta, Saskatchewan, the Yukon, and Prince Edward Island have accepted TWU law, while Manitoba and Newfoundland have simply let the federation ruling stand.

TWU was quick to grasp its small victory in New Brunswick. TWU spokesman Guy Saffold said the university was “very pleased with the LSNB’s decision,” noting that it was based on the decisions of the 2001 Supreme Court and the federation of law societies.

While all of Canada’s older universities were founded by or affiliated from the first with Christian groups, most have only nominal religious connections now, if any. Even before the homosexual rights issue came to the fore, attempts to establish new Christian schools affiliated to secular universities, such as the King’s College at the University of Alberta, or a chair of Christian studies at the University of Victoria, have been forcefully resisted by the established academics on the basis of religion alone.