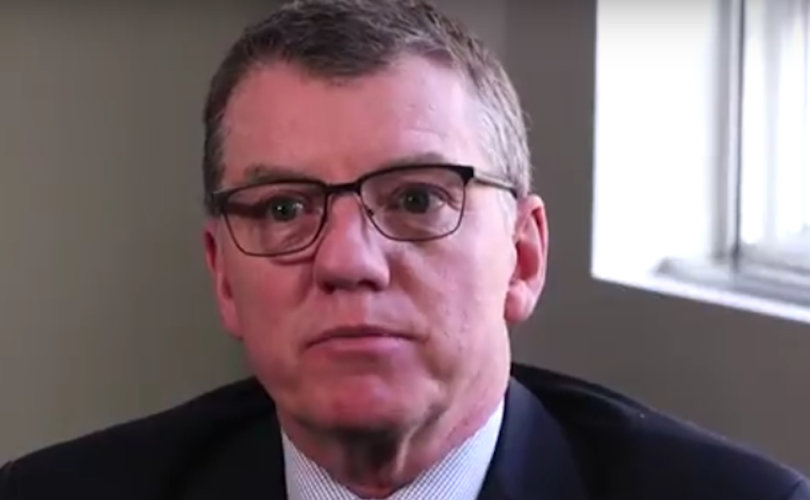 EDMONTON, Alberta, April 3, 2017 (LifeSiteNews) — The University of Alberta’s president is singing the praises of a pro-homosexual institute even after revelations it runs a government website for kindergarten to Grade 12 students that provided links to graphic homosexual content.

In an email to Brian Rushfeldt, founder and former president of Canada Family Action, University of Alberta president David Turpin lauded the Institute for Sexual Minorities Studies and Services, part of the university’s education faculty, as “groundbreaking and nationally recognized.”

Ng, who blogs at Informed Albertans, wrote that Alberta Education recommends the GSA Network site for kindergarten to Grade 12 students. Since her revelations, 18 links have been removed from the site.

She started a petition to Education Minister David Eggen asking that the NDP excluded the ISMSS from any involvement in Alberta Education curriculum rewrites, resources, research or teacher training.

But Rushfeldt says the University of Alberta also is directly implicated in the affair and must be held to account.

The ISMSS is part of the university’s faculty of Education, he pointed out.

Moreover, the recently elected chair of the University’s board of directors is longtime homosexual activist Michael Phair,

Phair is also an adjunct professor at ISMSS.

Rushfeldt also pointed to the response of University of Alberta professor Kristopher Wells, director of the ISMSS, to Ng’s revelations.

Wells described Ng’s report as “sensationalism” and “nothing more than hysteria” in a March 14 statement to radio talk show host Danielle Smith.

He then used the Informed Albertans post to fund-raise, asking supporters in a tweet to “turn hate into help,” as Ng noted.

Rushfeldt wrote President Turpin on March 15 asking if he was “aware that the U of A has been implicated in providing materials to children that could reasonably be considered as sexual grooming material in the eyes of under age children.”

“Is there any action being taken to investigate who is responsible for posting/linking the questionable materials?” Rushfeldt asked then.

“This is atrocious behavior to be promoted from any University.”

So Wells was “fully aware” the linked material was “disgustingly inappropriate for children since he reposted and cheered about money received from one of the groups listed,” Rushfeldt wrote in his second email to Turpin.

Turpin responded in an email March 29, which Rushfeldt forwarded to LifeSiteNews.

The GSA Network website “and the GSA coordinator position are supported administratively by the groundbreaking and nationally recognized Institute for Sexual Minority Studies and Services (iSMSS) at the University of Alberta,” the president wrote.

“This institute’s work includes Camp fYrefly, the No Homophobes anti-bullying campaign, and most recently the highly successful Pride Tape initiative, which aims to create a safe and welcoming environment for all children and adults in sport.”

The university “supports the important work that both iSMSS and the GSA Network are doing in Alberta to create safe and inclusive schools and communities for all of Alberta’s youth,” concluded Turpin.

“There is no apology from President Turpin for this dangerous information going to children,” Rushfeldt told LifeSiteNews.

The president “acknowledged the removal of links but with no explanation as to who put them on,” he added. “The lack of holding anyone responsible is disgusting.”

Meanwhile, Donna Trimble, executive director of Parents for Choice in Education, has filed a complaint with the Edmonton Police Service and the RCMP.

She’s concerned that providing links to explicit sexual material on a website the NDP government funded and recommended for students was a possible breach Criminal Code Sections 152 (invitation to sexual touching) and 153 (sexual exploitation).

The RCMP has referred the matter to its Alberta Integrated Child Exploitation Unit, according to Trimble.