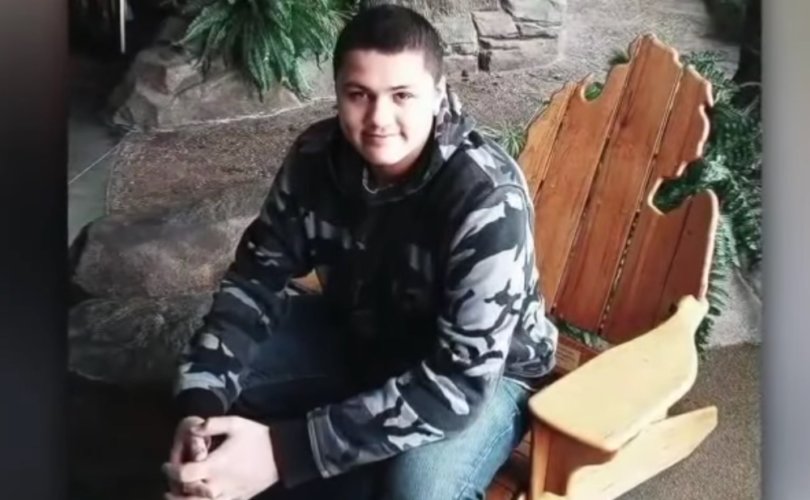 ANN ARBOR, Michigan, October 16, 2019 (LifeSiteNews) – Bobby Reyes, a 14-year-old boy from Michigan who doctors declared “brain dead,” died yesterday after a judge dismissed his family’s court case asking he be given more time. The University of Michigan C.S. Mott Children’s Hospital removed his ventilator just hours later. The case was heard at 10:00 a.m. and by 3:00 p.m. the hospital had released a statement declaring Bobby to be dead.

Bobby suffered a cardiac arrest on September 21 after experiencing an asthma attack and was airlifted to the University of Michigan C.S. Mott Children’s Hospital in Ann Arbor.

Doctors at the hospital diagnosed Bobby as being “brain dead” and within a week of that diagnosis informed his family that his ventilator would be removed, bringing an end to his life.

Bobby’s family brought the case to court to seek more time to arrange a transfer for their son.

But that request was denied by Judge David Swartz of the Washtenaw County Circuit Court yesterday morning, and the medical staff at the University of Michigan hospital disconnected Bobby’s ventilator just hours later.

The decision to remove Bobby’s ventilator was made after a second brain death examination was made Monday which pronounced him dead. But Bobby’s family has continually pointed out that the hospital has admitted that there has been improvement in Bobby’s condition and that it is only possible for a living person to get better.

They have claimed that other doctors believed there was hope for Bobby, including Richard P. Bonfiglio. Bonfiglio is himself a graduate of the University of Michigan’s medical school and attended the court hearing yesterday.

He told the Detroit Free Press that he had reviewed Bobby's charts and visited him in the hospital, although he did not conduct a formal examination because he lacks admitting privileges at the hospital.

When asked if he had seen reasons for the family to hope, he said, “Absolutely, yes. The problem is the whole determination of brain death is not a precise science at this point, so when you're dealing with this kind of situation, I would rather err on the side of giving him a chance than on terminating things.”

“The University of Michigan just killed my son,” she said. “Our lawyer Bill had a papers at the courthouse in his hand that could have saved him but they rushed this whole thing so fast. Bobby is gone and I feel numb we tried so hard to save em I let my boy down. My heart is [broken] we were so close to finding him a place they couldn't give us no time monsters and murderers.”

LifeSiteNews wishes to extend our deepest sympathies to all of Bobby’s family and friends and will bring you further coverage of this tragic story in the coming days.