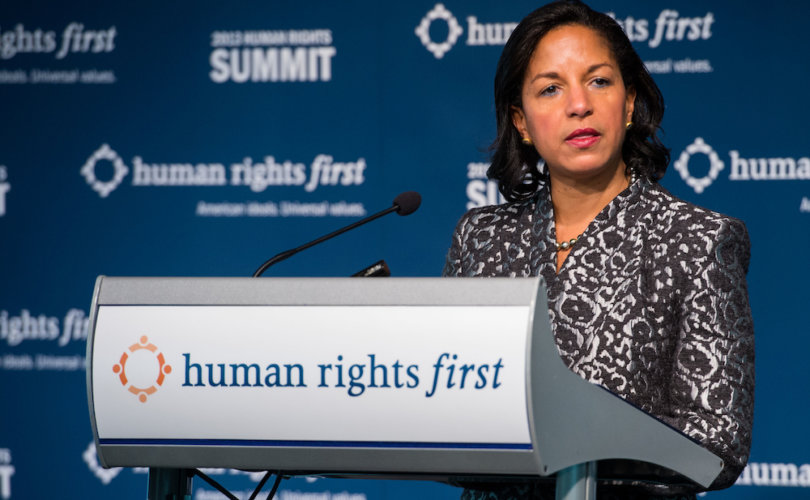 The policy, which went into effect Tuesday, affects every contract through the United States Agency for International Development (USAID).

USAID contracts “must ensure that all people can benefit from these federally-funded programs regardless of race, religion, disability or sexual orientation, and gender identity,” Rice said. “It’s a major step towards ensuring that American assistance is provided in a fair and equitable manner.”

USAID Administrator Gayle Smith in a statement the new policy “marks an important step forward” for USAID and its partners and “ensures our inclusive approach to development will continue into the future.”

The LGBT protections in the new USAID policy do not extend to employees of overseas organizations that receive U.S. funding, nor does it include USAID grantees.

“USAID has taken an important step in ensuring that people around the world who are being helped by U.S. taxpayer-funded programs are able to access them without fear of discrimination because of who they are or whom they love,” HRC Director of Government Affairs David Stacy said in a statement. “This is a critical protection that can make a huge difference in the lives of LGBTQ people.”

Still, the increased LGBT protections in USAID contracts were not enough for HRC, which wants them written into employment policy as well.

“While this is a step forward, we ultimately hope to see all implementers across all U.S. foreign affairs agencies — including USAID — include non-discrimination policies that cover not only the services they provide but also the people they hire,” he added. ”No organization supported by U.S. taxpayer dollars should turn anyone away because of their sexual orientation or gender identity.”

Obama’s 2014 executive order banning federal contractors from excluding people from employment based on sexual orientation or gender identity went into effect in April 2015. However, homosexual activist groups continue to push the Obama White House to ban “discrimination” against LGBT-owned businesses in procuring federal contracts as well.

More recently, it funded a contraception program in the Democratic Republic of the Congo, introducing multi-millions of units of contraception there, causing a skyrocketing birth control rate in an area where it had previously been nearly nonexistent because of cultural norms.