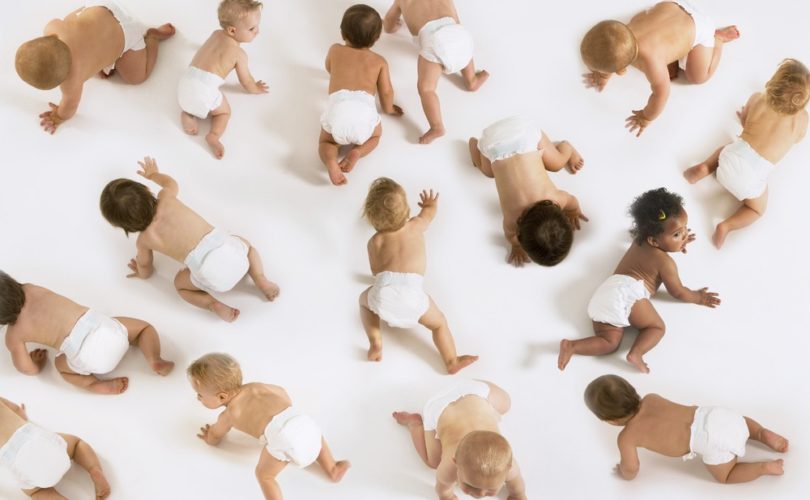 The U.S. birth rate fell into another decline, reaching an all-time low in 2013, according to statistics released today by the Centers for Disease Control and Prevention (CDC).

The fertility rate for American women has dropped 10 percent since that time, due to the Great Recession and women putting off having children until they are out of their 20s.

“Economists say the recession ended in 2009, but nobody told American women,” Kenneth Johnson, a demographer at the University of New Hampshire, told Neil Shah of the Dow Jones Business News.

Those reductions were not offset by increases among the oldest women – whose pregnancies are the most fraught with danger.

“Childbearing continues to rise among older women, however, with rates for women aged 35 and over at the highest levels seen in approximately 50 years,” the CDC reports.

Physicians warn of the dangers of putting off childbirth, noting the potential for infertility, birth defects, and miscarriages all rise dramatically.

“Biologically, the optimum period for childbearing is between 20 and 35 years of age,” the UK's Royal College of Obstetricians and Gynecologists (RCOG) said in January. “Within a year, 75 percent of women aged 30 and 66 percent of women aged 35 will conceive naturally and have a baby. After this, it is increasingly difficult to fall pregnant, and the chance of miscarriage rises.”

More than half of all children conceived after the age of 44 will result in miscarriage, according to the American Society for Reproductive Medicine. The miscarriage rate is 530 percent higher for women 45 or older than for women under 30.

Economists warn that the ongoing population plunge threatens the U.S. economy, a danger faced by nations in Europe and East Asia for decades.

Shah reports that a contracting population base “means fewer workers to propel the economy and a smaller tax base to finance benefits for the elderly. The trend also promises to weigh on consumer spending, which fuels two-thirds of economic activity; if fewer women have children, there's less buying of diapers, school supplies and homes to accommodate growing families.”

The country’s fertility rate first dropped below replacement level in 2010.