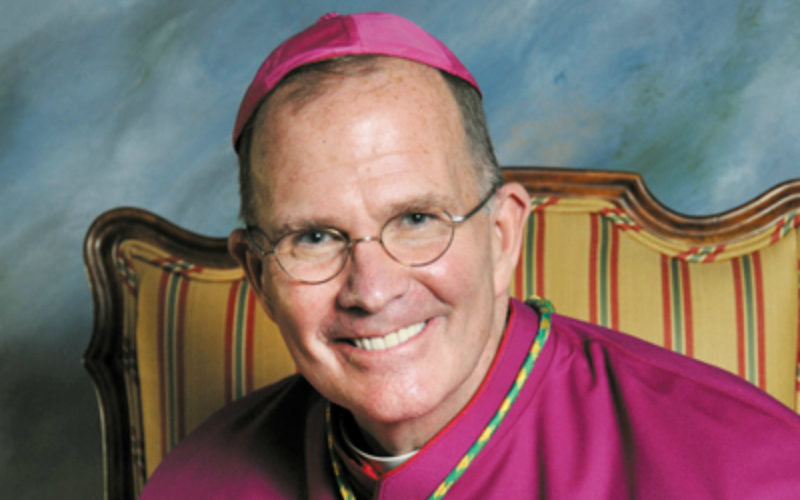 October 8, 2015 (LifeSiteNews) – At times Pope Francis makes things difficult for his bishops, one U.S. Catholic prelate says, noting the Holy Father’s improvisational manner often leaves them to deal with the fallout of confusion.

In the past when a document came out from a pontiff, he said, the bishops would get advance notification so they could be prepared to help communicate the message.

“That doesn't happen now,” said Bishop O’Connell. “I'm as surprised at times by some of the announcements as anybody else is.”

“That's really where we're having at times some struggle, some confusion,” Bishop O’Connell said. “And he never goes back to clarify. He just puts it out there.”

Bishop O’Connell made his remarks just prior to Pope Francis’ U.S. visit late last month, in which he also challenged the media depiction of the pope as “a kind of superman of mercy,” less concerned with Church teaching than his predecessors.

The bishop expressed his misgivings about possible media misinterpretation, as well as the possibility that the Holy Father himself might go off script as he is so often inclined to do.

“That's really where we're having at times some struggle, some confusion,” Bishop O’Connell said. “And he never goes back to clarify. He just puts it out there.”

The pope’s approach is that of a good Jesuit teacher, the Trenton bishop said, one who throws it out there and lets his students figure it out.

But there was concern for the bishop as to whether this would serve Pope Francis well on his trip to the U.S.

The bishop’s apprehension over media interpretation also extended to what the final takeaway message would be from the pope’s visit. He feared that the purpose for the pope’s coming would be lost, and it would be made into something political.

“The one thing about the trip that concerns me – that's the reason he's coming,” Bishop O’Connell said. “To lift up family life. To talk about family as central, and the values that surround our Catholic understanding of family. To lift them up for people to see, and embrace.”

The Holy Father’s U.S. trip was accompanied by visits to Cuba, the United Nations and Congress, which were the subject of much media attention while he was here. But even these were later overshadowed by the news and resulting uproar over the pope’s meeting with Rowan, Kentucky County Clerk Kim Davis, known for going to prison for refusing to issue marriage licenses to same-sex couples.

Many media outlets condemned or tried to downplay Pope Francis’ meeting with Davis, and the Vatican press office repeatedly changed its explanation of the encounter.

But Pope Francis’ own communication style has also contributed to the prevailing confusion, according to the bishop, including presumptions that the Church will soon change its teaching on homosexuality, marriage, or Communion for divorced and remarried Catholics.

Bishop O’Connell explained that when he does something that will affect his diocese, he explains it carefully.

“And if there's any confusion I clarify it immediately so that people don't walk away from me not knowing what I meant. I think that's critically important,” he said.

Pope Francis practice of regularly operating without clarification, coupled with his personal approach, has created a high level of expectation that he will change Church teaching, according to the New Jersey prelate. “And he says it with a smile, and a loving embrace, so it makes it even more appealing.”

The pope’s attitude toward sin is not less rigorous than that of previous pontiffs, as the media would have everyone believe, the bishop said, nor would this be a realistic approach for shepherds of the Church.

“You know, for pastors, it'd be great if we had easy answers,” Bishop O’Connell said. “It'd be great if we could say, ‘Ah, it doesn't matter.’ Like the hymn that we sing in church, ‘All Are Welcome.’ That we said, ‘All right, no matter what your situation, just come.’”

Pope Francis’ popularity does provide a great chance to communicate Church teaching and evangelize, he said, but so far, that’s being distorted to say that the pope embraces sin.

“At the end of the day,” he said, ‘the Francis effect’ has to be evaluated by its ability to transform and convert people into people of faith who go to church and participate in the life of the Church.”

“So far, everybody loves Francis, but there's no difference in the pew,” he said. “What we're realizing is, it's going to take more time than we thought.”

“That's not a criticism of Francis. But it's a challenge to the people of faith: ‘Don’t tell me you love me, show me.’”