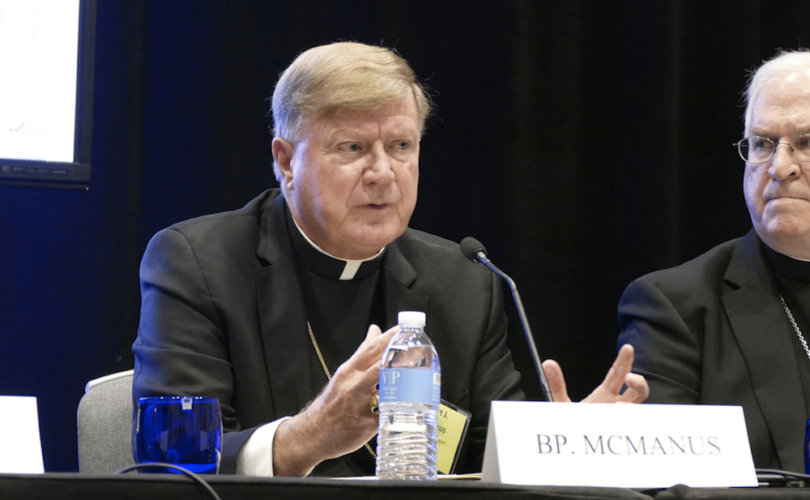 The revised directives clarify the local diocesan bishop’s governing authority with regard to collaborative arrangements between Catholic and non-Catholic healthcare institutions and public juridical persons.

The revision entailed a complete restructuring of the introduction of Part 6 of the Ethical and Religious Directives for Catholic Health Care Services (ERDs), and the new introduction recalls the Church’s overall mission of healing as expressed through the ERDs.

Part Six of the ERD is in regard to Forming New Partnerships with Health Care Organizations and Providers.

“Such collaborative arrangements can pose particular challenges if they would involve institutional connections with activities that conflict with the natural moral law, church teaching, or canon law,” it goes on to state. “Immoral actions are always contrary to ‘the singular dignity of the human person, the only creature that God has wanted for its own sake.’”

The intro to part 6 continues:

“It is precisely because Catholic health care services are called to respect the inherent dignity of every human being and to contribute to the common good that they should avoid, whenever possible, engaging in collaborative arrangements that would involve them in contributing to the wrongdoing of other providers.”

In its discussion of the collaborative arrangements between Catholic and non-Catholic institutions and healthcare systems, the new introduction to Part Six also includes a description of the principles governing cooperation in evil. The language in the description is derived from the magisterial teaching of the Church, in particular Pope St. John Paul II and Evangelium Vitae #74.

Some of the existing directives were also reordered and revised, and the number of directives increased from six to 10.

“These changes address how cooperation should be evaluated morally when these partnerships are being affected,” said Worcester Bishop Robert McManus, chair of Subcommittee for Health Care Issues.

The issue that led to the revision was the governing authority of bishops over hospitals that belong to a trans-jurisdictional hospital system.

Bishop McManus detailed the action item’s history for the Bishops.

In 2013, the USCCB’s Doctrine Committee sent dubium to the Congregation for the Doctrine of the Faith with questions regarding the transformation of a Catholic health-care system into a non-Catholic system.

The CDF responded in 2014, not in the usual affirmative or negative to the dubium, instead with the document titled Some principles for Collaboration with Non-Catholic Entities in the Provision of Healthcare Services, with a total of 17 principles.

A November 2014 proposal implementing the process gained approved, and the vision team formed to begin the revision.

Over the next several years, several drafts were made and numerous parties consulted, including the USCCB’s Committee on Canonical Affairs, the Sub-Committee on Healthcare Issues, the Committee on Laity, Marriage, Family, Life and Youth, the Committee on Pro-Life Activities and the Ad-Hoc Committee for Religious Liberty.

Also consulted in the process were the three largest healthcare systems in the country — Ascension Healthcare, Christus Healthcare, and Trinity Health.

The Bishops voted 183-2 in favor, with two abstaining, of the revised text of Part Six of the Ethical and Religious Directives for Catholic Health Care Services.