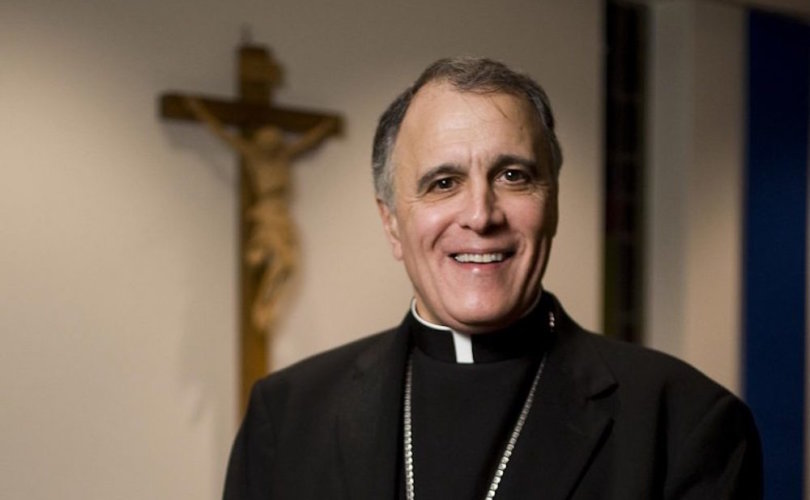 November 2, 2017 (LifeSiteNews) – The president of the U.S. Catholic Bishops said the conference will “always stand in strong unity with and loyalty to the Holy Father, Pope Francis,” after it sacked a priest for writing to Pope Francis that his papacy is marked by “chronic confusion.”

Cardinal Daniel DiNardo of the Archdiocese of Galveston-Houston and president of the U.S. Conference of Catholic Bishops (USCCB) said the sacking of Father Thomas Weinandy presents an “opportunity to reflect on the nature of dialogue within the Church.”

Weinandy’s letter, which he made public after Pope Francis didn’t respond, told the pontiff that many among the faithful “are losing confidence in their supreme shepherd.” Weinandy said this is because the Pope has appointed bishops who not only “hold views counter to Christian belief but who support and even defend them.”

Weinandy said the pope’s manner “seems to demean the importance of Church doctrine,” as Pope Francis has “again and again” portrayed doctrine as “dead and bookish.”

Your critics have been accused, in your own words, of making doctrine an ideology. But it is precisely Christian doctrine – including the fine distinctions made with regard to central beliefs like the Trinitarian nature of God; the nature and purpose of the Church; the Incarnation; the Redemption; and the sacraments – that frees people from worldly ideologies and assures that they are actually preaching and teaching the authentic, life-giving Gospel.  Those who devalue the doctrines of the Church separate themselves from Jesus, the author of truth.

Hours after the letter was made public, the USCCB asked Weinandy to resign. He submitted his resignation and the USCCB issued a short statement from its chief communications officer, James Rogers.

“After speaking with the General Secretary of the Conference today, Father Thomas Weinandy, O.F.M., Cap., has resigned, effective immediately, from his position as consultant to the USCCB Committee on Doctrine,” Rogers said. “The work of the Committee is done in support of, and in affective collegiality with, the Holy Father and the Church in the United States. Our prayers go with Father Weinandy as his service to the Committee comes to a close.”

“Throughout the history of the Church, ministers, theologians and the laity all have debated and have held personal opinions on a variety of theological and pastoral issues,” said DiNardo, noting “in recent times, these debates have made their way into the popular press.”

Although that’s “often good,” DiNardo said these reports use “distinctions” that “are not always very helpful.”

“These reports are often expressed in terms of opposition, as political – conservative vs. liberal, left vs. right, pre-Vatican II vs Vatican II,” he explained.

“Christian charity needs to be exercised by all involved,” the cardinal continued. “In saying this, we all must acknowledge that legitimate differences exist, and that it is the work of the Church, the entire body of Christ, to work towards an ever-growing understanding of God's truth.”

Quoting St. Ignatius of Loyola, DiNardo said, “it should be presumed that every good Christian ought to be more eager to put a good interpretation on a neighbor's statement than to condemn it.”

“This presupposition should be afforded all the more to the teaching of Our Holy Father,” said DiNardo.

In his letter, Weinandy wrote to Pope Francis:

You have often spoken about the need for transparency within the Church. You have frequently encouraged, particularly during the two past synods, all persons, especially bishops, to speak their mind and not be fearful of what the pope may think.  But have you noticed that the majority of bishops throughout the world are remarkably silent?  Why is this?  Bishops are quick learners, and what many have learned from your pontificate is not that you are open to criticism, but that you resent it.  Many bishops are silent because they desire to be loyal to you, and so they do not express – at least publicly; privately is another matter – the concerns that your pontificate raises.  Many fear that if they speak their mind, they will be marginalized or worse.

The USCCB “(reinforced) Fr. Weinandy’s very point about fearfulness and lack of transparency,” Catholic World Report noted after the news broke that Weinandy was forced to resign.