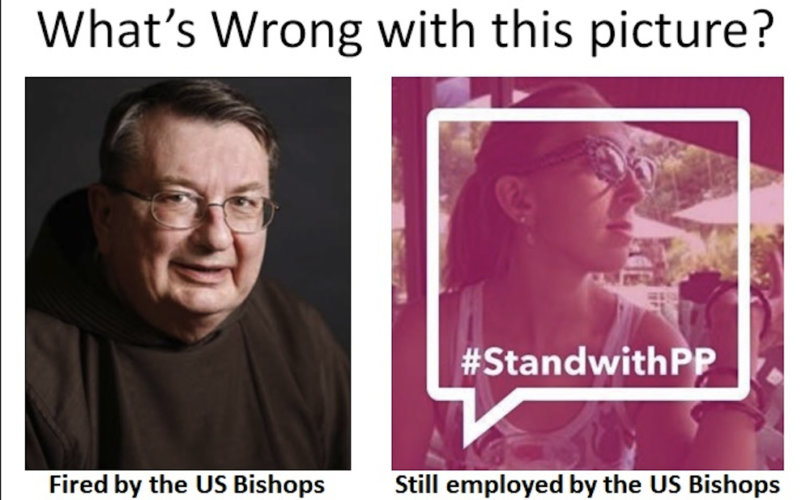 November 2, 2017 (Lepanto Institute) — With unprecedented swiftness, the United States Bishops Conference asked for the resignation of a consulting priest on same day his letter to Pope Francis was published. Capuchin Father Thomas Weinandy, who served as the USCCB’s Executive Director of the Secretariat for Doctrine and Pastoral Practices from 2005 to 2013, sent a letter to Pope Francis this past July, telling His Holiness that his “guidance at times seems intentionally ambiguous” and that he seems “to censor and even mock those who interpret Chapter 8 of Amoris Laetitia in accord with Church tradition as Pharisaic stone-throwers who embody a merciless rigorism.”

While strongly worded, the letter was written with the utmost charity and respect for the Holy Office. The USCCB, on the other hand, did not see it that way, and within hours of the letter’s publication, Fr. Weinandy was asked to resign from his position as a doctrinal consultant.

One amazing aspect of Fr. Weinandy’s letter was the manner in which he made the decision to write it. According to an interview with Crux:

Weinandy said his decision to write the letter was not easy, and resulted from what he regards as a moment of inspiration.

It came last May, he said, when he was in Rome for a meeting of the International Theological Commission. He said he spent two different sessions in prayer at St. Peter’s Eucharistic Chapel, struggling to decide if he should speak up. In the middle of a sleepless night, he said, he basically gave God an ultimatum.

“If you want me to write something, you have to give me a clear sign,” Weinandy recalls saying. “Tomorrow morning, I’m going to Saint Mary Major’s to pray, and then I am going to Saint John Lateran. After that, I’m coming back to Saint Peter’s to have lunch with a seminary friend of mine.”

“During that interval, I must meet someone that I know but have not seen in a very long time, and would never expect to see in Rome at this time.  That person cannot be from the United States, Canada or Great Britain.  Moreover, that person has to say to me, ‘Keep up the good writing.'”

Sure enough, Weinandy said, exactly that happened the next day, in a chance meeting with an archbishop he’d known a long time ago but not seen for over 20 years, who congratulated him for a book on the Incarnation and then said the right words, “Keep up the good writing.”

“There was no longer any doubt in my mind that Jesus wanted me to write something,” Weinandy said.  “I also think it significant that it was an Archbishop that Jesus used. I considered it an apostolic mandate.”

Clearly, this priest’s decision to write such a strong letter to the Holy Father was done with deep prayer and careful consideration.

Contrast this, however, with an individual who is still employed by the bishops of the United States despite the fact that she openly proclaimed her allegiance with Planned Parenthood on social media.

Last August, the Lepanto Institute reported that Jessica Garrels, program quality coordinator for Catholic Relief Services, had strongly supported and promoted Planned Parenthood on her Facebook page.  In that report, we showed that on November 28, 2015, Garrels posted a “#StandwithPP” overlay over one of her pictures, indicating that she supports Planned Parenthood and endorses continued government funding of the big-box retail chain of abortion stores.

On January 22, 2016, Garrels posted an article by Planned Parenthood Advocates of Wisconsin, which complained that the Wisconsin Senate voted to cut funding to the abortion-giant.

On January 9, Garrels wrote “Well said!” cheering on the statement of U.S. Rep. Gwen S. Moore in her defense of maintaining funding to Planned Parenthood.

Shortly after the the article on Garrels was published and sent to the bishops of the United States, Garrels’ Facebook page was locked up tight to hide her posts from public view. CRS never issued a response to the report, and when LifeSiteNews contacted CRS for a comment on the matter, “CRS did not respond to LifeSiteNews’ inquiry into the information about its employees’ public support for Planned Parenthood.”

As it turns out, Garrels is still employed at CRS over a year later.

In April 2017 — nine months after we reported her support for Planned Parenthood — Garrels was identified as CRS’s point of contact for a job posting in Laos.

By the time a full year had gone by since the initial report on Garrels’ support for the abortion industry, she gave an interview on behalf of Catholic Relief Services to the Huffington Post.

The message here is quite clear … if you work for the bishops of the United States and publicly support Planned Parenthood, you can retain your job as long as you can hide the evidence. But if you’re a faithful priest and you write a respectful letter to Pope Francis, addressing grave concerns regarding his words and actions and it gets published, you have no place in the Bishops’ Conference.