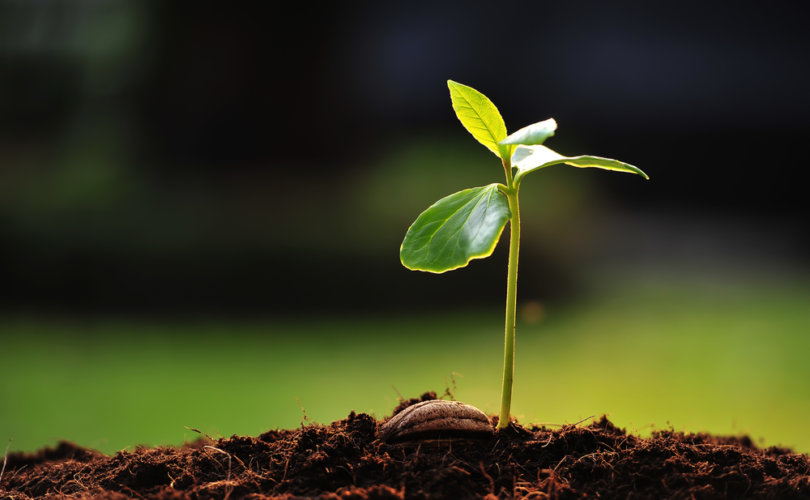 WASHINGTON, D.C., December 19, 2016 (LifeSiteNews) – An employee of a climate change non-profit associated with the U.S. Bishops has resigned after publicly advocating that opposition to the disputed notion of climate change is as important as the sanctity of human life while also apparently supporting other issues that contravene Catholic teaching.

Sarah Spengeman, director of programs for Catholic Climate Covenant (CCC), made comments equating the fight against “climate change” with the pro-life cause in a December 3 San Diego Union-Tribune article. The newspaper reported that some Catholic leaders are advancing the idea that “climate change” is on the same priority level as abortion or other life issues.

“It’s clear that climate change is a pro-life issue,” Spengeman stated. “People are being killed by climate change already, so it’s very core to our beliefs.”

Her comments generated some media attention after the Union-Tribune story was published and then again with a December 12 report released by the Lepanto Institute further detailing that Spengeman publicly supports the pro-abortion cause and marriage redefinition, including lending her name to legal documents.

Spengeman’s biography is no longer available on the CCC website, nor does she appear on its staff page.

While LifeSiteNews did not receive a response from CCC on Spengeman’s status with the group, in a comment on ChurchMilitant, she said she was forced to resign.

LifeSiteNews previously sought clarification on whether CCC equates climate change in importance with the Church’s teaching on human life. CCC initially indicated that it would respond, but it did not.

LifeSiteNews also asked CCC if it believes the Church's fundamental teaching on life — including opposition to abortion, homosexual “marriage” and other things that contravene core principles — is integral to conducting work in the Church's name with authenticity.

LifeSiteNews likewise did not receive a response from the U.S. Conference of Catholic Bishops on whether it intends to communicate through CCC or through its own materials that climate change is now to be regarded on the same level as the Church’s teaching on life.

The Lepanto Institute report showed that Spengeman is a member of the EMILY’s List LinkedIn group, a social media group that specifically advocates for pro-abortion women to be elected to office.

She was also a signatory on an Amici Curiae brief submitted last year to the U.S. Supreme Court by the Human Rights Campaign (HRC), endorsing same-sex “marriage” prior to the Court’s 2015 Obergefell decision.

Part of her social media presence was changed after release of the Lepanto Institute report, specifically removal of the pro-abortion advocacy group. Another CCC employee who exhibited support for homosexual “marriage” on Facebook had changed settings as well to where this was no longer accessible.

“Why is someone who supports women’s ordination, same-sex ‘marriage,’ and is an online member of a group dedicated to the election of pro-abortion politicians speaking on behalf of the Catholic Church and attempting to call-out pro-lifers on anything?” he asked.

Population Research Institute President Steve Mosher told LifeSiteNews the nature of the findings in the Lepanto Institute report was not unexpected.

“Since many in the climate change movement regard children as 'carbon emitters,' it is not surprising that most of its supporters, and nearly all of its activists, have deep ties to both the abortion movement and the population control movement,” Mosher said. “What they fail to understand is that people are not the enemy of the climate — or of the environment in general, for that matter — poverty is.”

Hichborn further said that given Spengeman’s public support for causes that conflict with the Church, she discredited the Catholic Climate Covenant.

“While it can be said that the reckless poisoning of water supplies, soil and air are sins against our neighbors,” he stated, “it is not tantamount to murder or sins against nature, like abortion and sodomy.”

The CCC was established in 2006 with the help of the USCCB and “helps U.S. Catholics respond to the Church's call to care for creation and care for the poor,” according to its website information. Two USCCB departments — Justice, Peace and Human Development and Migration and Refugee Services — maintain partnerships with CCC.

While the CCC says on its “Climate and Population” page that  “acceptable means to address climate change must meet the Church’s standards of morality,” including teaching on abortion, artificial contraception, and/or sterilization, there are indications elsewhere on the group’s site of the premise that climate change is on equal footing with life.

On the “Modern Voices” page under the “Teaching” tab, it states, “Many recognize that the care of creation is fundamentally connected to other Christian commitments – especially the protection of human life.”

“And Catholics must always stand on the side of people,” Mosher stated, “who, after all, are the pinnacle of creation.”

The Union-Tribune article detailed how, through its USCCB partnership, CCC is working in U.S. Catholic parishes to implement measures to combat climate change, based upon the notion that fighting climate change is a moral obligation as contained in Pope Francis’ Laudato Si' encyclical.

Reaction to the 2015 papal document was mixed. Pro-life leaders were grateful for its condemnation of abortion while remaining concerned over its apparent endorsement of global warming or climate change as settled science and otherwise associating with the controversial political issue.

Pro-lifers continually point out and express concern over how environmental advocacy is more often than not tied to population control, abortion, contraception, and other issues that conflict with Church teaching.

Catholic teaching is clear that abortion is an intrinsic evil that is to be opposed in all circumstances. Cardinal Ratzinger, then the prefect of the Congregation of the Doctrine of the Faith (CDF), further clarified this when he said in 2004 that not all moral issues carry its same moral credence.

“There can be no equating the murder of preborn children with stewardship of the earth,” Hichborn re-emphasized. “Abortion is an intrinsically evil act whereas man-made global climate change isn’t even settled science.”