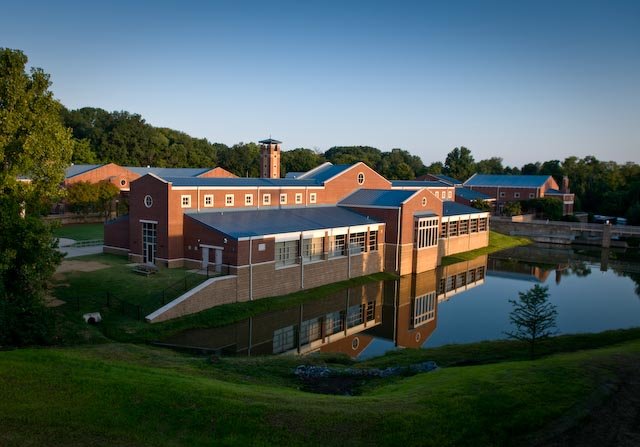 Father Ryan High School in Nashville, where the sex-ed program is taught.

NASHVILLE, Tennessee, October 19, 2016 (LifeSiteNews) — Three mental health professionals are warning parents whose children attend Fr. Ryan High School in Nashville, Tennessee that the school’s mandatory explicit sex-ed course puts their children at risk for sexual abuse. Their concerns are amplified by the fact that the school has a history of sexual abuse of students by administration dating back to the early 1960s.

“In my line of work I’ve seen time and again the pattern of how predators use material like this emphasizing explicit sexual detail and encouraging physical contact to erode a child’s innate sense of modesty, making them vulnerable to be preyed upon,” psychiatrist Dr. Rick Fitzgibbons told LifeSiteNews.

When Fitzgibbons reviewed Fr. Ryan High School’s sex-ed program, including the supplement “Growing toward Intimacy” by Bob Bartlett, he told LifeSiteNews that the course puts children at risk of future sexual abuse.

“I’ve counseled too many victims who have shared a common story about how sexually explicit images and details were foisted on them by the predator to groom them for abuse,” he said.

“It is my assessment that some of the content in Fr. Ryan’s sex-ed program puts children at risk for future sexual abuse,” he stated.

While Fitzgibbons said that the program’s explicit details, such as emphasizing the pleasure points of the male and female reproductive organs, fails to respect the innocence of youth by giving them information that is more appropriate to married couples, he drew special attention to a supplemental book given to students taking the course that quotes pro-homosexual priest Richard Rohr about the “need to be touched.”

“It’s a huge red flag that this program makes youths vulnerable to a sexual predator when it specifically desensitizes them to being touched by others,” he said. “This is exactly the kind of tool that a sexual predator would employ to breakdown a child’s natural resistance to such an intrusion,” he added.

Dr. Thomas O’Brien, a licensed counselor in Pennsylvania and New Jersey as well as a deacon in the Diocese of Camden, agrees with Fitzgibbons that the sex-ed course has the potential to groom children for sexual-abuse.

“Showing sketches of the genitals and specifically identifying areas of sexual arousal has the potential for a predator to groom a male or female who may be feeling sexually uncomfortable or awkward about their own bodies and offering to help them to better understand what is ‘normal’ in the groomer's manipulative manner,” he told LifeSiteNews.

Father Ryan High School has a lengthy public history of school staff preying on students for sexual abuse and of the diocese mishandling the cases, as reported extensively by local media. One abuser, a priest, was at one point a teacher of Father Ryan’s sex-ed course.

The diocese, currently led by Bishop David Choby, has backed the sex-ed course. The bishop stated in a letter to parents last month that the course “has been offered to a positive effect for over 30 years” in Father Ryan High School. The bishop called the sex-ed program a “legitimate requirement” for graduation, to the parents’ disbelief.

Parents opposing the sex-ed course have told LifeSiteNews of their numerous attempts to meet with the bishop and explain their concerns, only to be disregarded and ignored. Their frustration is augmented by the fact that state public schools are required by law to allow parents the option to opt their children out of sex-ed classes.

The parents’ experience of having their serious concerns involving sexuality dismissed by the diocese appears to be part of a trend that others have experienced as well. When Choby was installed as bishop in 2006, Nashville Scene’s reporter Liz Garrigan begged him in an article to do a better job than his predecessors in addressing the sexual abuse crisis within the diocese while truly helping the victims.

“The Diocese has yet to get right the treatment of these folks [who have been sexually abused]. It has employed mafia-like defense mechanisms, high-powered legal maneuvering and Clintonian language splicing to belittle, deflect and minimize the pain of these victims—all the while claiming to offer them help. In the meantime, Catholics across the city, this editor included, have watched in utter disbelief, shaking our heads not only at the arrogance of the Diocese’s actions and responses but also at the chronic and stupefying mishandling of your public relations efforts,” she wrote at that time.

LifeSiteNews contacted Bishop Choby for comment, but did not receive a response by press time.

Fitzgibbons said that with the school’s decades-long history of sexual abuse of students, parents should be “outraged” that administration — backed by the diocese — is relentlessly pushing the explicit course while not allowing parents to opt their kids out of it. He suggested that the main backers of the course should be scrutinized by a specialized review board.

“Parents should consider whether a complaint should be filed for an evaluation by a review board — as described in the Dallas Charter norms — for those responsible for this course that places youth at risk,” he said.

The Dallas Charter, approved by the U.S. Bishop’s Conference in 2002, empowers bishops to deal appropriately and effectively in cases of sexual abuse of minors by church-related personnel.

“Some might consider this playing hardball,” said Fitzgibbons, “but I’ll tell you that if my children were in that school, that’s what I’d do. Parents with kids in the school need to realize that this program places their kids at risk for sexual abuse, especially when they consider the school’s long history of sexual abuse.”

Fitzgibbons suggested that if the local bishop fails to take parents’ concerns seriously, they should file a complaint against him with the Pontifical Commission for the Protection of Minors, the pope’s recently implemented system of accountability for Catholic bishops who mishandle sexual abuse within their dioceses.

“If parents are not getting the bishop’s support in protecting their children from future sexual abuse brought on by this program, then there are organs in the Church that parents can make use of if they believe that their children are at risk,” he said. “If families believe that the bishop is not living up to the Dallas Charter, that bishop could be reported to the bishops accountability office,” he added.

Dr. Todd Bowman, associate professor of counseling at Indiana Wesleyan University, called the school’s refusal to allow parents to opt their kids out of the course an “abuse of power.”

“It appears the school is violating the conscience of the parents, and, potentially, the students. My take on this as a professional is that subjecting students to a curriculum that the parents do not want them to be exposed to is a violation of paternal rights, and is fundamentally inconsistent with Church teaching on the nature and role of the family,” he told LifeSiteNews.

Bowman drew a comparison between the school’s history of sexual abuse and its current position of not allowing parents to opt their kids out of the explicit course.

“In many ways, the school is perpetuating its apparent history of sexual violence by taking its current stance that parents cannot opt out of said sexual education curriculum. Sexual violence is characterized by exerting power over another and engaging in an inappropriate act against the will of the victim. It would seem, in this instance, that subjecting students to exposure of sexual content, even in the form of an educational process, against the will of their legal guardian would fall in a similar vein,” he said.

“I would expect a lawsuit forthcoming from parents should the school persist in its current stance on the matter,” he added.

O’Brien agreed with Bowman that parents should take a proactive stand.

“You the parent should be concerned about what your son or daughter is being presented and by whom. Such material should not be selected and imposed. You should decide what they read and see regarding the issue of human sexuality,” he said.