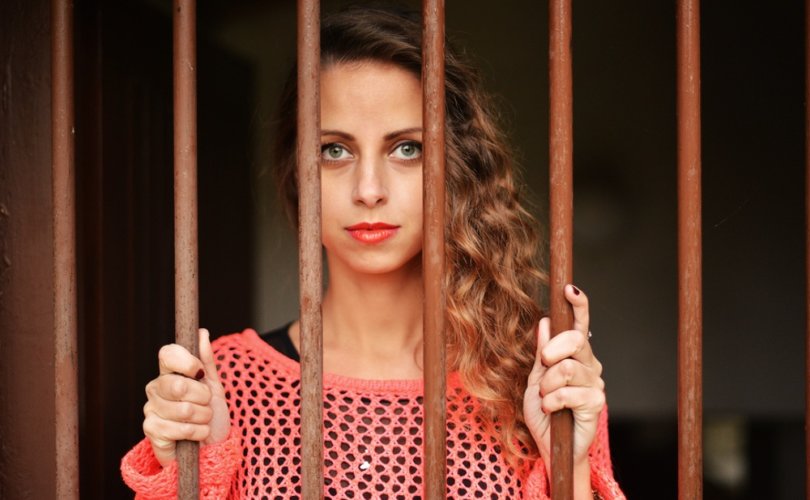 TENNESSEE, July 28, 2017 (Population Research Institute) — A judge in White County, Tennessee has signed a standing order that offers to shorten prison sentences by 30 days for inmates that agree to accept long-term or permanent birth control.

The order was signed earlier this year by General Sessions Judge Sam Benningfield, a White County judge who also has jurisdiction over the county’s juvenile court.

“I hope to encourage them to take personal responsibility and give them a chance, when they do get out, to not to be burdened with children.” Judge Benningfield said in an interview with local CBS news affiliate News Channel 5, “I understand it won’t be entirely successful but if you reach two or three people, maybe that’s two or three kids not being born under the influence of drugs.”

“Reduced prison time is a potent bribe,” says Population Research Institute President Steven Mosher, longtime opponent of population control, “How many prisoners will try and buy their freedom by allowing the state to chemically or surgically sterilize them? The order should be rescinded.”

According to a press statement released by the American Civil Liberties Union (ACLU), Judge Benningfield’s order is unconstitutional:

Offering a so-called ‘choice’ between jail time and coerced contraception or sterilization is unconstitutional. Such a choice violates the fundamental constitutional right to reproductive autonomy and bodily integrity…

Extracting acceptance of family planning through coercive means runs contrary to core American values. Since 1998, the Tiahrt Amendment has prohibited using international aid to create incentives in exchange for individuals becoming acceptors of a method of family planning, or to conditionally deny benefits to individuals who opt not to accept family planning. While the Tiahrt Amendment does not apply to Judge Benningfield’s order, coerced sterilization is a violation of fundamental freedoms and human dignity.

The U.S. Code of Federal Regulations also prohibits federal funds from being used to sterilize an institutionalized individual. It is not clear whether White County intends to use federal funds or only state and local funds for financing vasectomy procedures.

The incentivization of sterilization for incarcerated inmates is eerily reminiscent of eugenic sterilization statutes that were at one time in force in 32 states during the early to mid-20th century. From 1907 until the late 1970’s, state eugenic sterilization laws authorized the coerced or involuntary sterilization of more than 60,000 Americans who were deemed “feebleminded,” “idiots,” “mentally diseased,” “promiscuous,” criminals, or those for which “procreation would be inadvisable.” By and large, the poor, racial minorities, immigrants, the mentally handicapped, the under-educated, and institutionalized individuals were targeted for eugenic sterilization in an effort to weed out “undesirables” from the gene pool.

While eugenics statues were largely rooted in racism, discrimination, and utilitarianism, reasons for justifying the utilization of forced or coerced sterilization was often framed in terms of advancing the public good, and, at times, much like Benningfield, in terms of the well-being of those undergoing sterilization.

For example, the since-repealed North Carolina eugenic statute granted the governing body of penal institutions the ability to sterilize certain inmates if it was determined that sterilization was “considered best in the interest of the mental, moral, or physical improvement of the patient or inmate, or for the public good.”

In practice, North Carolina’s sterilization law, much like similar laws in other states, gave way to heinous human rights abuses. Eugenics laws counted thousands of victims like Elaine Riddick who was forcibly sterilized by the North Carolina Eugenics Board at age 14 after becoming pregnant as the result of rape.

In a near echo of Benningfield, the Human Betterment Foundation, a pro-eugenics research and advocacy organization active during the 1930’s, attempted to justify eugenic sterilization laws by arguing:

[Many] after sterilization have married and are happy and succeeding fairly well. They could never have managed and cared for children, to say nothing of the inheritance and fate of such children.[1]

Yet even in the 21st century, coerced sterilization has not entirely disappeared in the United States. According to the Center for Investigative Reporting, from 2006 to 2010, the California Department of Corrections and Rehabilitation sterilized 148 female inmates without proper authorization from the state, reportedly coercing several women into accepting the procedure.

Reprinted by permission from the Population Research Institute.