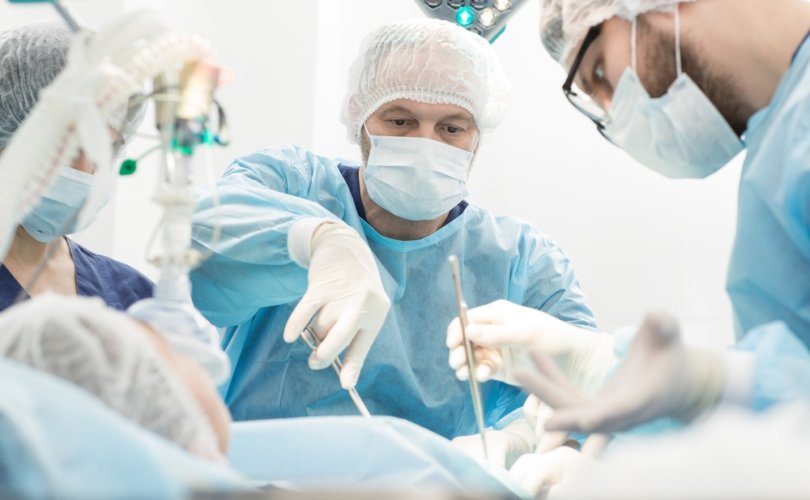 Defense Secretary James Mattis announced today new interim guidelines for “transgender” military service that allow transgendered individuals to re-enlist in the Armed Forces and that continue the Department of Defense’s policy of paying for “sex reassignment surgeries” through next March.

DOD just released #transgender interim guidance, which will remain in place until at least Feb 2018: pic.twitter.com/QWIBty0Lmz

“Why would it take 6 months to formulate a plan when you can immediately revert to plan that was carried out prior to Obama authorization?” tweeted Maureen Curran today in response to Mattis’ memo.

“I am losing hope in this administration,” tweeted another vet, Jason Moyer, reacting to the memo.

Trump touched off a wave of LGBTQ activism July 26 when he announced the ban in a three-part tweet:

“After consultation with my Generals and military experts, please be advised that the United States Government will not accept or allow transgender individuals to serve in any capacity in the U.S. Military. Our military must be focused on decisive and overwhelming victory and cannot be burdened with the tremendous medical costs and disruption that transgender in the military would entail.”

Trump has given Mattis wide latitude in putting the new policy in place. But many observers suspect that Mattis — who shied away from confronting LGBT issues during his confirmation hearings in January — is far less committed to the policy change banning “transgender service” than his boss.

Three pro-LGBTQ lawsuits have been filed to stop Trump’s action. But as much as the Left despises the “transgender” military ban, the Right applauds it and are waiting expectantly for it to be fully implemented.

One conservative argument against “transgender” individuals serving in the military focuses on the cost of “sex-reassignment surgeries” funded using taxpayer money. The conservative Family Research Council estimated that over 10 years the cost of such operations and the corresponding cross-sex hormone therapies and related medical services would rise to nearly $2 billion.

LGBT groups like Lambda Legal — one of the groups suing to stop the ban — have not dwelt on the surgeries and their high cost but rather on “anti-trans discrimination.”

Meanwhile, an effort is afoot on Capitol Hill to negate Trump’s “transgender” reversal, led by New York Democrat Sen. Kirstin Gillibrand. She and Maine Republican Susan Collins are sponsoring an amendment to protect the “right” to serve based on “gender identity.”

But Elaine Donnelly, president of the Center for Military Readiness, had harsh words for the liberal amendment.

“It is regrettable that two senators who have consistently demanded social experiments in the military, while disavowing negative consequences of their own misguided policy demands, would try to cut off at the knees both Secretary of Defense James Mattis and President Donald Trump on an important national defense issue: transgenders in the military,” Donnelly said.

“Senator Gillibrand keeps raising alarms about increased sexual assaults in the military, which are of concern to everyone.  But she cares nothing about military women living in close-quarters who are being forced to accept biological males in female-designated showers and private facilities,” she said. “Nor do the senators care about doctors and nurses being forced to approve or participate in treatments that many consider contrary to medical ethics or personal convictions.”