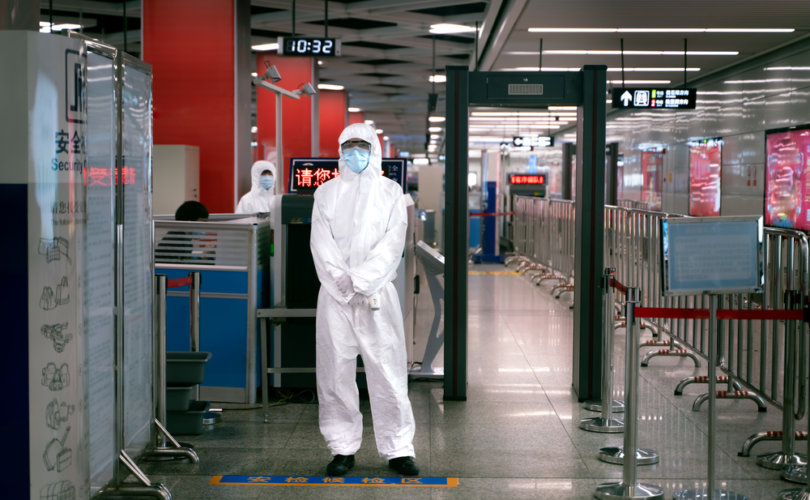 The emails were obtained by conservative foundation Judicial Watch after the group filed a FOIA lawsuit against the U.S. State Department.

China has denied that it required U.S. diplomats to take the tests.

The emails obtained by the foundation spotlight the concerns expressed by U.S. diplomatic officials in China that they would be asked to undergo the demeaning form of testing to demonstrate they did not have the virus.

“The [U.S.] embassy obviously does not authorize or permit this type of testing on diplomats but others have been asked so I need to verify everyone’s experience,” the embassy officer added, noting that “[f]or the record, our agreement is for nasal and/or throat swabs only.”

The U.S. official advised personnel that if they are asked to undergo any testing “that seems inappropriate,” to “please refuse and contact us immediately.”

The emails obtained by Judicial Watch include responses sent by U.S. officials in a separate email chain with the subject heading “FW: COVID TEST 21ST DAY,” reporting that the Chinese government had asked to conduct the invasive test.

A State Department email obtained via the FOIA request stated that in March an official had “[j]ust checked with my contact from the PEK [Beijing International Capital Airport] customs” and confirmed that the “[a]irport only does nasal swab and throat swab.”

Major U.S. news outlets including the New York Times and Reuters also reported that the practice was being employed for some international travelers entering China.

The State Department responded to the Daily Caller’s request for comment on the matter, affirming that despite efforts to block the Chinese government from imposing the humiliating tests, some U.S. officials did undergo the swabs in what the State Department said was an “error.”

“The State Department never agreed to this method of testing and protested directly to the Ministry of Foreign Affairs (MFA) when we learned that some U.S. Mission personnel were subjected to it,” a State Department spokesman said. “We have received assurances from the MFA that this testing was conducted in error and that diplomatic personnel are exempt from this requirement.”

It’s unclear whether the Chinese government was aware that the individuals who were subjected to the demeaning tests were U.S. diplomatic officials.

Chinese officials and some medical experts have claimed that the invasive tests are more effective than methods which merely swab the nose and throat, while opponents of the practice argue it’s an unnecessary invasion of personal privacy and dignity.