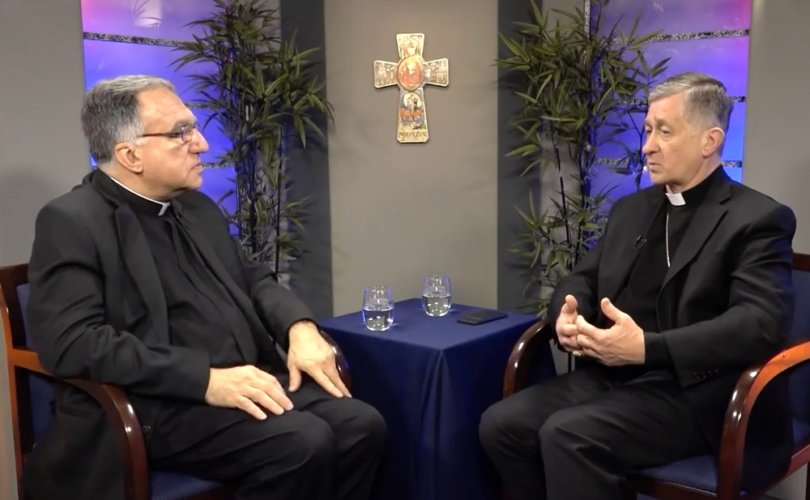 March 28, 2019 (LifeSiteNews) — An American priests’ association is standing by its invitation to a priest accused of decades of plagiarism to direct a retreat at its annual conference.

Fr. Thomas Rosica, CSB, CEO of Salt and Light Catholic Media Foundation, has begun a  sabbatical for “rest and renewal” in the wake of revelations that many of his published works contain multiple examples of plagiarism.

Nevertheless, he will appear at the 2019 Association of United States Catholic Priests (AUSCP) Assembly in St. Louis, Missouri, in June to give a retreat. It has been titled “Go, Repair and Build My Church: Reclaiming the Priesthood of the Faithful.”

For the past six weeks, the Basilian father has been under scrutiny as an informal team of academics and journalists continue to discover examples of misappropriated ideas, phrases, sentences, and ideas in his published writing and speeches going back to 1985.

Nevertheless, Father Bob Bonnet, the executive director of AUSCP, is standing by the association’s choice of retreat director.

The priest explained that the AUSCP is not an academic institution, but an association of priests.

“We do not invite our speakers to deliver academic ‘papers’ but to share with us their faith, hope, knowledge, insights, wisdom and love for the Church and all God’s people to help us be better, more pastoral, and more compassionate priests,” he wrote.

Bonnet told LifeSiteNews that the Salt and Life CEO is “inspiring” and that his actions in the face of the scandal “manifest honesty and inspire.”

“We invited Fr. Rosica as a much appreciated and inspiring retreat leader for numerous priest groups. His ready acknowledgment of his failure and his public penance in this matter manifest honesty and inspire in this Lenten season of penance and conversion,” he wrote.

“We are mindful of Jesus’ guidance that only those without sin can cast stones. We look forward to welcoming Fr. Rosica.”

One of the scholars who has uncovered several examples of Rosica’s plagiarism is Professor Joshua Hochschild from Mount St. Mary’s University. Hochschild told LifeSiteNews that he didn’t believe Rosica had adequately acknowledged his failure.

“I am not aware that Fr. Rosica has acknowledged, taken responsibility for, or apologized for the full extent of his past plagiarism,” he said via social media.

In addition, Hochschild believes that plagiarism is not merely an academic matter.

“Plagiarism is not only an academic offense, it is an offense in any public speaker or writer,” he stated.

“Fr. Rosica is known to have plagiarized in non-academic, more pastoral situations in the past.”

The Rosica plagiarism scandal broke when LifeSiteNews discovered in mid-February that the Toronto-based priest, once a spokesman for the Vatican, had plagiarized passages of a speech he gave at the Von Hügel Institute at Cambridge University. Subsequently, more examples of Rosica’s plagiarism came to light and the story spread, first to Canada’s National Post and then around the world.

After confessing that he had done “wrong” but blaming interns and poor note-taking, Rosica eventually resigned from the governing bodies of three Catholic colleges. Online newspapers commenced removing columns he had written using the uncredited work of others. Academic journals, alerted by plagiarism expert Professor Michael Dougherty, began to retract Rosica’s equally problematic essays. The Knights of Columbus, a major giver to Salt and Light, told LifeSiteNews that they were re-evaluating their relationship with the organization.

Initially, the Board of Canada’s Salt and Light Catholic Media Foundation stood by its CEO, saying March 1that it “unanimously” pledged its “support of the continued leadership of Fr. Rosica.” The embattled priest had told the National Post that he had not “maliciously stolen” others’ work as his own, and in its initial statement the Board of Salt and Light suggested that the misappropriations were “unintended errors.”

However, as many more examples of Rosica’s “cut-and-paste” plagiarism came to light, the chair of the Board of Directors issued a second statement saying Rosica would be taking a long sabbatical and that a qualified editor would be examining everything the priest had produced for Salt and Light.

Earlier this month, LifeSiteNews revealed that Rosica had exaggerated his academic qualifications, claiming to have “advanced degrees in theology and Scripture” from Toronto, Rome, and Jerusalem. In reality, Rosica holds an M.Div./STB, which is a basic degree, and a License in Sacred Scripture from the Pontificum in Rome, which permits him to teach. He has no degree from Jerusalem.

Rosica has not issued a statement regarding his academic attainments, but his biography at Salt and Light has been modified.