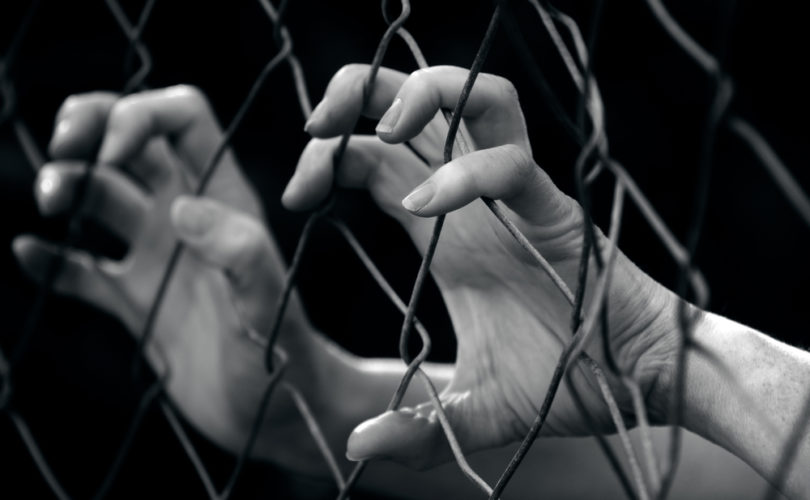 WASHINGTON, D.C., March 17, 2015 (LifeSiteNews.com) – A U.S. Senate bill to combat sex trafficking failed this morning after Democrats filibustered it over a provision Republicans included that purported to limit abortion funding.

Led in floor speeches by the Senate Judiciary Committee’s ranking member, Patrick Leahy of Vermont, and Senate Budget Committee Chairwoman Patty Murray of Washington this morning, Democrats opposed a Republican attempt to end debate on S. 178, the “Justice for Victims of Trafficking Act of 2015.”

The final vote on the bill was 55-43, with four Democrats – Sens. Joe Donnelly of Indiana, Bob Casey of Pennsylvania, Heidi Heitkamp of North Dakota, and Joe Manchin of West Virginia — in support.

Republicans, who hold 54 seats in the Senate, had needed six Democrats to buck their party's leadership in order to overcome the filibuster.

Democrats also took issue with how S. 178 applied the Hyde Amendment to a five-year bill funded by fees on traffickers. In the past, Hyde has been applied to annual funding appropriations passed by Congress.

However, speaking on the Senate floor just minutes before the 11:00 procedural vote to end floor debate, S. 178's primary sponsor, Sen. John Cornyn, R-TX, said, “Everyone knows that the Hyde Amendment” allows federally funded abortions for reasons of rape and incest. As such, said Cornyn, trafficked women would be able to have abortions funded by the federal government under S. 178.

Cornyn heavily criticized Democrats, who previously supported the legislation before discovering last week that the Hyde Amendment had been added, for opposing the bill. He said that staffers for Democratic senators, who often inform senators how to vote, “didn't fall off the turnip truck,” and noted that nine Democrats voted for S. 178 in the Senate Judiciary Committee.

After the vote failed, Cornyn said that under the Hyde Amendment, abortions for sex-trafficked women would not be limited in S. 178. He called the fight over S. 178 “phony,” noting that abortion funding was included in the bill.

After the vote, pro-life blogger Jill Stanek said, “Today's vote failed because Democrats did not get the optics they wanted, taxpayer-funded abortion-on-demand, even though they would have gotten the policy they wanted — abortion funding for trafficked women.”

“Republicans, on the other hand, got the optics they wanted — a bill that allegedly limited funding for abortions — but as Senator Cornyn made clear, a policy that would have made taxpayer funding for abortions available to virtually all sex-trafficked pregnant women, who by definition comprise the rape exception.”