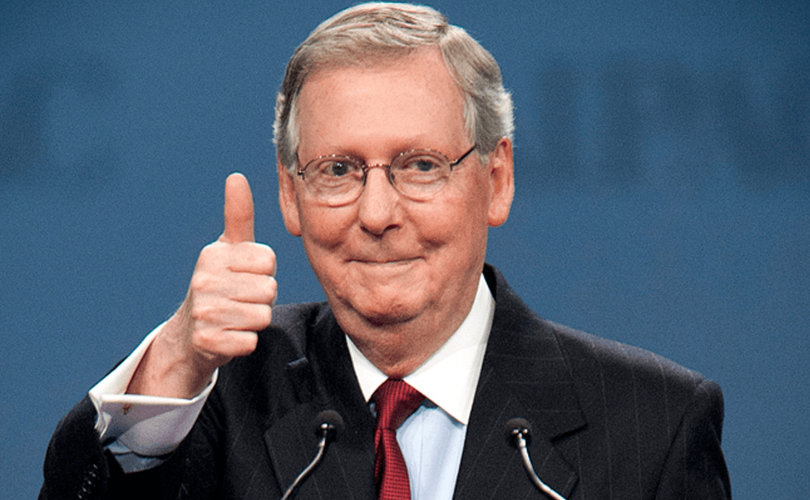 Some chanting, which appeared to be coming from a hallway, could be heard throughout the vote.

It seemed last week that Republican efforts to pull nearly half a billion tax dollars from Planned Parenthood, the country's largest abortion provider, and undo pro-abortion Obamacare were doomed to fail.

Some conservative senators opposed the Better Care Reconciliation Act, a Senate bill which would have repealed and replaced Obamacare, because they thought it didn't go far enough. Others opposed it for being too conservative. The Act also would have defunded Planned Parenthood.

The U.S. House has already passed the American Healthcare Act, which scraps Obamacare and strips Planned Parenthood of most of its federal funding for the next year.

After the apparent failure of the Better Care Reconciliation Act, it seemed the Senate would vote only on repealing Obamacare without a replacement. This legislation would still defund Planned Parenthood. But three Republican senators vowed to oppose this.

Today, Sen. Capito voted for the motion to proceed, and Sens. Collins and Murkowski both voted “no.”

“The President is ready with his pen,” said McConnell. “We've already shown it's possible to put legislation on the president's desk” that gets rid of Obamacare. But “President Trump will sign what Congress passes this time,” said McConnell, unlike President Obama.