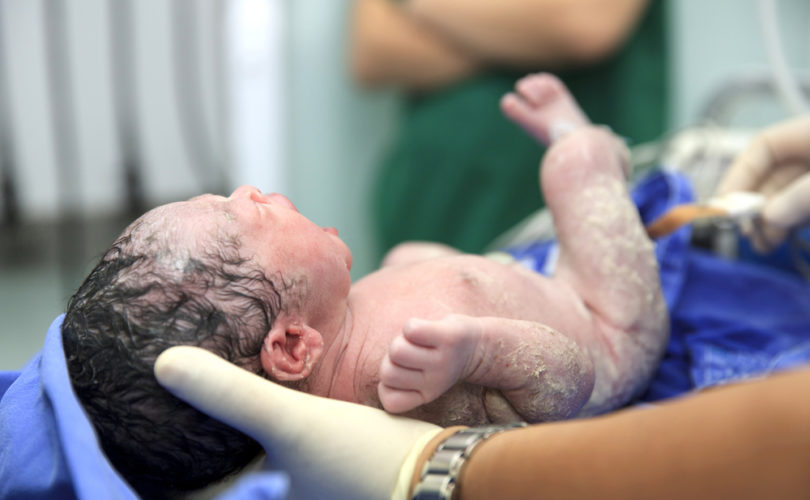 WASHINGTON, D.C., September 23, 2015 (LifeSiteNews) — A bill that would make killing abortion survivors first-degree murder has been introduced in the Senate.

The Republican-controlled House passed an identical bill last week 248-177, with five Democratic votes. It makes killing abortion survivors first-degree murder, with a maximum of five years in prison, and requires that care be provided to any survivors. It also mandates that any violations of the law be reported to authorities by any employee of an abortion clinic, and in some cases requires newborns to be immediately transported to a hospital.

It was introduced in the Senate by Sen. Ben Sasse, R-NE, in light of multiple undercover videos that indicate killing born children for their organs and other body parts are a regular practice of Planned Parenthood — America's largest abortion company.

Abortion supporters say the bill does not distinguish between so-called “viable” babies and those who are expected to die regardless of how much care they receive. However, Americans United for Life attorney Mary Harned wrote in an e-mail that “the bill requires a healthcare provider to provide a child born alive during an attempted abortion with the same care that a child born alive at the same gestation, but in another manner (i.e. through natural labor, induction, or c-section), would receive.”

“Whether a child born during an attempted abortion lives a minute, an hour, or 99 years after birth, that infant is entitled to the same care that infants receive when born in less traumatic circumstances,” Harned told LifeSiteNews.

Abortion supporters have launched a concerted attack on the legislation. Last week, Rep. Judy Chu, D-CA, said on the House floor that the House bill was meant “to intimidate” abortionists.

“H.R. 3504 proposes a standard of care for abortion providers that could interfere with the ability of physicians to make medical decisions for their patients,” said Chu. “The bill represents an unprecedented level of intrusion by the government into medical decisions,” she said, declaring that “the real purpose of the bill is to intimidate abortion providers out of business.”

Likewise, RH Reality Check Editor-in-Chief Jodi Jacobson told LifeSiteNews that “this and numerous other bills that I've seen come up lack any real basis and any real evidence of need, and stand instead as just another way to restrict access to safe abortion care.”

According to Jacobson, the bill's purported goal — to save babies born via botched abortion — is “a red herring.”

“Any viable infant that was born, there is already legal and medical, ethical guidelines in place that would require a doctor to resuscitate a born child if need be,” she said.

However, Harned said that there are definite benefits to the bill. “The Federal Born-Alive Infant Protection Act, enacted in 2002, clarified that infants born alive during attempted abortions have all of the same rights and protections that other Americans enjoy. This legislation further defines what is expected from abortionists when an infant is born alive during an abortion.”

“As long as they follow the law, this bill creates no difficulties for abortionists,” Harned continued. “In fact, an abortionist performing second or third trimester abortions already risks violating federal and/or state law if they do not have the necessary equipment, staffing, and qualifications to care for an infant born alive during an abortion.”

A staffer in Sasse's office agreed with Harned, telling LifeSiteNews that the bill establishes care for the newly-born child equivalent to that of a child born at the same gestational age — including hospitalization. Additionally, the staffer clarified that futile measures to save a child are not required; merely the same care as any other born child of the same age.

Jacobson said the bill's goal is “something that is basically created as a problem, and is not an issue, and is a way of misinforming the public in order to create a problem that would then create a set of restrictions that are not necessary.”

However, there are at least two prominent examples of babies being either left to die or purposefully killed. Susan B. Anthony List National Campaign Chair Jill Stanek became a pro-life activist and blogger after holding a child who survived an abortion. Stanek was a nurse in the Labor & Delivery Department at Christ Hospital in Oak Lawn, Illinois, and went public with how her hospital was allowing babies who survived abortions to die.

Convicted murderer Kermit Gosnell is possibly the best-known killer of born babies. Found guilty of his crimes in 2013, he is serving multiple life sentences for killing women as well as children — the latter by delivering them and cutting their spines.

“If we can’t come together and agree that newborn babies deserve care, our talk about 'human rights' and 'inherent dignity' is empty,” said Sasse. “This is an opportunity for well-meaning people to set aside our differences and work to protect babies.”

The bill has 23 GOP cosponsors, including Senator John Cornyn, R-TX. In a statement, Cornyn said that “the necessity to protect the life of a newborn child should be without question or controversy, and I hope my colleagues on both sides of the aisle can unite behind this important legislation.”