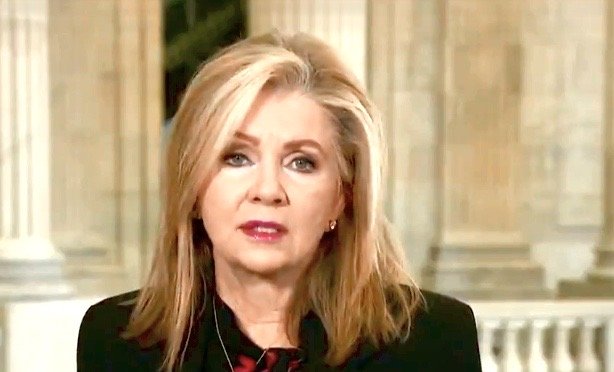 WASHINGTON, D.C., December 17, 2020 (LifeSiteNews) — A U.S. senator headlined a brief video she posted to Twitter with “The Bidens have a China problem.”

“‘Best wishes from the entire Biden family.’ That’s what Hunter Biden had to say in an email in 2017,” said Sen. Marsha Blackburn, R-Tennessee, as she walked down a corridor of the Dirksen Senate Office Building.

“But the email also had an ask,” she continued. “It was for $10 million to operate their company.”

“And who did he send it to?” she asked. “You got it: Somebody connected with the communist Chinese.”

The Bidens have a China problem. pic.twitter.com/7o6D6tjDCh

The pro-life senator from Tennessee has been paying close attention to the Communist Chinese Party (CCP) and its means of influence and infiltration in the United States for a long time.

A LifeSiteNews article that went viral earlier this year reported how she pleaded with her colleagues to end the country’s dangerous reliance on Chinese drug production by bringing pharmaceutical manufacturing back into the United States of America.

Not only did Blackburn note the Chinese communist government’s “gross malfeasance” in its handling of its coronavirus outbreak, downplaying the severity of COVID-19 and denying the risk of person-to-person transmission, she also called attention to a long history of the Chinese pharmaceutical industry supplying the United States with substandard — sometimes deadly — medicines.

“It’s time that we rise to the challenge and that we return this supply chain,” she concluded.

More recently, Blackburn took flack from Chinese and mainstream U.S. media after tweeting her gratitude to President Donald Trump for banning cotton produced in China by the forced —slave — labor of an ethnic minority.

“Thank you Donald Trump for banning cotton produced by forced Uyghur labor. The U.S. will not support companies that profit off of slave labor,” Blackburn tweeted.

Thank you @realDonaldTrump for banning cotton produced by forced Uyghur labor. The U.S. will not support companies that profit off of slave labor.

A little later, she added,  “China has a 5,000-year history of cheating and stealing. Some things will never change … ”

The European bureau chief for China Daily didn’t like her tweet and offered a one-word response: “B*tch.”

“America will not bow down to sexist communist thugs,” she added.

Chen, you’re a puppet in Xi Jinping’s delusional China dream for global domination. From Tiananmen Square to Uyghur genocide, Communist China is an expert at slaughtering populations. America will not bow down to sexist communist thugs. https://t.co/PrRyTlpnFc

Senator Blackburn is renowned as a pro-life champion and protector of free speech.