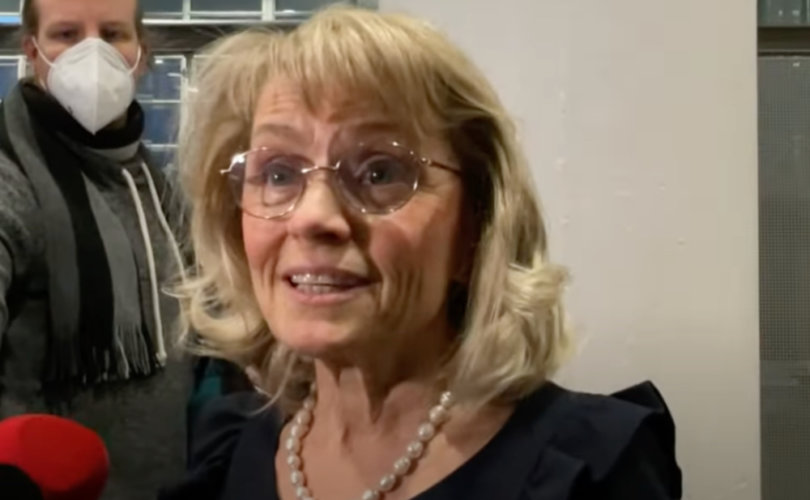 WASHINGTON, D.C. (LifeSiteNews) – A group of U.S. senators signed a letter asking for actions to be taken against Finland for violating religious liberty.

The letter, signed by Republican Senators James Lankford of Oklahoma, Marco Rubio of Florida, Josh Hawley of Missouri, Jim Inhofe of Oklahoma and Mike Braun of Indiana was addressed to the U.S. Ambassador for International Religious Freedom.

“We are greatly concerned that the use of Finnish law is tantamount to a secular blasphemy law,” the letter states. The senators, reacting to the prosecution of Päivi Räsänen and Bishop Juhana Pohjola for defense of the biblical concept of marriage, fear that Finland’s actions could “open the door for prosecution of other devout Christians, Muslims, Jews and adherents of other faiths for publicly stating their religious that may conflict with secular trends.”

The letter was released as the case against Räsänen, a member for the Finnish parliament and former Minister of the Interior, and Pohjola, a bishop of the Evangelical Lutheran Mission Diocese of Finland, went to trial Monday.

Charges were filed against Räsänen and Pohjola last year. They are being accused of “ethnic agitation,” or inciting violence against a minority, for the publication of a 2004 pamphlet entitled Male and Female He Created Them: Homosexual relationships challenge the Christian conception of humanity. Räsänen faces two other charges, one for a tweet in which she criticized the Lutheran Church’s support of a pride event and for speaking out against gay “marriage” on Finnish radio.

A group of Congressmen released a similar letter in November, addressing the U. S. Commission on International Religious Freedom (UNCIRF). The Congressmen stated, “Free people should not have to violate and recant their deepest convictions to remain part of a free society,” and asked for punitive measures to be taken against Finland.

The trial against Räsänen and Pohjola

Räsänen entered court carrying a Bible. “I hope it will be clear today that I do not wish to offend any group of people, but that it is about saving people for eternal life,” she said to the press before entering.

Many observers see the focal point of the trial as the role of the Bible in society, and the prosecution maintained that the trial should be centered on Finnish law rather than on the Bible. The defense, however, argued that the court should not impose its own theological interpretation of the Bible on Finland by criminalizing the Christian view of marriage.

The pamphlet which the Bishop and the parliamentarian are being tried for is a Christian text, published for a Church audience, with the aim is in the teaching of Christianity, the defence team

Paul Coleman, executive director of Alliance Defending Freedom (ADF) International, a Christian legal organization supporting the defense, told The Federalist that most of the day was spent discussing the role of the Bible in Finnish society. He noted that the prosecution asked Pohjola during cross-examination if he followed God’s law or Finnish law.

“I would characterize the day as a modern-day Inquisition or heresy trial,” Coleman said. “And the heresy was that Paivi (sic) and Bishop Juhana were on trial against the new sexual orthodoxy of the day.”

COURT ADJOURNED: Closing arguments will be held on 14/2. #FreeSpeechOnTrial

The court is expected to reach a verdict on February 14, but will not release its decision until two to four weeks later.