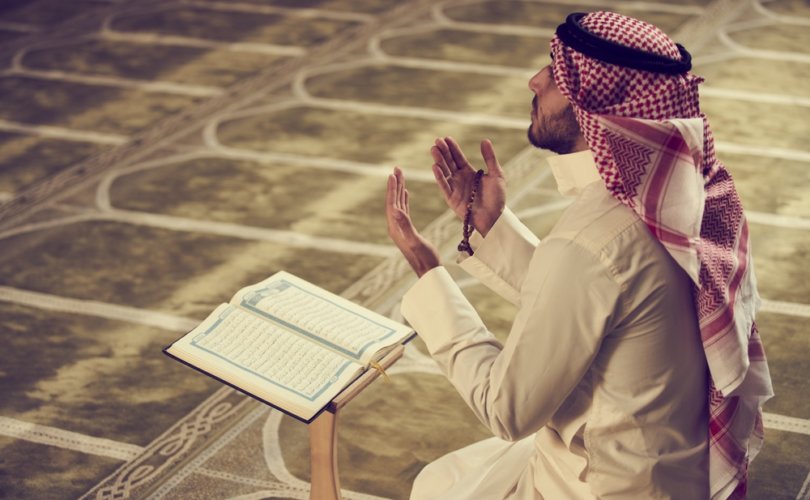 DAVENPORT, Iowa, May 18, 2018 (LifeSiteNews) – A Catholic university in Iowa dedicated a room on campus last week to be used as a Muslim “prayer space.” The room was replete with sinks for ritual foot-washing along with segregated worship areas for males and females, as is required by the Islamic faith.

“On Tuesday, May 8, St. Ambrose University dedicated a room that will be available for daily prayer to students of the Islamic faith as well as students of other religions who prefer to pray somewhere other than Christ the King Chapel,” a press release about the event stated.

The prayer space was “built to suit the specific needs of students of the Islamic faith,” the University said.

LifeSiteNews did not hear back from the University by press time on an inquiry about how the Islamic prayer space and separate worship areas for men and women reconciles with Catholic principles.

“What about fidelity to the One True Faith? Our Divine Savior is clear: ‘I am the way, and the truth, and the life. No man cometh to the Father, but by me,’” states the petition signed by over 12,550 supporters.

“While Christians — including many Catholic priests and faithful — are being martyred for their faith in Muslim-dominated countries, St. Ambrose University in Iowa opened a special prayer room for Muslims,” the petition stated.

The prayer space is the product of efforts by St. Ambrose senior and Student Government Association President Matthew Mahoney, who worked with the school’s Saudi Student Association to design the space.

“Being able to say that we’re committed to these Muslim students, and to all students—students of all different faiths—is really outstanding,” Mahoney said. “It’s uniquely Ambrosian, and it just sort of shows our commitment to all different faiths.”

The University dedicated the prayer space May 8 in the name of the late Father Joe DeFrancisco, who died in July last year after a 27-year career at St. Ambrose as a professor of theology.

The idea for the prayer room came from something DeFrancisco had said in the months prior to his death, Mahoney said, when in meeting with the Saudi Student Association in the chapel the priest commented that they didn’t have sufficient space to pray.

But the University’s statement had said, “The interfaith prayer room was named in Fr. DeFrancisco's honor as an acknowledgment of his efforts to promote the universality of faiths.”

“This is a truly appropriate way to honor Fr. Joe,” said Sister Lescinski. “His openness to all members of the Quad Cities faith community was a living example of the Catholic Intellectual Tradition. Former students still talk about the impact visits to temples and mosques had on them as members of his Comparative Religions class.”