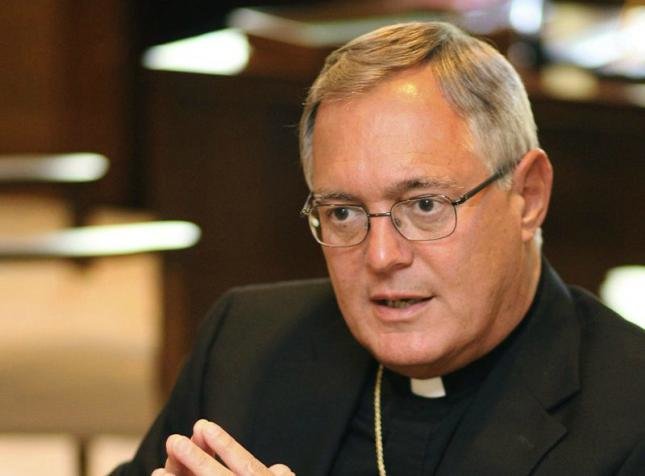 PROVIDENCE, Rhode Island, June 4, 2018 (LifeSiteNews) – A U.S. bishop has raised the alarm about LGBT ‘Pride’ as the movement begins its annual advocacy in the month of June.

LGBT activists and others observe “gay pride” each year in June in conjunction with the anniversary of the June 1969 Stonewall Riots in New York City’s Greenwich Village. The series of riots occurred in reaction to a police raid on the establishment popular with the gay community and are regarded as the birth of the modern LGBT movement.

Pride events, in particular parades, carry a reputation for extremely lewd dress and behavior, including public sex acts, and children are often present and exposed to sordid displays.

“Catholics should be very wary of events in the June LGBTQ month,” Bishop Tobin said. “It’s not a fun-filled, family-friendly celebration of respect. It promotes a lifestyle and agenda that, in the extreme, is morally offensive.”

Catholics should be very wary of events in the June LGBTQ month. It’s not a fun-filled, family-friendly celebration of respect. It promotes a lifestyle and agenda that, in the extreme, is morally offensive.

Some responses to Bishop Tobin thanked him for speaking in the manner he did about the subject.

Many others excoriated his tweet as shameful, offensive, unchristian, bigotry and hypocrisy, harmful to the world and the Church, and consisting of fascism and xenophobia.

One tweet replied to Bishop Tobin that he had been reported to Twitter for “homophobic bigotry targeting an orientation.”

A number of replies invoked Pope Francis and his repute for an LGBT openness, as though the bishop was countering the pope’s teaching. And common among the negative replies to Bishop Tobin was the notorious “Who are you to judge?” maxim co-opted from the pope in 2013 and employed by LGBT advocates since.

“Have you listened to Pope Francis?” one user replied to the bishop, linking to an article on the pope’s reported private comments to Chilean sex abuse survivor Juan Carlos Cruz saying God made him gay and that it was okay to be gay.

Bishop Tobin responded to that tweet, clarifying the pope’s approach.

“Pope Francis loves people and welcomes them,” Bishop Tobin replied, “as Jesus does, as we all do. Pope Francis does not condone immoral behavior.”

The Catholic Church differentiates between human beings and sexual urges and does not identify individuals by sexual inclinations. It says that while same-sex attraction is not a sin, homosexual acts very much are.

The Church teaches that sexual relations are reserved for marriage, which is between a man and woman (CCC-2360).

Church teaching also states that homosexual tendencies are objectively disordered, and that individuals who experience them “must be accepted with respect, compassion, and sensitivity. Every sign of unjust discrimination in their regard should be avoided” (CCC-2358).

But the Church also teaches that homosexual acts are “acts of grave depravity” and they “are intrinsically disordered,” and further that “under no circumstances can they be approved” (CCC-2357).

The Church says as well that, “homosexual persons are called to chastity” (CCC-2359), which is also what its teaching says about all people.

Bishop Tobin has been a vocal proponent of Catholic Church principles.

He defended the Providence College student who’d been attacked for supporting marriage, and he has spoken in defense of marriage life and on the importance of worthiness to receive Holy Communion.

In a column last year Bishop Tobin wrote that while it was good to “encounter” and be “welcoming” with people, this does not mean doing so at the expense of the truth.