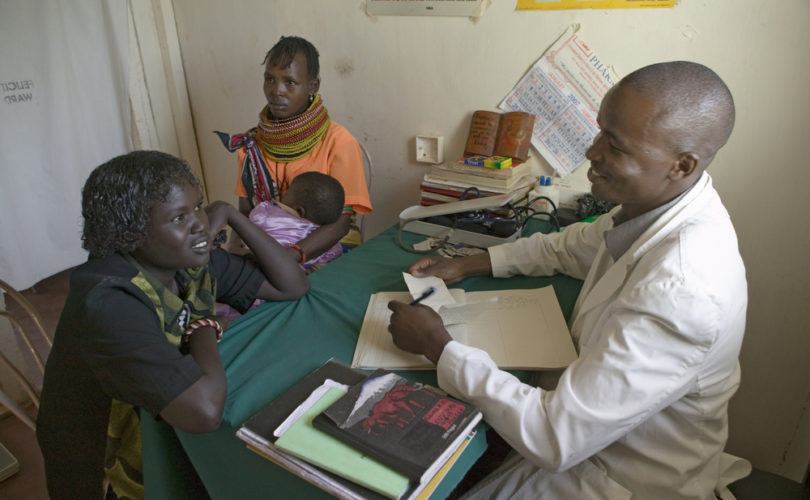 BALTIMORE, Maryland, October 21, 2016 (LifeSiteNews) – The chairman of Catholic Relief Services issued a preemptive letter to U.S. bishops critical of the Lepanto Institute’s most recent CRS report on contraceptive distribution in the Congo and seeking united affirmation of CRS in advance of the report’s release.

The letter, obtained by LifeSiteNews by an anonymous source, asked bishops to defend CRS and said that the Lepanto Institute’s reports “lack a relationship with the truth.”

Based on a presumption that Lepanto Institute President Michael Hichborn was recently investigating CRS in Kenya and the Congo, the letter also incorporated standardized statements signed by bishops in both African countries to bolster praise for CRS.

“As previously, we expect the upcoming attack also to lack a relationship with the truth,” Oklahoma City Archbishop Paul Coakley wrote in the September 29 letter.

The Lepanto report was issued October 17, focusing on CRS activity in the Congo, and did not involve Kenya.

“As evidence, we have already received letters of support (below) from the Kenyan bishops and the bishops of the Democratic Republic of the Congo who are aware that Hichborn has been digging into CRS’ work in their countries,” Archbishop Coakley’s letter continued.

The African bishops’ letters are addressed to the corresponding country’s CRS representative and contain virtually the same wording, saying the bishops’ conference stands behind CRS, with whom they have partnered for a certain number of years, inserting the various specifics for both countries, respectively. The letters say CRS’ work “has always been faithful to Catholic teaching and supports the Gospel of Jesus Christ.”

“The statements are exactly identical,” Hichborn said, “indicating they were form letters sent by CRS. The question is, whether the conferences even knew about or saw the report before signing those letters.”

“Have all the bishops in Kenya and the Democratic Republic of Congo seen this letter to sign it?” he asked. “Or was it seen by one person at the respective conferences, signed, and returned?”

Read Archbishop Coakley's letter here (or access PDF of all the documents here):

CRS was aware he was in Kenya, Hichborn told LifeSiteNews, but didn’t know how they fit into his being in Kenya.

“CRS didn't know what the report was on,” he said, “but they knew where I was and obtained statements from the bishops' conferences in Kenya and Congo as a prelude to whatever I was going to publish.”

Hichborn was in Kenya to address the World Congress of Families from September 22 to September 28.

Hichborn said CRS, through Archbishop Coakley, “pre-gamed” the forthcoming Lepanto Institute report, and that this reveals guilt on the part of the U.S. Bishops’ relief agency, as well as validating his report.

“Pre-gaming a response to an unknown is the action of a guilty party,” he stated. “No one who is innocent is going to try to strategize a response to a lie. CRS pre-gaming the response to my report without knowing what it contains means they didn't know what I was doing and wanted to cover their bases.”

The Lepanto Institute report detailed documents submitted to the U.S. federal government on USAID-funded Project AXxes in the Democratic Republic of the Congo from 2006 to 2010. The documents showed CRS facilitated the distribution of 2.25 million units of various types of contraception, including abortifacients, intrauterine devices (IUDs) and related insertion kits, and also surgical sterilization kits. The program resulted in a steep rise in birth control use in the area where formerly the people had minimal exposure to contraception.

Human Life International (HLI) issued a statement saying the report was “both credible and alarming.”

“The Church has long taught the truth about the evil presented by contraception, showing how it attacks life and undermines the family and women’s health,” the HLI statement said, “yet the Church’s largest international aid agency is directly participating in this contraceptive-based attack on the poor and marginalized in a country that is already suffering immensely from conflict and poverty.”

“The AXxes program reports are deeply troubling,” Population Research Institute (PRI) President Stephen Mosher said. “The reports appear to show that CRS was involved with the storage and distribution of abortifacient contraceptives. If it is true that CRS was complicit with the provision of abortifacient contraceptives, it would be a great cause for scandal for the faithful.”

In the preemptive letter to the U.S. bishops, Archbishop Coakley said previous Lepanto reports have “shown little substance” and that often the claims “are nothing more than guilt by tenuous association.”

He asked the bishops to answer inquiries on the report with assurance that CRS has systems in place to “ensure fidelity to its Catholic identity,” and provided a statement for use, which accused Hichborn of exploiting the situation for fundraising.

It stated in part, “It is disappointing and disturbing that there are groups that raise funds and mislead the faithful in an attempt to breed discontent and distract from the wonderful work Catholics are accomplishing around the world through CRS.”

Hichborn told LifeSiteNews that the anticipatory letter demonstrates more of the same in terms of CRS exhibiting a lack of intent to address issues raised by the contents of his report.

“The letter from Archbishop Coakley clearly tried to poison the well among the bishops by managing their expectation that the report I was going to release was going to be a lie,” he said.

“Archbishop Coakley asked the bishops to provide support for CRS regardless of what was contained in the report I was about to publish,” Hichborn pointed out. “This indicates that they had no intention of taking the report seriously and had shifted into damage control.”

Hichborn told LifeSiteNews the problem does not reside in the act of bringing concerns over CRS to light, and the concerns can only be alleviated if they are authentically addressed.

“If CRS was acting in conformity with Pope Benedict XVI's motu proprio on the Service of Charity and not receiving funds from or facilitating funds to organizations that commit abortion, distribute contraception or provide sterilization, none of CRS's critics would have any cause for concern. Furthermore, CRS wouldn't be consistently caught in these compromised situations.”

On Thursday, after Hichborn released his report, Ann Kioko, founder and president of the African Organization for Families, indicated her support for his work in a statement.

“[Hichborn] has always exposed CRS for dining on the same table with the devil, but CRS can't get enough of him,” she wrote on Facebook. “It's my humble opinion that we can't have such a body claiming to be Catholic and still promoting abortifacients!”

Access a PDF file of the leaked CRS documents here.