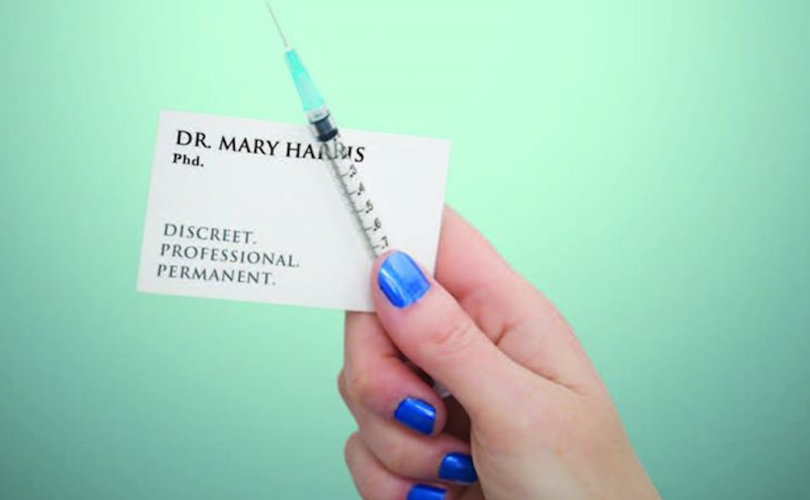 TORONTO, Ontario, October 19, 2016 (LifeSiteNews) — A Canadian TV series about a doctor who leads a secret life as a euthanasiast has been picked up by Lifetime, an American cable network.

That makes Amy Hasbrouck, the director of Toujours Vivant-Not Dead Yet, cringe. The disabilities rights group opposes euthanasia and assisted suicide. “It seems,” she told LifeSiteNews, “this is a part of an ongoing media project to manufacture consensus that euthanasia is a good thing by making a hero of people who euthanize.”

Dr. Eugene Gan, a professor of media studies at Franciscan University of Steubenville, worries that it will continue the steady erosion of Christian values around life. “It could never have been shown 50 years ago,” he said, “but now it will be accepted. It is part of a dark trend.”

Mary Kills People is a joint production of Toronto-based Entertainment One and Cameron Pictures and the brainchild of writer Tara Armstrong. Last week, Lifetime touted it as “an intense and thought-provoking series” and a “unique, rich drama with elements of humor and a fascinatingly complex protagonist.”

The plot outline states that “single mother Mary Harris (to be played by Caroline Dhavernas, who had a supporting role in Hannibal), is an ER doctor by day, but by night, she and her partner, a former plastic surgeon, moonlight as underground angels of death” who help terminally ill patients “slip away.” It continues: “Death is hot, business is booming and her underground life is getting complicated.”

This suggests an attempt to emulate Nurse Jackie, a show about a nurse displaying noble qualities on the ward while having a dysfunctional private life, including adultery and a secret drug addiction that takes several years of plotting to destroy her.

Last month, Hasbrouck blogged about a new HBO/VICE documentary “Right to Die,” which purported to present the debate over euthanasia but gave only two minutes of airtime to critics and 35 minutes to proponents. Only disabled people who sought euthanasia were interviewed, Hasbrouck said, and she worries that Mary Kills People will feature “only people who want euthanasia, and they will be presented as vaguely heroic for wanting to die.”

Hasbrouck thinks a better story line, about someone closer to the classical conception of a hero, would focus on a disabled person’s efforts to make meaning of his or her life while those around him or her are pushing euthanasia.

Hasbrouck expects Mary Kills People to emphasise the pain Mary’s client/victims are in. But pain is not the usual reason given for euthanasia, she insists. Loss of autonomy and of dignity are bigger reasons, according to data collected by the state of Oregon, since it legalized medical aid in dying.

Hasbrouck fears that Mary Kills People will encourage suicide during the emotionally vulnerable time after learning of a serious diagnosis or after a disabling injury. “Everyone says to them, ‘What a tragedy. You will lose your independence.’”

Mary Kills People could help society and the medical system steer disabled patients to suicide instead of providing adequate palliative care to the latter and proper home care to the former. “People fear loss of autonomy for good reason,” Hasbrouck said. “The state now puts them in a institution where you have to get up when they tell you, eat when they tell, bathe when they tell you. What should happen is disabled people should be helped to live at home where they can call the shots.”

Hasbrouck recommends Speechless, a new ABC comedy about an American family with a son who has cerebral palsy that has received good reviews such as the one from TV Guide, calling it “a clear-eyed and empathetic exploration of life in a special needs family that makes plenty of room for hilarity.”

Gan, the author of Infinite Bandwidth: Encountering Christ in the Media, says the media is not a bad thing but rather a “gift from God.” Fictional shows are particularly powerful forces for good or evil because they are narratives. “We are a narrative people. That is why Christ used stories. Stories convey truths that resonate with us.”

But TV shows also contain falsehoods intended to change our understanding and viewers need always to be aware of this process, Gan said. One of the viewpoints being promoted today is the homosexual agenda, Dr. Gan told LifeSiteNews. “Ten years ago, I was disgusted to see two members of the same sex kissing. Now, I’m not disgusted so much,” thanks to watching TV.