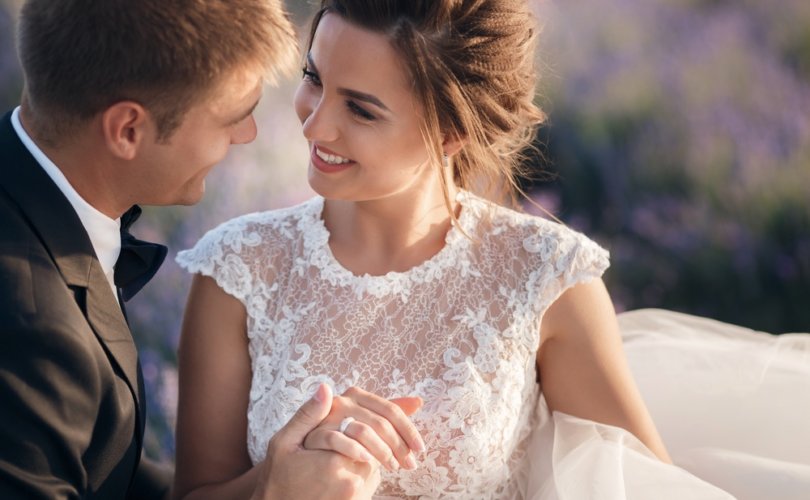 DAYTON, Ohio, February 23, 2018 (LifeSiteNews) – A Catholic university in Ohio has put the words “husband” and “wife” on a list of words that students should n’t use in order to meet “professional expectations.”

The University of Dayton’s (UD) website offers a “gender inclusive language” list for students. The site is under the university's “Women's Center” section. The school lists words deemed inappropriate because they are gender-specific, along with substitute words deemed appropriate.

The University of Dayton describes itself as a “top-tier Catholic research university with academic offerings from the undergraduate to the doctoral levels.”

Also, the UD website suggests that students should refrain from using words designating the gender of a professional such as a nurse, doctor, lawyer, administrator, secretary or teacher.

Students should use “generic occupational titles” to make it “easier to see that these jobs can be done by a person of any gender.”

Piran Talkington, a UD sophomore, said that the university in making such a list is “setting a precedent to start this possible, horrible future where words have lost all history and power.”

“By changing words like ‘husband,’ ‘wife,’ and ‘mankind’ you start to erase the history and significance of the journey that has been undergone in order to get society to the point where it is today.”

“Should we be inclusive? Absolutely. Should we change historical words with meaning to PC terms for no real reason? Absolutely not,” he said.

The list first appeared on the university’s website in 2015, but did not exclude “husband” and “wife.” That update came in January, 2016. The website was updated earlier this month after public reaction to the list with a note that tried to distance the university from the list.

“The gender inclusive language list is an educational resource — it is neither a guide nor an advisory nor does it represent University of Dayton or Women's Center policy. It is geared to assist those who prefer to use gender inclusive language as well as those who wish to avoid assuming the gender of an individual being discussed,” the note states.

“As a Catholic, Marianist university, we are guided by our mission to foster an educational community that welcomes and includes all people. As a Christian and educational community, we recognize that every person has innate dignity because all people are made in the image and likeness of God and we seek to create an environment where all persons feel respected, safe and valued,” it adds.

Reaction to the list came around the same time Canadian Prime Minister Justin Trudeau came under fire internationally for interrupting a woman and correcting her for saying “mankind” instead of  “peoplekind” at a town hall event.

“We like to say peoplekind, not necessarily mankind, because it’s more inclusive,” Trudeau said.