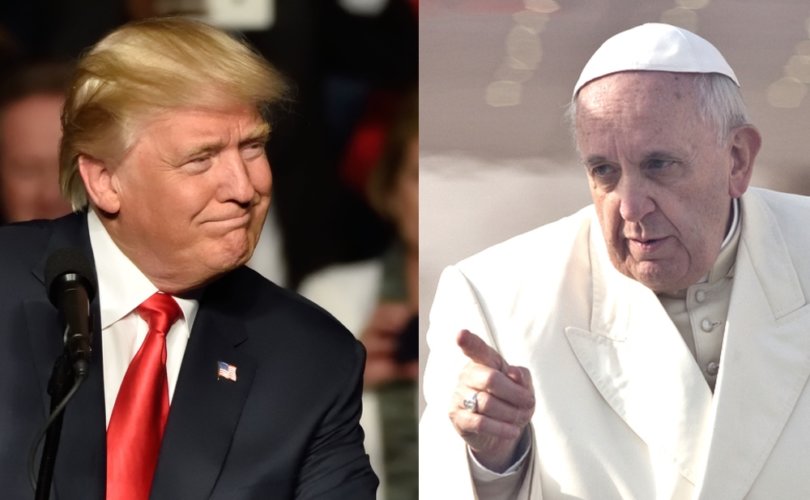 ROME, July 13, 2017 (LifeSiteNews) — Conservative Catholics in the United States have formed an “ecumenism of hate” with Evangelical Protestants in their united support for President Trump and his policies, claimed an Italian Jesuit magazine that is reviewed by the Vatican prior to publication.

The article published July 13 in La Civiltà Cattolica claims that some U.S. Catholic conservatives have built ties with fundamentalist Evangelicals for political purposes that evince “enormous differences” with Pope Francis.

“Appealing to the values of fundamentalism, a strange form of surprising ecumenism is developing between Evangelical fundamentalists and Catholic Integralists brought together by the same desire for religious influence in the political sphere,” the article states.

“Some who profess themselves to be Catholic express themselves in ways that until recently were unknown in their tradition and using tones much closer to Evangelicals. They are defined as value voters as far as attracting electoral mass support is concerned.”

“There is a well-defined world of ecumenical convergence between sectors that are paradoxically competitors when it comes to confessional belonging. This meeting over shared objectives happens around such themes as abortion, same-sex marriage, religious education in schools and other matters generally considered moral or tied to values. Both Evangelical and Catholic Integralists condemn traditional ecumenism and yet promote an ecumenism of conflict that unites them in the nostalgic dream of a theocratic type of state,” it adds.

The authors of the report are two of Pope Francis’ close confidantes, editor-in-chief Jesuit Fr. Antonio Spadaro and Marcelo Figueroa, an Argentine Presbyterian pastor who was appointed by the pope to head up his country's edition of the Vatican newspaper, L'Osservatore Romano.

Spadaro and Figueroa state that the “most dangerous prospect for this strange ecumenism” is an “xenophobic and Islamophobic vision that wants walls and purifying deportations.”

“The word ‘ecumenism’ transforms into a paradox, into an ‘ecumenism of hate,’ the writers state.

“Clearly there is an enormous difference between these concepts and the ecumenism employed by Pope Francis with various Christian bodies and other religious confessions. His is an ecumenism that moves under the urge of inclusion, peace, encounter and bridges,” the writers add.

The writers specifically name the U.S. Catholic news service Church Militant run by Michael Voris as an example of what they call a “warlike and militant approach” of forcing theology into politics.

“Francis wants to break the organic link between culture, politics, institution and Church. Spirituality cannot tie itself to governments or military pacts for it is at the service of all men and women. Religions cannot consider some people as sworn enemies nor others as eternal friends. Religion should not become the guarantor of the dominant classes. Yet it is this very dynamic with a spurious theological flavor that tries to impose its own law and logic in the political sphere,” they write.

The traditionalist Catholic blog Rorate Caeli called the article “unprecedented” in its “overreach.”

“Due to its unprecedented nature, and the direct attack it makes on the United States, its current administration (including President Trump and Steve Bannon, one of the President's highest advisors), American Evangelicals, Conservative Catholics in the United States (and Europe and Africa, concerned with the rise of Islamism), and even on a specific website and person (Church Militant and Michael Voris), the article's overreach is nothing if not breathtaking,” the blog stated.

Wall Street Journal Vatican correspondent Francis Rocca said that it's “unlikely” that the authors would have written the article without the Pope’s “approval, presumed or explicit.”

The authors are close advisors of the Pope and it's unlikely that they would have written this without his approval, presumed or explicit https://t.co/rBMRLKOdDO