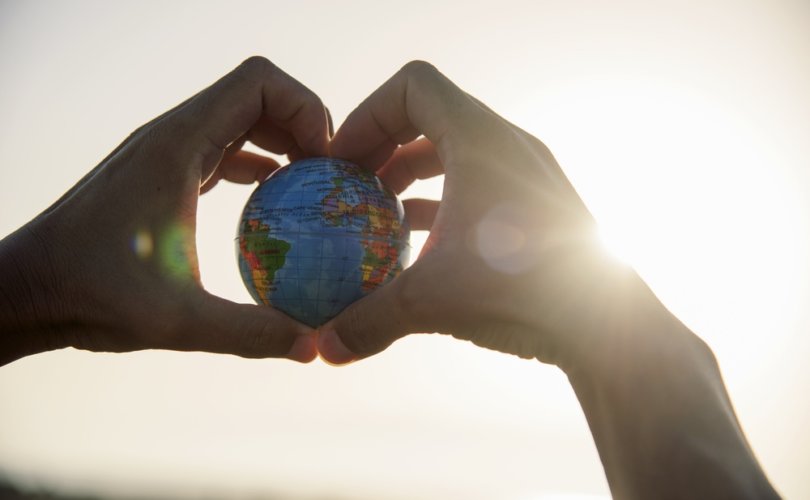 While 9 out of 10 U.S. Catholics believe that persecution of Christians around the world is somewhat or very severe (51% and 40% respectively), only half (49%) said they were very concerned about it. Almost 1 in 5 said they were not concerned at all (18%).

When asked to rank their concerns about global issues, U.S. Catholics put Christian persecution last as the issue they are very concerned about, the survey said.

Human trafficking was the top global issue about which U.S. Catholics are very concerned at 72%, followed by poverty at 68%, climate change at 55%, the refugee crisis at 51% and then Christian persecution at 49%.

Christian persecution is close behind climate change for Catholics’ level of concern in the survey (49% very, 33% somewhat, and 55% very, 28% somewhat, respectively).

However, it has the lowest level of concern of the five issues surveyed, Christianity Today reports, along with the highest share of those with no concern: Christian persecution (18%), climate change (16%), refugees (14%), human trafficking (7%), and poverty (6%).

The nationwide poll of 1,000 Catholic adults was conducted from January 16 to 24, 2018 by Aid to the Church in Need’s U.S. division and survey research company McLaughlin & Associates.

Aid to the Church in Need (CAN) is a papal charity of the Catholic Church, supporting Catholics and other Christians where they are persecuted, oppressed or in pastoral need, according to the organization’s website.

It looked at American Catholics’ awareness level of Christian persecution, the countries and regions where they consider Christians most severely persecuted, and specific measures and policies they want the U.S. and other Western governments to take up.

The survey also measured how engaged they feel that the pope, their bishops and their parishes are on the issue of Christian persecution, and the actions they believe they themselves can and should take.

Approximately half of U.S. Catholics say that Pope Francis is “very engaged” on the issue of Christian persecution, the survey said, while just 27% think their local bishop is engaged and only 24% believe their parish is involved with the issue.

“The survey reveals quite clearly that there is a need to increase the engagement level of the U.S. Catholic Church when it comes to global Christian persecution – both at the grassroots and leadership levels,” said Aid to the Church in Need-USA Chairman George J. Marlin.

Crux’s John Allen also noted in his report on the survey that the results “reveal a relatively low level of urgency among American Catholics about coming to the aid of persecuted Christians.”

Pope Francis has spoken in support of persecuted Christians, asking for prayer for those suffering persecution, and recently meeting with victims of Christian persecution.

Francis’ support for advocacy against climate change – an issue that remains the subject of dispute – has gotten considerable news coverage, with a largely climate change-friendly media and also owing to the pope’s many statements on the issue, the numerous climate change conferences conducted by the Vatican during his papacy and his 2015 ecological encyclical Laudato Si

Marlin said in regard to the ACN survey results on U.S. Catholics’ perception of Christian persecution that there is a need to better inform and engage the Catholic audience.

“There is an obligation to keep the spotlight on the topic and showcase the seriousness and pervasiveness of Christian persecution around the world,” Marlin said.