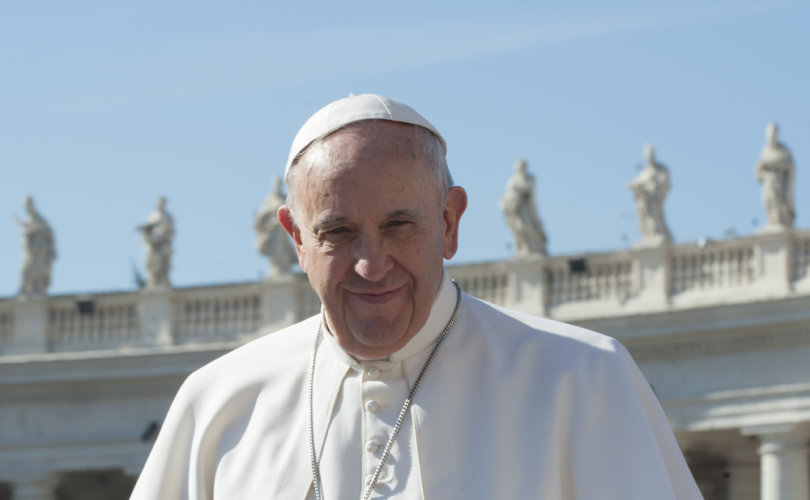 March 13, 2018 (LifeSiteNews) – A newly-released Pew Research survey indicates that American Catholics’ Mass attendance has dropped during the Francis pontificate, and that roughly three-quarters of U.S. Catholics think Pope Francis has made the Church more accepting of homosexuality.

Seven in ten American Catholics said they thought Pope Francis has made the Church more accepting of divorce and remarriage.

The year before the pontificate of Pope Francis began – during Pope Benedict XVI’s papacy – 41 percent of Catholics in the U.S. attended Mass weekly. Now, only 38 percent of respondents said they attend Mass every week.

Michael Hichborn, President of the Lepanto Institute, told LifeSiteNews he finds it interesting that “all of those numbers” indicating support for the Pope’s bishop appointments, environmental advocacy, and help for homosexuality “are concomitant with those who do not attend Mass on a weekly basis.”

Some of the ways in which the data were presented were “really misleading,” said Hichborn.

So that statistic really means “78 percent of 38 percent of all those polled,” said Hichborn, which is “really misleading.”

“The survey also finds signs of growing polarization along partisan lines in Catholics’ views of Francis,” Pew reported, with the number of Republican or Republican-leaning Catholics who think the pope is too liberal more than doubling since 2015 – up from 23 percent to 55 percent.

Below are some other key findings on this pontificate and life and family issues, as reported by Pew:

Despite the overwhelming perception of Pope Francis as loosening the Church’s attitude toward behaviors it has always labeled immoral, “seven-in-ten U.S. Catholics say Pope Francis is doing a good or an excellent job spreading the Catholic faith and standing up for traditional moral values.” (But 62 percent of U.S. Catholics don’t go to Sunday Mass.)

The poll “shows an extremely poor catechesis within the Catholic Church,” said Hichborn. “The bishops who are very supportive of Pope Francis have played into the propaganda machine that is pushing a hard-left agenda. And they’re pushing it within the parishes…The only useful thing that this poll gives is the sad state of affairs within the Church.”