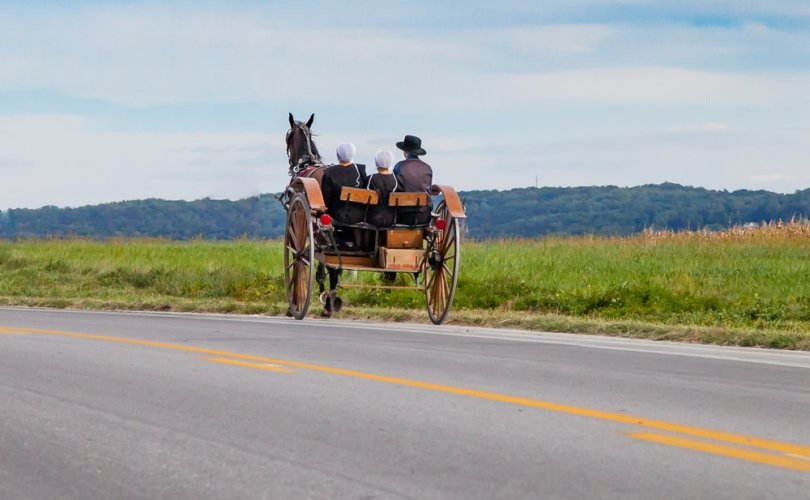 LANCASTER, Pennsylvania, January 4, 2018 (LifeSiteNews) – The largest conference of Mennonite congregations in the U.S. has officially split from the Mennonite community Monday over concerns that the wider church is beginning to affirm LGBT lifestyles.

The Lancaster Mennonite Conference (LMC) had voted to leave the Mennonite Church USA (MC USA) in 2015, and the decision became effective January 1, 2018.

The LMC, comprised of 179 congregations in New York, Pennsylvania and Ohio, left over the definition of marriage and the sinfulness of homosexuality, according to a report from Religion News Service.

A pastor for one of the LMC congregations told NPR back when the vote to split took place it was actually the MC USA that had departed from Biblical teaching.

“We are in a sense not really leaving,” said Steve Olivieri, pastor of Cornerstone Fellowship of Mill Run in Altoona, Penn. “They are the ones that essentially have left true biblical Christianity in this respect.”

“I don’t want to do some of the things the Bible says sometimes, lot of times — but I still have to do it,” Olivieri said. “We understand that whenever a passage says, ‘The following shall not inherit the kingdom of God,’ and it lists homosexuals, we believe that’s a lifestyle choice that you make.”

Mennonite teaching says homosexual activity is a sin, and also defines marriage as a lifelong covenant between one man and one woman.

The U.S. Mennonite Church has reprimanded and fired pastors who have defied the church’s doctrine and conducted “LGBT weddings,” a Daily Caller report said, but individual pastors have advocated for change. This push led the Mennonite U.S.A denomination to implement hiring and other official policies that the LMC saw as affirming LGBT lifestyles, resulting in the split.

Donald Krabill, an Elizabethtown College professor who studies the Mennonites and their Protestant counterparts, the Amish, said at the time of the 2015 LMC decision that it usually takes considerable time, longer than just a couple years, to affect social change in a healthy way.

“Typically, when you have social change, it may occur over one or two generations,” Krabill said. “To put it in a fast track and to try to make decisions about it in a matter of two or three years can be very dangerous for the health of a community.”

Both the Mennonites and the Amish are Anabaptists – a derivative of Protestantism espousing that baptism is valid only when conferred upon adults. The two denominations share common historical roots and similar beliefs, but differ on how those beliefs are practiced.

Mennonites generally embrace technology, higher education and the outside world in contrast to the Amish, along with missionary activities.

A smaller branch of Protestantism, the Mennonite denomination has about 2 million members worldwide.

In Canada, similar splintering over doctrine along with dropping membership has led to the formation of regional groups of congregations sharing similar views, according to RNS.

The LMC’s exit reduces overall MC USA membership by about a sixth, Christianity Today reports, taking about 14,000 of that total number.

Since 2015, 29 congregations have joined the Lancaster conference, the report said. Roughly half of them came from the nearby Franklin Conference, which had also voted to split from MC USA over the homosexuality issue.

The MC USA had voted against a proposal to affirm gay marriage, but in 2015 passed a resolution to offer “grace, love, and forbearance toward conferences, congregations, and pastors in our body who, in different ways, seek to be faithful to our Lord Jesus Christ on matters related to same-sex covenanted unions.”