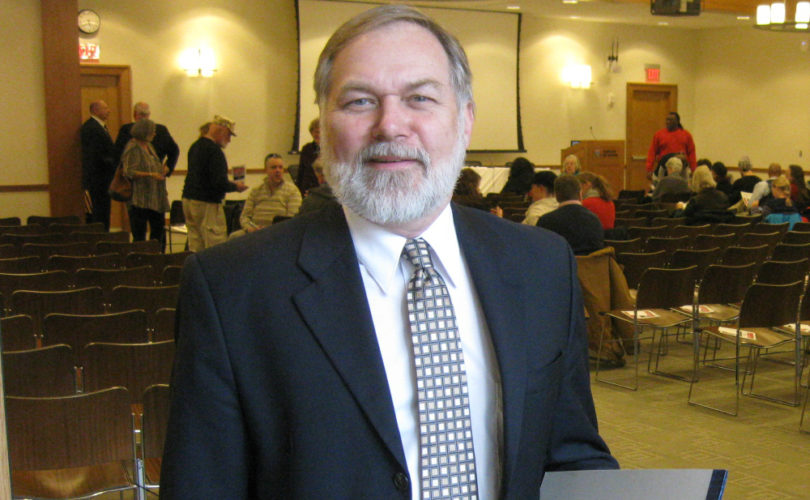 The First Circuit Court of Appeals has allowed a lawsuit to proceed against U.S. pastor Scott Lively accusing him of “crimes against humanity” for his overseas activism opposing the homosexual agenda.

The plaintiffs are seeking unspecified damages “to be determined at trial” and a declaration that he violated “the laws of nations” by speaking against homosexual “rights.”

Pastor Scott Lively, who recently completed an unsuccessful bid for governor of Massachusetts, was sued in 2012 by the Center for Constitutional Rights (CCR) on behalf of “Sexual Minorities Uganda.” The Ugandan homosexual activist group claims Lively’s speeches and sermons warning Ugandan leaders not to follow the liberal West’s lead on homosexuality incited murders, violence, and persecution of homosexuals in the African nation.

The lawsuit is seeking redress under the Alien Tort Statute – a controversial law that has occasionally allowed foreign nationals to sue U.S. citizens in American courts for crimes committed overseas, regardless of whether the law supposedly broken was a U.S. law, or a law in the country where the alleged crime occurred.

Lively asked Judge Michael Ponsor to throw the case out, arguing that his right to free speech is protected under the U.S. Constitution, and nothing he did or said violated Ugandan law.  But Ponsor refused in a vitriolic 79-page ruling on August 14, 2013 that called Lively’s opposition to homosexual behavior “ludicrous.”  The judge blamed Lively’s speeches for everything from isolated incidences of police brutality against homosexuals in Uganda to the introduction of a controversial bill that would have made homosexual behavior punishable by death. The penalty was later amended to life in prison, but the bill failed anyway.

Lively has expressed support in Uganda and other countries for laws banning pro-homosexual propaganda, similar to the law Russia recently enacted, however he strongly opposed the harsh penalties in the Ugandan bill.  The lawsuit claims that by sharing his views with influential people in Uganda, Lively somehow set off a chain reaction of violence and persecution against homosexuals that continues to this day.

Lively appealed to the First Circuit Court, asking them to overrule Ponsor’s judgment and dismiss the case.  He again pointed out that he had not broken any U.S. or Ugandan laws, and said he could not be held responsible for the actions of an entire foreign society, nor its individual members, just because he made some speeches in 2009.

But last week, a 3-judge panel on the First Circuit denied Lively’s request.  While they conceded that “it is debatable whether [Judge Ponsor] has properly parsed the petitioner's protected speech from any unprotected speech or conduct,” they said that Lively’s “right to extraordinary relief is not clear and indisputable.”

Given the importance of the case to future application of Alien Tort Law, the judges said they would rather allow it to go forward in order to further explore the issues raised by Lively and his lawyers.

“This petition for [dismissal] raises a number of potentially difficult issues with respect to the Alien Tort Statute … and the First Amendment in cross-border application,” the judges wrote.  “Further development of the facts will aid in the ultimate disposition of this case.”

In 2002 and 2009, Lively was invited to speak before a group of Ugandan pastors who were concerned about the rise of pornography and homosexuality in their culture.  He shared with them the history of how American culture “had been brought low” by homosexual activists in the U.S., and warned them that unless they took action to prevent it from happening in their country, they could expect similar results. He reportedly drew connections between homosexuality and child sexual abuse, noting that historically, most homosexual behavior has started with pederasty — men having sex with adolescent boys — and encouraged Ugandans to protect their children from indoctrination or recruitment by gays and lesbians.

Brian Camenker of MassResistance, who works closely with Lively on pro-family issues in Massachusetts, told LifeSiteNews by email that he found the First Circuit’s decision “outrageous.”

“First of all, the charges are ridiculous on their face, and in fact false,” said Camenker.  “Second, a U.S. Supreme Court Decision last summer clearly nullified any use of the Alien Tort Act by the plaintiffs, which is the mainstay of their case.”  Camenker was referring to Kiobel v. Royal Dutch Petroleum, in which the Supreme Court ruled that the Alien Tort Statute does not apply outside the United States.

Camenker added that Judge Posner “should have recused himself because of his background – going back years – of supporting the homosexual movement and its goals.”  He provided a link to an investigatory piece he wrote, which says in part: “Ponsor is openly liberal and a protégé of pro-homosexual Judge Joseph Tauro, who recently ruled to strike down DOMA in the federal court. But that's just his more visible profile.”

Continued Camenker, “Ponsor's bias favoring the homosexual movement goes back several years. At his judicial induction ceremony on Feb. 14, 1994 … Ponsor told the assembled crowd, ‘We have a proud, vibrant gay and lesbian community’ in Western Massachusetts. At that time, it was a particularly unusual statement to make, especially for a judge.”

Camenker noted that Ponsor has indirectly funded the plaintiffs’ legal organization for years with donations to the Community Foundation of Western Massachusetts (CFWF), which funnels money to CCR.  Additionally, Ponsor’s second ex-wife and daughter both identify as lesbians, and his first ex-wife was a prominent pro-lesbian activist.

Perhaps more troubling is what Camenker described as Ponsor’s “troubling ties to plaintiff's local counsel, who is also a radical activist.”

“The local opposing counsel in this case, Luke Ryan, worked as a law clerk for Ponsor from 2005-2007 and appears to be close friends with him,” Camenker wrote. “Ryan is an active supporter of Arise for Social Justice, a thuggish pro-homosexual group which, along with ‘Occupy Springfield,’ has terrorized Pastor Lively's downtown coffee house mission. Ryan is also involved with Out Now, a homosexual group that demonstrated against Lively at the court hearing.”