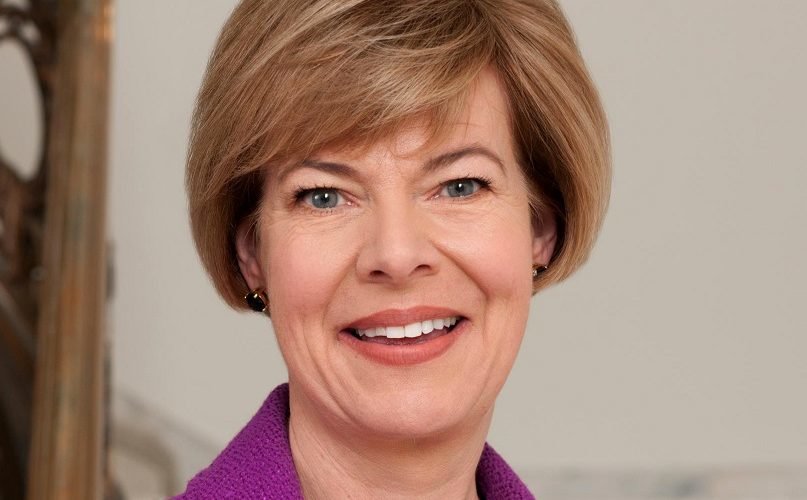 WASHINGTON, D.C., July 7, 2015 (LifeSiteNews) – The freedom of religion guaranteed by the First Amendment applies only to churches, not to individuals, a U.S. senator said on national television recently.

“Should the bakery have to bake the cake for the gay couple getting married?” the host asked. “Where do you come down on that?”

Baldwin responded that the First Amendment gave Americans no right to exercise religion outside the sanctuary of their church, synagogue, or mosque.

“Certainly the First Amendment says that in institutions of faith that there is absolute power to, you know, to observe deeply held religious beliefs. But I don’t think it extends far beyond that,” she said.

Sen. Baldwin then likened the issue to the Obama administration's contentious HHS mandate, requiring employers to furnish contraceptives, sterilization, and abortion-inducing drugs to female employees with no co-pay.

“We’ve certainly seen the set of arguments play out in issues such as access to contraception,” Baldwin said. “Should it be the individual pharmacist whose religious beliefs guides whether a prescription is filled, or in this context, they’re talking about expanding this far beyond our churches and synagogues to businesses and individuals across this country.”

“I think there are clear limits that have been set in other contexts, and we ought to abide by those in this new context across America.”

That view contrasts with a broad and deep body of law saying that individuals have the right to exercise their religion freely under the First Amendment, not merely to hold or teach their beliefs.

“At the Founding, as today, 'exercise' connoted action, not just internal belief,” wrote Thomas C. Berg, the James L. Oberstar Professor of Law and Public Policy at the University of St. Thomas School of Law.

That body of cases shows the First Amendment is an individual, not merely a corporate, right.

Further, the extent – and the constitutionality – of the HHS mandate is far from settled.

The Becket Fund for Religious Liberty has won 28 injunctions against the ObamaCare regulation and lost six.

The most significant statement to date has been the U.S. Supreme Court's Hobby Lobby decision last June, when the justices ruled 5-4 that closely held corporations do, indeed, exercise conscience protections under the terms of the Religious Freedom Restoration Act.

However, the justices did not invoke the First Amendment's guarantee to freedom of religion – the “first freedom” that many say has been increasingly constricted under the Obama administration. The president rhetorically has spoken only of the “freedom of worship,” while conservatives say the “free exercise” clause grants Americans the right to practice their religion inside or outside church, in any relevant aspect of their lives, subject only to the most extreme provisions.

The RFRA holds that the government may not substantially burden any religious belief without having a compelling governmental interest.