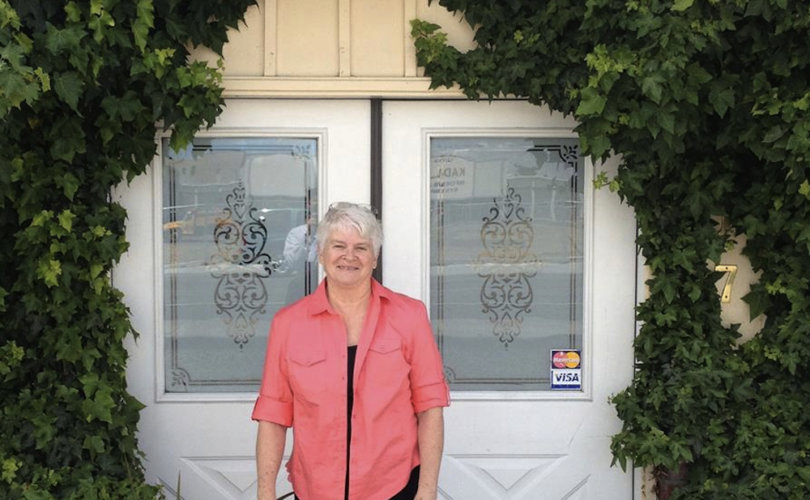 RICHLAND, Washington, June 6, 2018 (LifeSiteNews) — The U.S. Supreme Court is expected to soon decide the next step in another high-profile religious liberty case, days after affirming that Colorado discriminated against a Christian small business owner.

On Monday, the court ruled 7-2 that Masterpiece Cakeshop owner Jack Phillips was denied a fair hearing by the Colorado Civil Rights Commission, which the court found to have displayed anti-religious animus. Many are hailing the decision for its vindication of religious liberty in Phillips’ case, and others fear it may allow other regulators to coerce participation in same-sex “marriages,” as long as they don’t make hostile public statements while doing so.

One of the first tests of what the ruling means for future cases will most likely be Arlene’s Flowers in Richland, Washington.

Washington Attorney General General Bob Ferguson sued florist Barronelle Stutzman for refusing to provide flowers for a customer’s same-sex ceremony. Stutzman had previously served the customer’s every other request for years, and has employed homosexual workers, but her Christian faith compelled her to draw a distinction between serving all individuals and lending her artistic endorsement to celebrations of homosexual union.

The Washington Supreme Court ruled last year that the government may force Christians to serve same-sex “weddings,” and in July 2017, the conservative Alliance Defending Freedom (ADF) petitioned the U.S. Supreme Court to take up the case.

“The Court is scheduled to discuss her case this Thursday,” Kristen Waggoner, senior vice president of ADF’s U.S. legal division, revealed Tuesday in an email. ADF believes the case’s similar facts will yield a similar outcome.

“In the legal briefs that the attorney general has filed in Barronelle’s case, (Ferguson) has repeatedly and overtly demeaned her faith. He has compared her religious beliefs about marriage — which the Supreme Court said are ‘decent and honorable’ — to racial discrimination,” Waggoner noted. “This conflicts with the Supreme Court’s recognition in Masterpiece Cakeshop that it was ‘inappropriate’ for the government to draw parallels between those religious beliefs and ‘defenses of slavery.’”

Ferguson, meanwhile, claimed that the Masterpiece ruling would do little more than “add some procedural steps” to the case, and that he was confident the Supreme Court would side with him.

“It’s important to understand that the high court’s ruling specifically relies on several items that are not present in our case,” he added. “We are confident Washington courts showed no such hostility” toward Stutzman’s faith, though he did not address the quotes ADF produced.

There are further differences between the two cases, including that Washington recognized same-sex “marriage” when Stutzman’s case began while Colorado did not at the start of Phillips’, though it’s unclear what bearing, if any, those details would have on the outcome.

Additionally, ADF senior counsel Jim Campbell noted that Ferguson took the “unprecedented” step of bypassing the normal administrative process in such cases to sue her, and that the attorney general displayed his bias by pursuing her while declining to take action against a gay businessman who kicked several Christian pro-lifers out of his coffee shop on the grounds that “I'm gay, you have to leave.”

The Supreme Court could decide to agree to review the case, decline the case (allowing Washington’s ruling against Stutzman to stand), or it could “grant, vacate, and reverse,” which would order the Washington Supreme Court to re-hear the case while factoring the Masterpiece ruling into its decision.