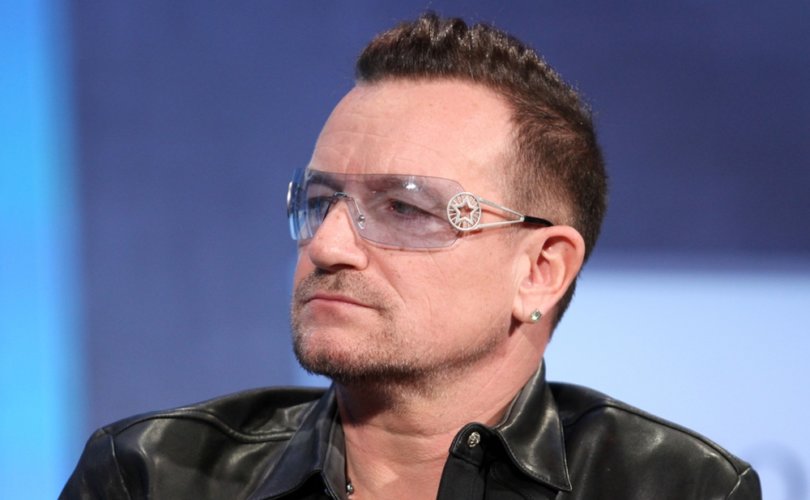 IRELAND, May 2, 2018 (LifeSiteNews) – On Tuesday, the popular Irish band U2 tweeted its support for repealing Ireland’s pro-life Eighth Amendment and legalizing abortion on demand across the Emerald Isle.

Vote on May 25th pic.twitter.com/jiCVZvfJuH

“Tell me again how they're like totally Catholic and stuff,” the Creative Minority Report blog sarcastically responded. Ironically, the “repeal the 8th” graphic U2 tweeted was heart-shaped.

U2’s lead singer Bono is known around the world for openly proclaiming Christianity as his faith. There is even a “U2-charist” movement aimed at normalizing U2 songs as church music.

Bono gave an interview to Focus on the Family radio in 2013, discussing Christianity, Jesus, and ending poverty. He has on many other occasions talked about his belief in Jesus.

On May 25, the Irish people will vote on whether to repeal their pro-life constitutional amendment that guarantees pre-born humans the right to life. Extra.ie called the amount of fans U2 lost over its pro-abortion tweet “legions.”

Another Irish-born celebrity, Liam Nesson, narrated an anti-Catholic, pro-abortion video Amnesty International video in 2015. The video portrayed the 1980s, when the Eighth Amendment became law, as the “Dark Ages.” It depicted the Catholic Church as a backwards force behind the life-saving law.