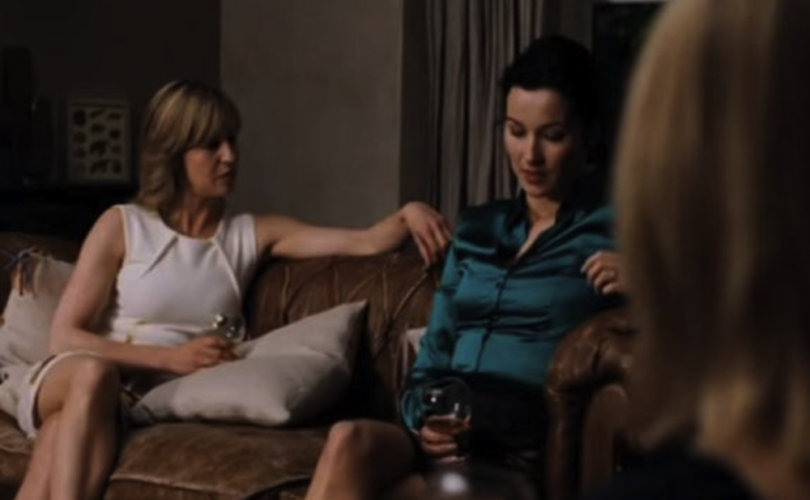 The Dinner Club, a Dutch film made in 2010, is barred in Uganda because of its pro-homosexual content.

KAMPALA, Uganda, June 19, 2017 (LifeSiteNews) – The Ugandan movie rating council denied classification to a homosexual film in a move that effectively bans the motion picture from being shown in the country.

The Uganda Media Council explained that the Dutch movie, The Dinner Club, “depicts and glorifies homosexuality” in addition to voicing other objections. Sodomy is illegal in Uganda.

The 2010 pro-gay movie was selected to be the Dutch entrance in Uganda's third annual Euro-Uganda Film Festival but was cancelled after the Council's decision. The Dutch Embassy in Uganda responded by pulling out of the movie festival altogether.

Bucking a global trend to normalize homosexuality, Uganda is banning the motion picture on moral grounds. The media council noted extensive moral objections to the movie, summarizing, “The film depicts and glorifies homosexuality, which is a criminal offense in Uganda.”

The media watchdog listed four scenes in the movie where homosexuality is positively shown and quoted from a scene in which normal, traditional, heterosexual marriage is disparaged, concluding, “This is against Ugandan values.”

It also listed various crimes depicted in the movie such as arson and violence against a hospital patient that “are not resolved and/or culprits apprehended.”

“The whole film revolves around the idea of cheating spouses,” the movie ratings council wrote in its decision. The plot line, according to the council, is that “women form a 'Dinner Club,' which is in reality a sort of brothel.”

Further moral objections included “various scenes with lurid language,” including “the a-word, d-word and h-word” as well as “S and F words used a few times each and 'bastard' used several times.”

Homosexual activists objected to the decision. “The Ugandan Constitution guarantees the right to freedom of speech and expression under Article 29, and this decision denies that right,” complained Henry Maina, regional director for ARTICLE 19 Eastern Africa.  “This is not only a significant blow to artistic expression in Uganda but a worrying example of discrimination against LGBT expression.”

The ARTICLE 19 group demands that The Dinner Club be shown in the name of “artistic expression.”

The Dutch Embassy in Uganda posted on Facebook its disappointment with the Ugandan media council's decision. Comments to the post from individuals were both supportive and critical.

One supporter of morality commented, “People from the West should know that Uganda has a culture and it's very right to prohibit what they see as evil or will torment our culture.”

The Ugandan government has taken steps since its AIDS epidemic in the 1980s and early 1990s to bring back traditional values that they associate with health and societal good.  Public health messages funded by the government promoted abstinence before marriage, fidelity in marriage, and the use of condoms “as a last resort.”

Abstinence is emphasized over condoms. Ugandan President Yoweri Museveni explained that condoms “cannot become the main means of stemming the tide of AIDS.” Rather, condoms were only in the event that a man “cannot manage” to control himself, “as a fallback position, as a means of last resort.”

Before the AIDS epidemic, the practice of “concurrency” was common in Ugandan culture, where men would have more than one sex partner at a time, whether heterosexual or homosexual. Posters, newspaper ads, billboards, and radio and television campaigns delivered “Zero-Grazing” and “Love Carefully” messages to those men throughout the 1990s.

Community and religious leaders worked hand-in-hand with the government to encourage sexual morals among the populace. Schools taught abstinence before marriage, and fidelity in marriage.

In 1991, 15 percent of the population was infected with HIV. By 2007, that number had been cut by nearly two-thirds to six percent.

Homosexual activists in the West criticized Museveni's morals campaign as unconstitutional throughout the 1990s and first decade of the new millennium.