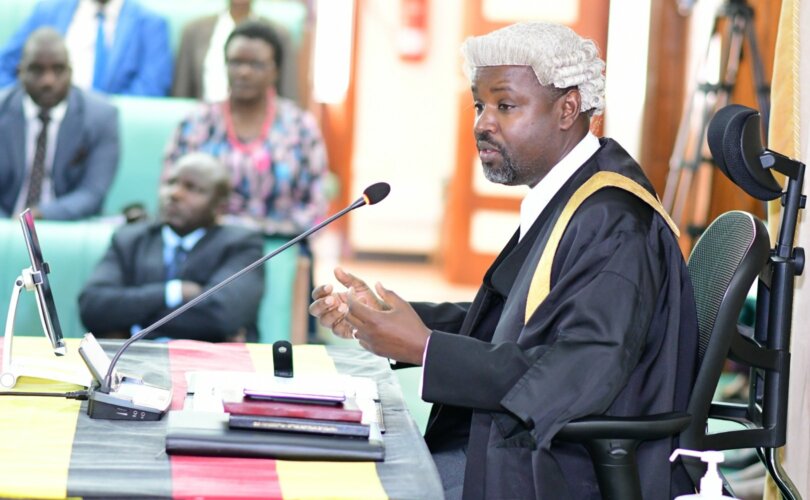 KAMPALA, Uganda (LifeSiteNews) — A leading Ugandan politician warned fellow parliamentarians about the effect of homosexuality in the country’s schools.

Deputy Speaker Thomas Tayebwa told parliament yesterday that he had heard “painful” and “grueling” stories of the homosexual influence being felt by students.

“I talked to one student personally — he told me in one of their schools you cannot move in the compound at night. You fear… yes, he’s from a major school, one of the prominent major schools… he told me you fear being grabbed and sodomized,” the MP explained.

“And some of your children are dying in silence, and some of the parents are also dying in silence. So, the Committee on Education, this is a matter you have to give urgent priority to. It’s an issue which we must tackle head on, without fearing anyone… ”

Speaking today in parliament, Tayebwa encouraged MPs to face down those people who would impose a homosexual culture.

“I want to warn you colleagues that this matter is not for the faint-hearted. These people have a lot of money and they are going to target us. Some of you might be denied visas… but you must remain strong,” he said.

The Deputy Speaker blamed one NGO, the “Human Rights Promotion Awareness Forum,” for a local government’s recent decision to categorize homosexuals and those with gender dysphoria as “marginalized people.”

Building on yesterday’s claim that such “entities” should be “patrolled,” Tayebwa today insisted that the particular NGO “is going around the country and now they are using our local governments.”

The committee on Education will have space on the order paper to present their report on this issue. We are going to see how we work with the government and stop homosexuality. We must protect our children, save humanity and our country.

The Christian politician came to international prominence in November 2022 when he led African opposition to the inclusion of abortion and LGBT clauses at the African, Caribbean, and Pacific-European Union (ACP-EU) summit, where the Contonou Agreement was revised.

“We have discovered that with the Post Cotonou agreement, there are hidden clauses concerning human rights,” Tayebwa said. “Clauses to do with sexuality, promotion of LGBT/homosexuality, and clauses to do with abortion. The EU is demanding that we take a certain route; they should also know the character of our society.”

The face-off with western nations escalated in December when representatives of the Biden administration confronted Uganda President Yoweri Museveni regarding the country’s LGBT policies.

The Grio reported that Museveni met for trade talks with several members of the U.S. State Department who took the opportunity to challenge him on Uganda’s criminalization of homosexual acts and same-sex unions. A since-annulled law that Museveni signed in 2014 made intercourse between members of the same sex punishable by life imprisonment.

Uganda also rejected a 2022 United Nations statement claiming abortion is a “human right.” A total of 33 African nations rejected the organization’s call for all of its members to provide “access to safe abortion” within their borders.

Deputy Speaker Tayebwa has previously called on his own government to fund churches in Uganda as part of its effort to resist many NGO’s push for the legalization of abortion and sodomy.

“Why can’t we fund our churches? Why do we leave our churches at the mercy of people who are saying ‘we shall not fund you because you are not supporting LGBT,’” Tayebwa reportedly asked a meeting of politicians.

“We can start these discussions and agree on a formal way with the religious leaders on how much the government can give them to support their activities. With this, we shall cut off donors and evil people promoting homosexuality and abortion in our Church.”