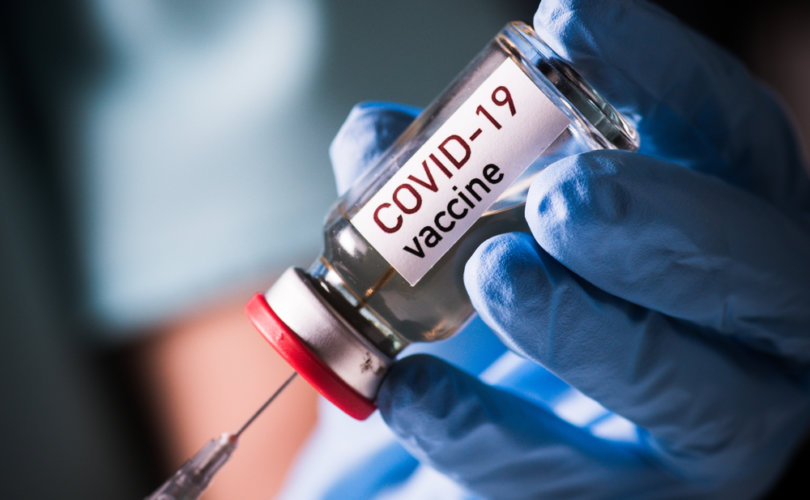 BARNSLEY, England (LifeSiteNews) – A teenage girl in England died following a severe and sudden “thunderclap headache” last year, thought to have been brought on after taking the AstraZeneca-developed mRNA jab against COVID-19, an inquest has heard.

18-year-old Kasey Turner died on February 27, 2021, four days after she was admitted to Barnsley Hospital in south Yorkshire with “the worst migraine she ever had,” according to an investigation into her death held at Sheffield’s Medico Legal Centre on March 22.

The court heard that Turner was “screaming in pain” due to her so-called “thunderclap headache” which, according to Barnsley hospital consultant radiologist Dr. Nicola Lee, is “most commonly associated with a subarachnoid hemorrhage,” a type of brain bleed.

The Yorkshire Post reported that Turner received her first dose of the AstraZeneca shot, which has been closely correlated with blood clot concerns following its rollout, on February 13, just two weeks before her death.

At the time, there was no national COVID “vaccination” campaign for people in the 18-29 age bracket in England, but owing to her placement as a student paramedic with the Yorkshire Ambulance Service NHS Trust, which ran an immunization program at the time, she was offered the jab earlier than her peers.

If it had not been for her job as a trainee paramedic, she would likely not have received the shot at that time, according to thrombosis expert Professor Michael Makris, who spoke at the inquest.

Upon arriving at the hospital with a severe headache complaint on February 23, doctors initially diagnosed Turner with immune thrombocytopenia, a low blood platelet count, but an investigation following her death found that she had actually suffered a cerebral venous sinus thrombosis (CVST), a blood clot in the sinus cavity, which had been missed by doctors carrying out the original CT scan.

Turner had also experienced many “common” adverse events associated with the shots, the inquest heard.

After suffering seizures while in the hospital, medical staff considered brain surgery, but opted not to initiate the procedure, as it was thought that it could cause “significant brain damage.”

Makris argued that the fatal clot had been caused by the COVID shot, which he said had given Turner “vaccine-induced immune thrombotic thrombocytopenia (VITT),” in his professional opinion.

VITT is a condition in which a patient suffers two separate ailments at the same time: low blood platelet count and blood clotting brought on by inoculation. Makris said that the jab was therefore the “root cause” of Turner’s death.

“I believe the vaccine here was key and I believe it should appear on the death certificate,” the Sheffield University professor stated.

Assistant Coroner Tanyka Rawden agreed with Makris’ assessment and returned a narrative verdict to the court that the AstraZeneca COVID shot led to Turner’s death.

Turner’s mother, Donna Turner, prepared a statement for the court, lamenting her daughter’s sudden death “when she was so healthy and just starting out on the pathway to her chosen career” and leaving her “absolutely broken.”

“I wish the AstraZeneca vaccine was not offered to Kasey,” Donna wrote, adding that holding off on the shot until later in the year “would have meant that the awareness of the risk of blood clots associated with the vaccine would have been known and Kasey would not have had this particular vaccine due to the increased risk and it being withdrawn for people under 30.”

“I understand the need for all frontline workers [to receive the jabs] but she was not on placement at the time as she was only on placement at certain periods. She was not dealing with patients and the risk to her was not great.”

The U.K. government issued guidance on April 7, 2021, two months after Turner was administered the shot, advising that people under 30 should not receive AstraZeneca’s COVID jab, but that they could still receive either the Pfizer or Moderna mRNA jabs against the virus. Both of the alternative shots have also been associated with severe adverse health events, including deaths.

One month later, on May 7, the government updated the guidance to advise anyone under 40 to avoid the AstraZeneca jab.

After reading Donna’s statement to the court, Rawden added that “[t]here are no words that are adequate to explain the loss of this incredible young lady who I’m sure would have served her community for many years as a paramedic.”