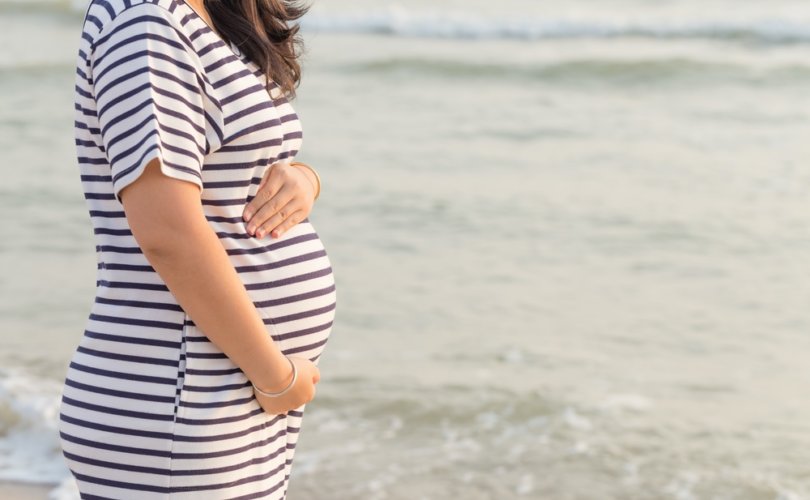 UNITED KINGDOM, July 29, 2020 (LifeSiteNews) — New video footage released yesterday shows the British Pregnancy Advisory Service (BPAS), the U.K.’s largest abortion provider, agreeing to send abortion pills to an undercover “mystery client” who informed them that she wanted an abortion to avoid looking pregnant on the beach while on holiday.

During the call, the undercover “mystery client” is asked by BPAS staff why she wants an abortion.

“I’d be more than happy to have children in the future and stuff like that,” she replies.

“And we’ve discussed that and we want children, but just not at this particular point in time because we’ve just literally, like, booked a holiday and we were just quite confined during the lockdown,” she continues.

“I mean, we’re both all right, but it’s just been a bit emotionally draining, all these restrictions and everything. And we were just so looking forward to this holiday and I just want to… We just wanted to really focus on this holiday and have a good time and not – I just didn’t want to worry about looking pregnant on the beach and all that. I just – it’s just so bad, the timing right now.”

The BPAS staff member replied, saying that it sounded as though the caller was emotionally unprepared for pregnancy.

“It sounds to me that the individual reasons you’re giving come down to you just not being emotionally ready for a pregnancy right now,” the staff member said.

“Any reason that you ever give is always going to be valid for you. So whether it’s physically with regards to however you look or feel, with regards to nausea, again all your travel plans, it sounds maybe like a physical, emotional time that you’re not ready for pregnancy right now,” she continued.

“I don’t want to put words in your mouth. What I have to do is attach what you tell me to a legal reason…Any reason other than the sex of the baby is a valid reason to us, but to attach it to a legal reason, it sounds like emotionally it’s not the right time. Because it doesn’t necessarily sound like it’s financial, possibly slightly physical, it doesn’t sound maybe mentally, like you’re not ready.”

The mystery client agreed and the lobby group Christian Concern reported that the undercover caller received the abortion pills shortly after the call.

Earlier this month Christian Concern released evidence from an undercover investigation which showed U.K. abortionists sending out abortion pills via mail without completing basic checks about the people ordering them.

The new footage was released by Christian Concern on the eve of their judicial review hearing against the government’s new regulations which authorize women in England to kill their preborn children at home by using both pills for a chemical early abortion.

When the regulations were announced in March, a government spokesperson from the Department of Health and Social Care said that the change was being made on a temporary basis only and is time-limited for two years, or until the coronavirus crisis is over. It was the third time the abortion law had changed in the space of a week; the government had first announced the change and then reversed the decision within 24 hours.

Since the introduction of “DIY abortions,” U.K. police have begun investigations into the death of a 28-week-old unborn baby after the mother took abortions pills sent in the post by BPAS.

The pro-abortion group Doctors for Choice defended the actions of the BPAS staff member recorded in the video in a series of tweets which claim that “[a]bortion is safer than childbirth” and that the U.K.’s 1967 Abortion Act, which places some restrictions on access to abortion, is outdated and that decriminalization of abortion is needed as part of women’s “healthcare.”

Today’s @CConcern video is misleading. Abortion is safer than childbirth, so any early medical abortion can be justified under Abortion Act clause C: continuing pregnancy carries a risk to woman’s physical/mental health, greater than if the pregnancy were terminated @BBCr4today

The current Abortion Act is outdated, treating anyone seeking an abortion, or doctor providing one, as a potential criminal. We need decriminalisation to bring abortion care in line with all other healthcare – a decision made by the patient, supported by their healthcare team.

U.K. lawyer Roger Kiska responded to the Doctors for Choice, tweets calling them “disingenuous” and “nauseating.”

“That really is the most disingenuous, jaded, spurious and ultimately nauseating  justification I have ever read for circumventing the law. Following your reasoning, abortion would be completely decriminalised which it is not,” Kiska wrote.

That really is the most disingenuous, jaded, spurious and ultimately nauseating justification I have ever read for circumventing the law. Following your reasoning, abortion would be completely decriminalised which it is not.

Abortion is permitted in England under exceptions to earlier laws which make it a criminal offense. The Abortion Act 1967 allows abortions up to 24 weeks, providing the abortion is committed by a registered doctor, and that two doctors agree that the mother’s physical or mental health is at risk, or that the child will be seriously disabled.

At the beginning of July, an attempt by the U.K. abortion lobby to pass legislation to permanently allow women to commit abortions at home by means of abortion pills was delayed after the government promised to hold a public consultation on the question. When announcing the government's plan to hold a public consultation, Minister for Women Victoria Atkins MP said that the current measures would be kept in place until the consultation has concluded and a decision has been made.