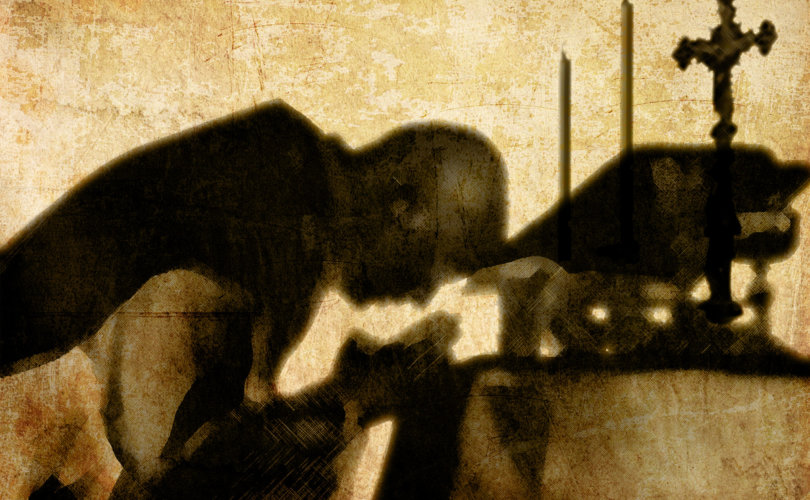 November 23, 2020 (LifeSiteNews) – Churches across the British Isles are returning to clandestine-style worship in the wake of the U.K. government’s lockdown prohibiting communal worship, as ministers and priests continue to hold services in “answer to a higher authority.”

In the current second national lockdown, communal worship is prohibited by law, and churches are permitted to open only for private prayer. The law was rushed through Parliament in early November by a vote of 516-38.

LifeSiteNews has already reported that during the first weekend of the new restrictions police entered at least one Catholic church in England on the suspicion that a supposed transgression was taking place.

The Observer reported how worship is returning to a style more recognized and associated with Catholic penal times.

Speaking under condition of anonymity, a Christian pastor noted that he and his community had continued their Sunday ceremonies throughout the current lockdown.

“We’ve been holding clandestine services since this lockdown began. It feels weird for us to act this way. People have said it feels more like an underground church in China,” he told the Observer.

“The fact that we have to sneak around to worship God, in fear of criminal prosecution, is alarming. But we do what we have to do,” he continued.

The minister added, “As Christians, we want to be the best citizens we can. We don’t want to be disobedient, but we’re being forced into a position where we either have to go with our religious convictions or go against our consciences and beliefs and submit to the state. That’s the situation we’re in.”

The Observer wrote that when speaking to a number of religious leaders across the country, “an increasing number of congregations are breaking the law in order to worship together, an activity banned under current restrictions.”

On November 15, police broke up a service in north London, held by evangelical pastor Regan King, stating that the event was in violation of the law. King had previously told national radio that “Our priority is our fear of God … We serve a greater law.”

According to the Observer, King plans to continue to hold further services, adding that his public example in defense of religious liberty had inspired many others to contact him, with a large number who were ignoring the state ban on religious ceremonies.

Another London-based minister told the Observer that “We’ve carried on as normal. We’re holding a couple of services each Sunday, with about 160 people attending in total. I don’t believe the government has the authority to tell the church of Jesus Christ that it can’t gather for worship. They have provided no evidence, they just classed us as non-essential. But we believe worship is the most essential thing in life.”

“We answer to a higher authority. When there is a contradiction between the laws of the country and God’s command, the Bible is very clear that God’s command must win out,” the minister added.

Father David Palmer had previously detailed on Twitter how he would continue to provide the sacraments for his congregation during the upcoming lockdown, in a manner somewhat resembling the ingenuity practiced by Catholic clergy during the Elizabethan persecutions. However, Fr. Palmer was banned by his bishop from even saying a private Mass while parish members were in the church praying privately.

More than 120 religious leaders from around England and Wales have issued a legal challenge to the government’s current ban on public religious ceremonies.

Speaking to the Observer, Andrea Williams, CEO of Christian Concern, said, “I never thought I’d say this in Britain, but churches are going underground. These are not isolated cases – and the longer it goes on, more churches will join the movement.”

In Wales’ recent lockdown, which closed churches for public worship, members of the New Hope Community Church in Cardiff continued to gather to pray. The result was that Welsh police arrived in a riot van and sent home the 30 people gathered there.

Reverend Wade Mclennan of the church told the BBC that other churches across Wales were also ignoring the ban.

Meanwhile, across the Irish Sea, Father P.J. Hughes in Ireland rejected the unconstitutional ban on public Mass and quietly continued to offer Mass without turning away the parishioners who appeared at the church. In response, police arrived at the church, turning people away and warning Fr. Hughes “that he may be prosecuted for breaching the Covid rules.”

The Irish government is expressly forbidding gatherings for “religious or other reasons” and threatening priests with a fine of €2,500 and/or six months’ imprisonment should they attempt to offer public Mass.

Two other Catholic priests in the southwest part of the country faced a similar response from the police when they attempted to continue the Church’s worship in an underground manner. After being contacted several times by the police, one of the priests was warned that if he continued to offer public Masses the police would “apply the full rigours of the law.”

Despite the ban, this past Sunday saw several priests across Ireland defy the law and celebrate Mass publicly. In total, dozens of priests in 11 counties offered Mass publicly — the first public Masses since the Irish government closed the churches on October 4.

As new laws prohibiting public worship become more intense and widespread, a priest told LifeSiteNews anonymously, “I think it’s vital that we, priests and religious particularly, be realistic about what is now happening in our own countries and around the world to religious freedom and civil freedom and not to be deterred from the challenges that now face us.”

“We are blessed and sanctified by the blood of so many that have gone before us, and so with continued effort in our interior lives, or a reanimation if it is necessary, we will be able to suffer courageously for Christ and His people,” he continued.

“I think it’s very important for us all to realise that, and not shy away from it. What is being asked of us now is monumental, but so are the graces that were given to the martyrs before us, and will be also be given to us if we but ask for them.”