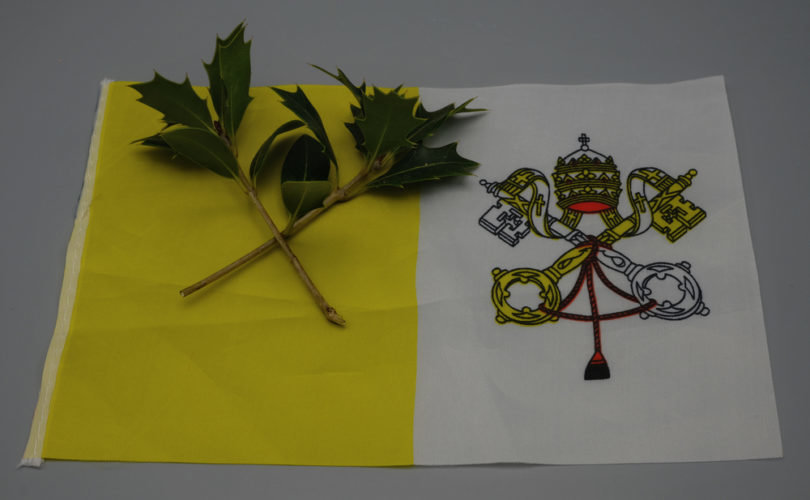 WESTMINSTER, U.K., May 20, 2021 (LifeSiteNews) – In pastoral letters released in time for the feast of Pentecost, the Catholic bishops of England, Wales, and Scotland have focused on care for the environment rather than the theological meaning of the feast, urging Catholics to reduce their use of “carbon-based fuels,” accusing people of having missed the “gift” of creation, and calling for Church-wide change.

The letter issued by the Catholic Bishops Conference of England and Wales (CBCEW) is entitled “Pastoral Letter on the Environment for Pentecost,” and is due to be read and handed out in churches on Sunday, May 23. However, despite being the letter for Pentecost, the text has as its focus “love, care and respect for our common home.”

The CBCEW used the feast to elaborate on how the “outpouring of the Holy Spirit on the Church” demands a response seemingly centered on the physical aspects of the Earth. The call to “renew the face of the earth” was reinterpreted into a purely physical understanding, based on environmental policies rather than spiritual truths.

“Our world, God’s creation, is a precious gift to us. It is our common home entrusted to each generation. But how have we used that glorious liberty? How do we honour this precious gift? Are we really demonstrating love, care and respect for our common home?”
The bishops stated that on the upcoming feast of Pentecost they were “acutely aware of the damage” currently being “inflicted on the Earth” in addition to the “repercussions” stemming from this “damage.”

It was the “urgency of the situation, and the enormity of the challenges we face” that moved them to write the letter, they explained.
Continuing, the CBCEW painted a dire picture of “systematic exploitation” of the earth: “For all too long we have either been ignorant of, or ignored, the systematic exploitation of our planet and the unsustainable consumption of its resources. While accepting the crucial need and demand for energy for the benefit of the poorest of our brothers and sisters, the provision of our energy must, nonetheless, be by means which radically reduce the use of carbon-based fuels.”

They called for a “new global understanding of our world,” based on “dignity of all people and their rights to sustainable livelihoods, in authentic freedom.”

To support this argument, the CBCEW seemingly referenced Pope Francis’s own call for a “new world order,” when the Pope envisaged a world devoted to addressing “green” issues.

“In our political thinking, there must be a new global understanding of our world, where nations recognise our common responsibility for the dignity of all people and their rights to sustainable livelihoods, in authentic freedom,” wrote the bishops. “Pope Francis speaks of a global politics that looks beyond our own needs to the needs of all, most especially the poor and the marginalised.”

The pontiff also made strong comments about the necessity to focus on the environment if humanity wished to continue: “We can no longer blithely accept inequalities and disruptions to the environment. The path to humanity’s salvation passes through the creation of a new model of development, which unquestionably focuses on coexistence among peoples in harmony with Creation.”
Such language and themes are strongly evident in the CBCEW’s pastoral letter.

— Article continues below Petition —
PRAYER PLEDGE: Join faithful Germans in prayer to STOP homosexual "blessings" and plunge into schism
Show Petition Text
11001 have signed the petition.
Let's get to 12500!
Thank you for signing this petition!
Add your signature:
Show Petition Text

“We all have a part to play,” the CBCEW declared, urging individuals as well as “parishes, families, schools,” to join in the global efforts “to restore our common home.”

A plea was made for Catholics to avail themselves of the “many resources” available in order to address their “choice of food, saving of water and electricity,” and to inform them on “suggestions about travel, waste, and re-use.”

Seemingly as signs of hope, the bishops pointed to the upcoming globalist meetings being held in the U.K. this year: the G7 meeting scheduled in Cornwall in June, and the U.N. Climate Change Conference, COP26, to be held in Glasgow in November.

The CBCEW even availed of the globalist terminology “build back better,” the phrase used by politicians across the world, notably Joe Biden and Pope Francis, to promote the World Economic Forum’s “Great Reset” anti-Christian agenda. The G7 Summit, which the CBCEW praises, has “build back better” as its motto.

“These meetings will gather together men and women who have the power to make defining choices and policies which will help us build back better, provide for our brothers and sisters, and take care of our common home,” the CBCEW declared.

Closing their Pentecost entreaty, the clerics encouraged people to have “hope” that “we can begin to repair the damage we have done and provide a healthy home for future generations,” and thus “‘renew the face of the earth,’” with reference to the environment.

However, commenting on the letter, Deacon Nick Donnelly, a Catholic catechist and author, accused the bishops of having ignored their spiritual duties: “I completely disassociate myself from the Bishops’ Conference of England & Wales’ Pastoral Letter for Pentecost. This has got nothing to do with proclaiming the Gospel and the salvation of souls.”

The environmental pastoral letter comes in conjunction with a Pentecost novena “on the care of creation,” promoted by the CBCEW and called “The river does not divide us.” The novena, drawn up to address the “urgent climate change issues that we all face,” contains frequent passages from the Pope’s environmental encyclical “Laudato Si.”

Each day closes with a “Common prayer for Earth and for humanity,” the first of which contains the lines: “Now more than ever, may we all feel interconnected and interdependent. Enable us to succeed in listening and responding to the cry of the Earth and the cry of the poor.”

The novena incensed faithful Catholics in England, with Deacon Donnelly questioning the priorities of the English hierarchy: “When was the last time you saw the English Bishops Conference promote a novena for the protection of babies threatened with being murdered through abortion? Me neither. Instead we get this.”

Donnelly’s sentiments were echoed by another cleric in England who was aghast at the apparent hijacking of the phrases of the scriptures: “In a time when Catholics are crying out for strong leadership, the letter instead parrots the worn out environmental maxims of globalists, and, worse still, seems to impart a meaning to the sacred scriptures that the Divine Author Himself did not intend.”

Meanwhile, the Catholic bishops in Scotland followed suit with their own environmental letter and by announcing the formation of a “Care of Creation Office” to prepare for the COP 26 meeting and to mark the sixth anniversary of Laudato Si.

Bishop William Nolan, president of the National Justice & Peace Commission, announced that the office would guide dioceses and parishes on the issues of “carbon footprint” and “carbon neutrality.”

The Scottish bishops’ letter referenced a “very solid scientific consensus” that accused mankind of having “brought the earth to a crisis point and that action is needed that is both urgent and deep rooted, particularly due to CO2 emissions.”

The bishops themselves accused people of having “taken that gift (of creation) for granted,” and called for Church-wide change in line with environmental policies.