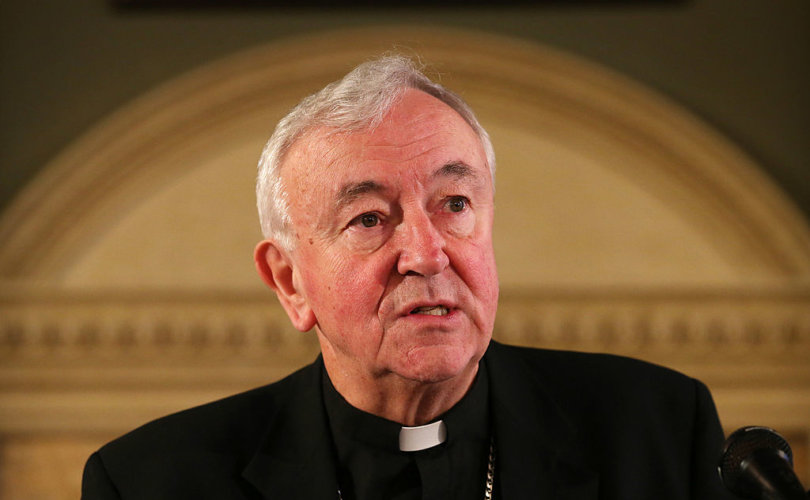 LONDON, November 27, 2020 (LifeSiteNews) – The U.K. based Coalition in Defence of Parents as Primary Educators has once again written to Cardinal Vincent Nichols and the bishops of England and Wales, urging that the bishops withdraw their support for “legislation imposing pro-LGBT Relationships and Sex Education,” as well as their support for laws that deny parents the right to remove their children from such classes.

As described on its website, the Coalition “unites Catholic parents in protecting their children and opposing compulsory Relationships and Sex Education which promotes the LGBT ideology and ‘confidential’ access to contraception and abortion and which is due to be introduced to schools in England.”

The Coalition originally wrote to Cardinal Nichols in September, asking that he reverse the support of the Catholic Bishops Conference of England and Wales (CBCEW) for state-mandated pro-abortion, pro-LGBT “Relationships and Sex Education.”

The letter noted that the Catholic Education Service (CES) had “wrongly stated that the Government is committed to protecting the parents’ right to withdraw their children from the new subjects,” when in fact parents now only have the right to merely “request” withdrawal from the classes, subject to approval of the head teacher.

On behalf of the CBCEW, the CES backed the legislation containing extensive information about contraception, abortion, LGBT ideology, and content equating same-sex “marriage” with natural marriage.

The Coalition received a reply from the secretary of the CBCEW, Canon Thomas, which “failed to address our concerns,” and hence wrote once more to Nichols “asking that CBCEW takes concrete steps to retract their support for this wicked legislation which is designed to corrupt our children in schools.”

In the most recent letter, the Coalition reminded the cardinal that the Catholic Church has constantly “recognised the primacy of the parents’ role in the education of their children, as well as their duty to ensure that their children are educated firmly in the faith.”

Canon Thomas had written to the Coalition, claiming that parents did in fact have the right to remove their children from Relationship and Sex Education (RSE). He added that “the Catholic Church will continue to be able to deliver RSE in its schools in line with Church teaching.”

Thomas denied that the new guidance would force Catholic schools to teach civil marriage as being on a par with “Sacramental marriage.”

However, the Coalition noted that this claim had “simply no legal basis,” affirming that the new compulsory education would indeed be a change to Catholic teaching.

The new regulations hold that there is no right to withdraw a child from Relationships Education in primary schools, and in secondary school, a child can only be withdrawn from RSE if the headteacher approves.

In a memorandum attached to the letter, the Coalition presents the various elements of the relevant legislations, noting that “Without the right of withdrawal parents also have very limited real influence in the much touted school consultation processes.”

The Government has even written to schools saying that they “ultimately make the final decisions and engagement does not amount to a parental veto […] over curriculum content.”

Under the Children and Social Work Act (2017), schools are required to “have regard to the guidance,” meaning that “Catholic schools are generally expected to teach according to the RSE Guidance.”

The guidance itself includes the stipulation: “There should be an equal opportunity to explore the features of stable and healthy same-sex relationships. This should be integrated appropriately into the RSE programme, rather than addressed separately or in only one lesson.” The legislation demands that by the end of secondary school education, children would be fully formed “in relation to pregnancy…including keeping the baby, adoption, abortion…” as well as “safer sex” and “reproductive health advice and treatment.”

However, there is even more which the Coalition warns of, for the letter highlights how the school inspection board, Office for Standards in Education, Children's Services and Skills (Ofsted), will penalise schools “for not actively promoting LGBT lifestyles in a positive way.” Consequently, children in primary schools would be taught about “sexual orientation”, “[same-sex] marriage and civil partnership” and “gender reassignment.”

Thus, contained within the RSE legislation, there is much content “that is in direct conflict with the moral tenets of Church teaching,” warns the Coalition. This guidance, the Coalition reminds Nichols, “was ‘welcomed’ by the CES.”

Indeed, the Coalition comments that, regarding Catholic schools being allowed to teach according to Catholic principles, “if there is leeway under the law for such Catholic teaching, the CES does not appear to have any interest in exploiting it.”

Furthermore, “much of what is directly contrary to Church teaching in the Statutory RSE Guidance has been absorbed directly into the CES model RSE curriculum (Autumn 2019), where in many cases it has been ambiguously merged with Catholic teaching.”

A resource compiled by the CES even states that an “exalted form of love exists just as powerfully in relationships between people of the same sex as it does in heterosexual relationships.”

Such an occurrence is not novel, however, for in its first letter, the Coalition reminded Nichols that a CES policy provided, “children in Catholic schools, including adolescents under the age of consent, with access to abortion and contraception services, without parental knowledge or consent via the Government agency Connexions.”

The Coalition closed its latest letter to the cardinal, by urging him to support “the campaign to reinstate the parental right of withdrawal from Relationships and Sex Education” and to “Publicly challenge the new Ofsted inspection guidance which establishes that all schools must promote LGBT life choices in a positive way or be penalised.”

The letter also appealed to the cardinal, asking that he publicly support parents who withdrew their children from RSE due to anti-Catholic teaching, and withdraw the CES’s RSE curriculum equating same-sex relationships with heterosexual ones.

Closing the appeal, the Coalition reminded the cardinal and the CBCEW that “We must put faith in God before fear of any Government, knowing that He will stand-by, vindicate and deliver the righteous, even though we may go through times of difficulty and persecution.”