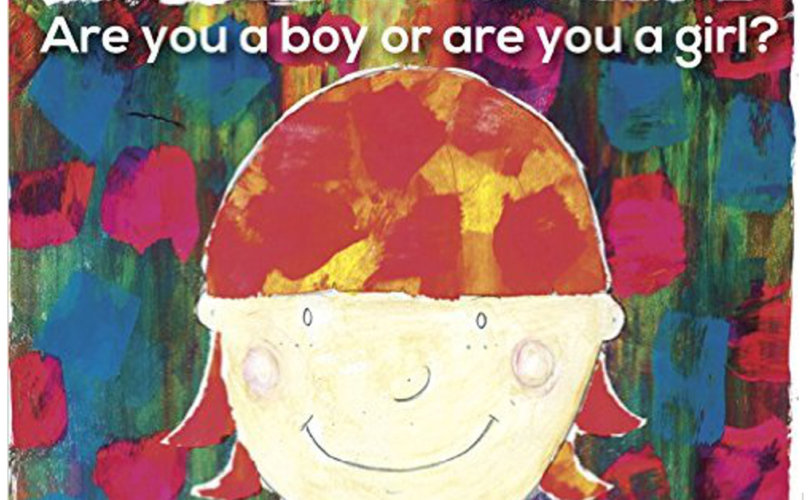 The taxpayer-funded Educate & Celebrate has published a number of books for young children promoting gender confusion.

January 5, 2017 (LifeSiteNews) – In a move that’s causing controversy, children as young as seven will be exposed to gender ideology in UK elementary schools later this month through a new book from an LGBT activist on “medical transitioning.”

The taxpayer-funded Can I Tell You About Gender Diversity? by CJ Atkinson, approved by the United Kingdom’s Department for Education, advises teachers, parents and students against using language suggesting there are only two genders. It shows the use of hormone blockers through a fictional 12-year-old who is “transitioning” from female to male so she can stop the onset of puberty.

Religious leaders and politicians in the UK are among those calling the book  ”damaging,” but the book’s author is pushing back.

“We call it trans-panic,” Atkinson stated in an interview with The Guardian. “This mud-slinging has to stop. It causes active harm.” Atkinson then cited the high rate of suicide attempts among transgender youth.

“The world is changing,” the author argued. “A book like this is needed.”

What will kids read in the book?

“My name is Kit and I’m 12 years old. I live in a house with my mum and dad, and our dog, Pickle. When I was born, the doctors told my mum and dad that they had a baby girl, and so for the first few years of my life that’s how my parents raised me. This is called being assigned female at birth. I wasn’t ever very happy that way.”

The Kit character then begins to use the puberty-blocking drugs to undergo a sex change to “stop my body developing in ways that make me unhappy.”

Kit’s “transition” entails wearing boys’ clothes, using male pronouns, and changing her birth certificate to show Christopher instead of Kit. The character discusses the possibility of surgery and also taking testosterone at 16 so that her body will imitate all the same puberty changes of males.

A bewildering array of terminology

Gender and sexuality are described in the book with what the Daily Mail called “a bewildering array of alternative terms,” which include “cisgender” for children “who think of themselves as being the gender which they were born,” as well as “panromantic,” “intersex,” “genderqueer” and “xe.”

Terms such as “ladies” and “gents,” and “boys” and “girls” are condemned in the book lest they discriminate against transgender students.

Atkinson — who identifies as “queer” and prefers the pronouns they, their and them —  insists that activists are not trying to “break everything down so that there’s nothing, so there’s no meaning in anything.” They rather see themselves as “opening it up so everybody can have access to everything.”

Who else is behind it?

Distributed by Educate & Celebrate, a UK government-funded entity that works to “transform schools and organisations into LGBT+Friendly places,” Can I Tell You About Gender Diversity? is billed by London-based Jessica Kingsley Publishers as “the first book to explain medical transitioning for children aged seven and above.”

According to a spokesman for the publisher, the book was commissioned because of  insufficient resources in schools.

“The introduction of gender-neutral toilets and non-binary pronouns are important first steps, but there is a definite lack of resources out there for teachers, parents and children themselves,” the spokesperson said. “This book will spark discussion in the classroom and at home, answering difficult questions that children may have about gender diversity.”

Copies of the book will be sent to the 120 “best practice“ schools with which Jessica Kingsley works, and the publisher expects hundreds more head teachers to purchase Can I Tell You About Gender Diversity?

Opposition to the book has come from at least one media outlet, as well as UK government and religious officials.

The Daily Mail’s Sarah Vine criticized it in her column, calling for the “nonsense” to stop.

“In attempting to improve the lives of a vanishingly small minority, we are threatening the sanity of — and yes I’m going to say it — normal children,” Vine wrote. “It’s time to put an end to this nonsense.”

“I think it is damaging to children to introduce uncertainty into their minds,” former Tory Party chairman Lord Tebbit said.

The prior Master of Wellington College said respect for all includes those who believe in traditional values.

“We have to respect the feelings of everybody, including teachers and parents who want traditional modes followed,” Anthony Seldon stated.

Anglican Bishop of Chester Peter Forster said the book would not be helpful in addressing the issue of gender confusion, adding, “This is likely to sow more confusion than clarity.”

“The hypothesis that gender identity is an innate, fixed property of human beings that is independent of biological sex — that a person might be ‘a man trapped in a woman’s body’ or ‘a woman trapped in a man’s body’ — is not supported by scientific evidence,” their report said.

The researchers also took issue with diagnosing gender dysphoria in children, as most will outgrow gender confusion and attempts to push acceptance of a “transgender” state only aggravate their confusion.

“Children are a special case when addressing transgender issues. Only a minority of children who experience cross-gender identification will continue to do so into adolescence or adulthood,” they stated.

Conditioning anyone to undertake impersonation of the opposite gender through surgery or chemical treatments is detrimental, the authors also concluded, as adults who opt for sex-reassignment surgeries experience “a higher risk of experiencing poor mental health outcomes.”