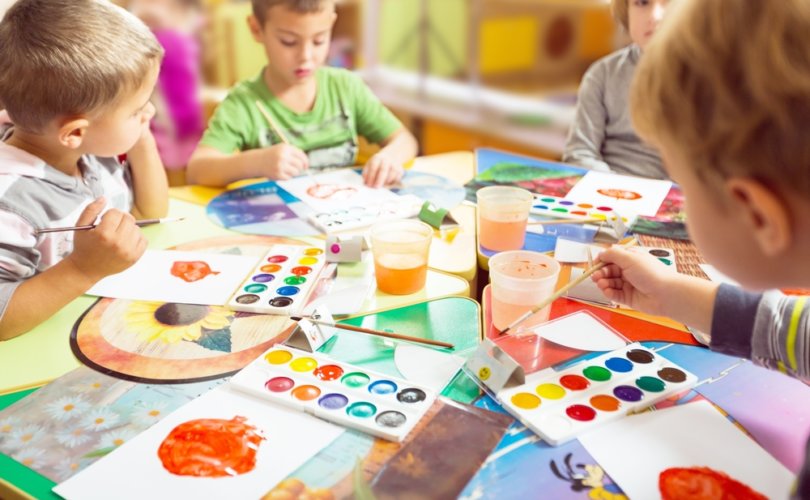 BRIGHTON, U.K. (LifeSiteNews) – Parents in Britain are outraged after their city council sent them letters asking them to support the “gender identity” of their children, some of whom are as young as four.

The letter, which was sent this week and was praised by the UK LGBT organization Stonewall, went to thousands of parents whose children are preparing to enter new schools.

It read, “We recognise that not all children and young people identify with the gender they were assigned at birth or may identify as a gender other than male or female, however the current systems (set nationally) only record gender as male or female.  Please support your child to choose the gender they most identify with.  Or if they have another gender identity please leave this blank and discuss with your child’s school.”

Children as young as four asked to consider which gender they most identify with by #Brighton & #Hove City Council pic.twitter.com/45IDpoGFVW

Brighton & Hove City Council’s lead member for equalities, Councillor Emma Daniel, defended the letter in a statement to Mashable, saying, “By acknowledging the range of gender identities in our school communities we are helping ensure schools are safe spaces for everyone.”

Daniel also said that the letter’s portion about gender identity was written in response to “calls from families, young people and schools to show an inclusive approach to gender.”

Tory MP Andrew Bridgen blasted the letter, calling it “utterly ridiculous” and saying that “schools should be teaching kids to read and write, not prompting them to consider gender swaps.”

“We will review this to see whether we can make it clearer that we consider discussions around gender identity to be an option for parents rather than an obligation,” Daniel said.

What @BrightonHoveCC's research & engagement with our residents has told us about trans people in education. pic.twitter.com/8Ls81HBBuX

Warren Morga, the leader of the city council, also tweeted that he was “proud” of his council for “leading on #Trans work.”

I'm proud my council is leading on #Trans work. If it helps even one kid be themselves or tackle bullying, then headlines don't matter.

In 2015, Morgan said that he would “take on and defeat homophobia, biphobia and trans phobia” if the Labour party won the local election.