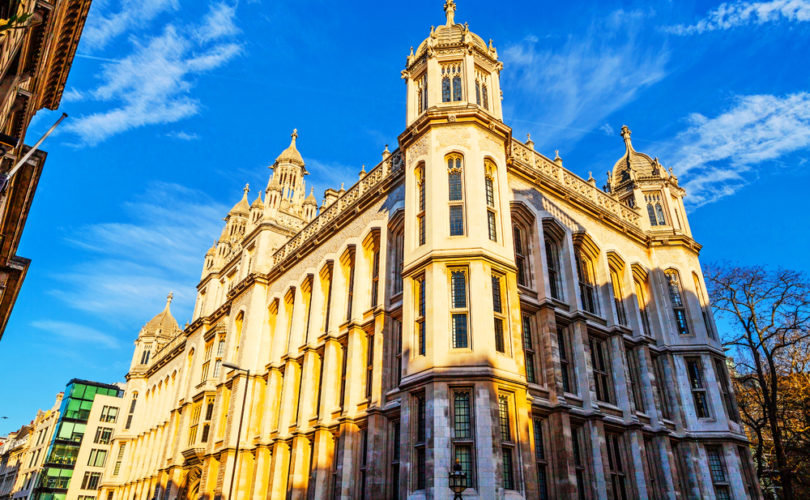 LONDON, UK, February 27, 2015 (LifeSiteNews.com) — King's College in London is considering demands by homosexual activists that a portrait of alumnus Lord Carey, the former Archbishop of Canterbury, be removed from a display of famous former students in its main building because of his opposition to same-sex “marriage.”

Lord Carey is on record for saying that same-sex relationships should not be “put on the same level” as heterosexual unions, and that re-defining marriage would “strike at the very fabric of society.”

Colin Hart, campaign director of the UK Coalition for Marriage, said, “Attempting to airbrush Lord Carey from Kings College’s list of distinguished alumni for his support of traditional marriage smacks of the most appalling form of censorship.”

Lord Carey remarked that he does not care whether his portrait is “peering out of a wall onto the Strand,” but he is concerned about restrictions on freedom of expression at the school.

“I am a Fellow of King's College and that is more important to me than peering out of a wall onto the Strand. My greatest concern is what this says about the status of free speech in the universities especially in a period when it is under exceptional attack,” he told Christian Today.

A spokesman for King's College London hedged around a clear statement on the school's intentions, saying only, “It is likely, subject to planning approval, that the proposed redevelopment of the Strand campus will require a review of the Strand windows and we will consider the diverse views of our students, staff and alumni at the appropriate time.”