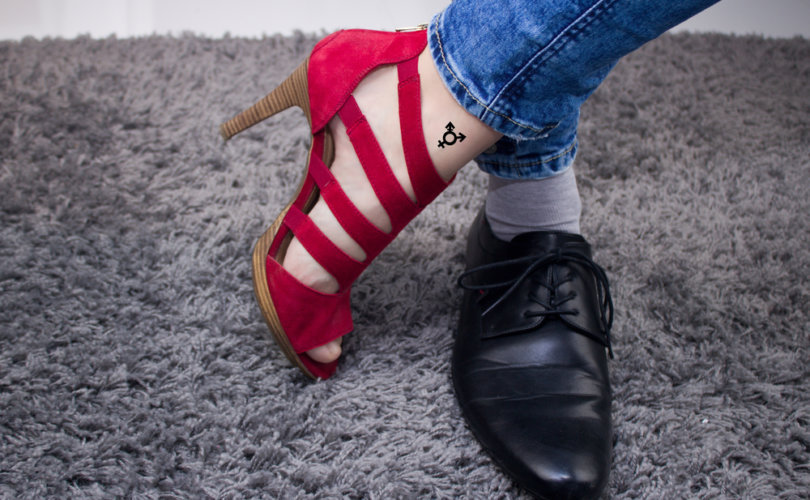 LONDON, December 1, 2020 (LifeSiteNews) — The English High Court of Justice ruled that puberty blockers are “experimental” treatments and that for the most part they cannot be given to children attempting to “transition” to become a member of the opposite sex without the clinician having recourse to the courts.

The court issued the ruling in the case brought by Miss Keira “Quincy” Bell and Mrs. A, the mother of an autistic child. Now 23, Bell had begun taking “puberty blockers when she was 16, was injected with testosterone at 17 and had a mastectomy aged 20.”

The Daily Mail reported, “She claimed she was treated like a ‘guinea pig’ at the clinic, and said doctors failed to carry out a proper psychiatric assessment and should have challenged her more over her decision to transition to a male as a teenager.”

Bell is now “transitioning back to a woman.” Commenting on the process, Bell said, “I was allowed to run with this idea that I had, almost like a fantasy, as a teenager … and it has affected me in the long run as an adult.”

“It was heartbreaking to realise I’d gone down the wrong path,” Bell said, in reference to her medical treatments attempting to change her into a man.

Both Bell and Mrs. A brought the case against the Tavistock and Portman NHS Trust, “which runs the UK’s only gender identity development service for children.”

The ruling decreed that in order for children to give consent to being treated with puberty blockers, they would have to properly understand the immediate and long-term effects, including the correlation between “puberty blocking drugs” and “cross-sex hormones,” potential “loss of fertility,” as well as the “unknown physical consequences of taking puberty blocking drugs; and the fact that the evidence base for this treatment is as yet highly uncertain.”

The court ruled it “highly unlikely that a child aged 13 or under would be competent to give consent to the administration of puberty blockers,” adding that it was “doubtful” that children age 14 or 15 could properly understand and appreciate the gravity of the process.

Children age 16 or older are legally recognized to “have the ability to consent to medical treatment.” Consequently, due to the “long-term consequences of the clinical interventions at issue in this case,” and since the process is “innovative and experimental, the court recognised that clinicians may well regard these as cases where the authorisation of the court should be sought before starting treatment with puberty blocking drugs.”

“We consider that it would be appropriate for clinicians to involve the court in any case where there may be any doubt as to whether the long-term best interests of a 16- or 17-year-old would be served by the clinical interventions at issue in this case,” continued the High Court.

Speaking to the gathered press after the ruling, Bell said, “This judgment is not political, it’s about protecting vulnerable children. I’m delighted to see that common sense has prevailed.”

“It exposes a complacent and dangerous culture at the heart of the national centre responsible for treating children and young people with gender dysphoria,” she added.

Bell was joined in the case by Mrs. A, a mother of a “16-year-old autistic girl who is currently on the waiting list for treatment.” Before the ruling, she spoke to the BBC, saying, “My fear is — it’s not that she transitions — it’s that she gets it wrong.”

Sky News reported that the Gender Identity Development Service (GIDS) at Tavistock had “2,590” children referred to the center in 2018-19, while the London clinic sees some children as “young as three,” as “around half of children are put on drugs to pause their puberty, known as hormone blockers.”

In a statement after the court decision, the GIDS website stated that the trust was “disappointed” and “is seeking permission to appeal the judgment.”

“Our first duty is to our patients,” the statement said, although in contrast, the solicitor for Bell and Mrs. A commented that “as matter of serious concern — despite its international reputation for mental health work, this judgment powerfully shows that a culture of unreality has become embedded in the Tavistock.”

However, Transgender Trend, a U.K. organization “concerned about the current trend to diagnose children as transgender,” welcomed the ruling, saying, “We are delighted.” The organization had become involved in the case, submitting evidence that “GIDS operates within a core illogicality: a belief that biological sex is irrelevant to being a boy or being a girl, while providing a service that is predicated on the existence of, and ability to define, a ‘boy body’ and a ‘girl body’ that children might move between through medication and subsequent surgery. This is of course an impossibility, but it is an outcome that children are led to believe is possible.”

Transgender Trend also said that GIDS “colludes in beliefs that depend on the rejection of biological facts, giving greater weight to a subjective, self-declared identity over the material fact of biological sex.”