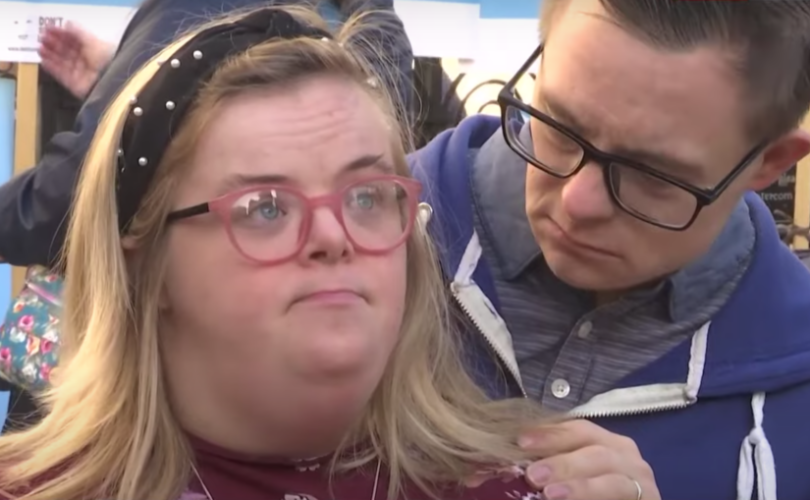 LONDON (LifeSiteNews) — The U.K. Court of Appeal has ruled against a woman with Down syndrome’s petition to have legislation repealed that allows unborn children suffering from disabilities to be aborted up until the moment of birth.

“The court recognises that many people with Down’s syndrome and other disabilities will be upset and offended by the fact that a diagnosis of serious disability during pregnancy is treated by the law as a justification for termination, and that they may regard it as implying that their own lives are of lesser value,” reads the recent court decision written by Lord Justice Underhill, Lady Justice Thirlwall, and Lord Justice Peter Jackson.

“But it holds that a perception that that is what the law implies is not by itself enough to give rise to an interference with Article 8 rights (to private and family life, enshrined in the European Convention on Human Rights),” added the court.

Reacting to the summary judgement, the challenger of the law, 27-year-old Heidi Crowter, who herself has Down syndrome, told reporters outside the London courthouse: “I am very upset not to win again, but I will keep on fighting because we have already informed and changed hearts and minds and changed people’s opinions about the law.”

‘It makes me feel I should be extinct’, says Heidi Crowter after legislation which allows the abortion of babies with Down’s syndrome up until birth is upheld

Crowter also stated that she will consider taking her case to the Supreme Court, adding that the appeal court’s decision “tells me that I am not valued and of much less value than a person without Down’s syndrome.”

“I am angry that the judges say that my feelings don’t matter. That makes me feel that I am not as valuable as a person without Down’s syndrome.” Crowter later added that the current abortion legislation makes her feel as though she “should be extinct.”

Under the current law, abortion is restricted at week 24 of pregnancy, unless “a substantial risk that if the child were born it would suffer from such physical or mental abnormalities as to be seriously handicapped.”

In her initial filing, Crowter had argued that because the law treats people differently based on whether or not one is disabled, the section of the British Abortion Act 1967 that permits the practice is unlawfully discriminatory.

Crowter had faced defeat in the United Kingdom’s High Court in September, which is what led her to take her case to the Court of Appeal.