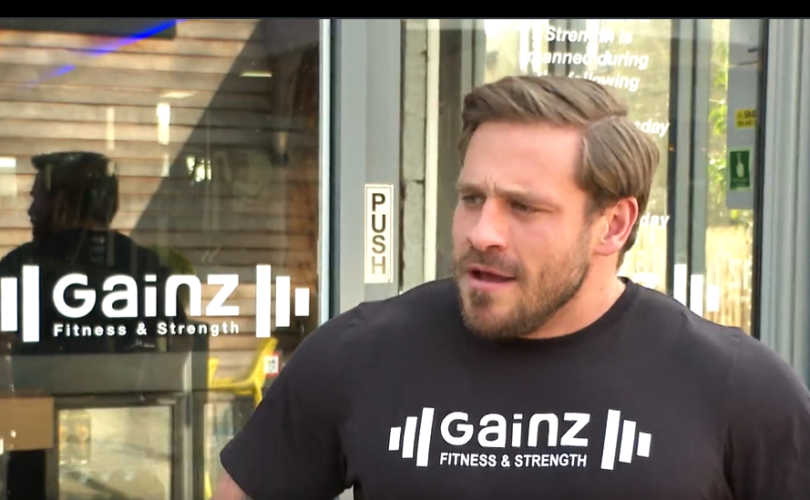 (LifeSiteNews) — Hundreds of small business owners who defied England’s COVID-19 lockdown orders may see their imposed fines revoked, according to a defense attorney racking up dozens of victories for clients.

Lucinda Nicholls, a lawyer for Nicholls & Nicholls in London, has endeavored to defend these businesses in court and has been quite successful, according to the Daily Mail.

So far, 23 of 25 cases against her clients have collapsed and the remaining two are being appealed. Further, more than 800 other businesses possess “strong cases” for possible challenges.

The legal vulnerabilities of the imposed fines have been attributed to law enforcement authorities being ignorant of exemptions to complex lockdown regulations that often changed, according to The Times.

Gyms that were fined for remaining open during lockdown periods are particularly well placed to have their penalties rescinded, Nicholls indicated.

“If you had a body mass index of more than 40,” she explained, “under the regulations you were entitled to go to a gym for exercise. Therefore, gyms were allowed to be open for that category of customer.”

One such business owner is Alex Lowndes, who runs Gainz Fitness & Strength in Bedford. In November 2020, he and his co-owner wife Amber Lowndes were given a prohibition notice for staying open. Three customers were issued £200 fines after a police raid.

Amber said at the time, “It’s no secret that we’re fighting this campaign to stay open to make gyms essential. I can’t believe we’re at this in 2020, that it’s a crime to exercise in a gym and it shouldn’t be.”

Eventually, the gym owners faced a £10,000 fine, which was recently dropped due to what Alex referred to as a “flimsy” and “inept” case against them.

Nicholls explained that given this situation “it’s been quite easy to recognize where there have been problems in the enforcement and prosecution of these types of cases.” And yet even after “highlighting such significant problems, [prosecutors are] still insistent on proceeding,” she complained.

Mr. Lowndes concluded that for the local prosecutors, at least in his case, “it was a blood lust in the end. They should have looked at it even six months in and gone ‘this is a waste of time.’

Alex Lowndes, of Gainz Fitness & Strength in Bedford, was charged for defying Covid rules in November 2020. Bedford Borough Council pursued him for 18 months in the courts but couldn’t find enough evidence. A spokesperson said they acted in line with their duty at the time. 3/ pic.twitter.com/zeHGe7XkkV

“But they kept going and they kept going. They brought in an external barrister, they kept spending money, using resources, time, everything else, and it just got out of control.’”

Nicholls told the BBC, “We’ve been in scenarios where costs have just added and added, and we’ve written to the local authority saying, ‘Why are you doing this? This is completely unnecessary.'”

But a Bedford Borough Council spokesperson responded, stating, “’We brought this case because there was ample and sufficient evidence for a successful prosecution following the non-payment of a fixed penalty notice and because it was in the public interest to prosecute, and the Judge stated that they found no fault with how the Council brought the prosecution.”

Explaining the rationale for keeping his business open, Mr. Lowndes said, “It became clear it was an airborne disease, you’re more prone to it if you’re unhealthy, overweight, etc., and gyms contributed a very small amount to the spread of the virus.”

“From a mental health point of view, gyms are really important, people depend on them, and I think people underestimate that.

“[Contesting the case] was based on principle. We should never have shut in the first place, and we stand by what we did at the time.”

The deadly truth about lockdowns and masking policies
Report affirms lockdowns are causing major harm to minds, bodies, livelihoods
U.S. professors say COVID-19 lockdowns ‘had little effect on the spread of the coronavirus
Dennis Prager: COVID lockdowns are no longer a mistake but a ‘crime
Billionaires thrive as poverty rises significantly due to COVID lockdown policies